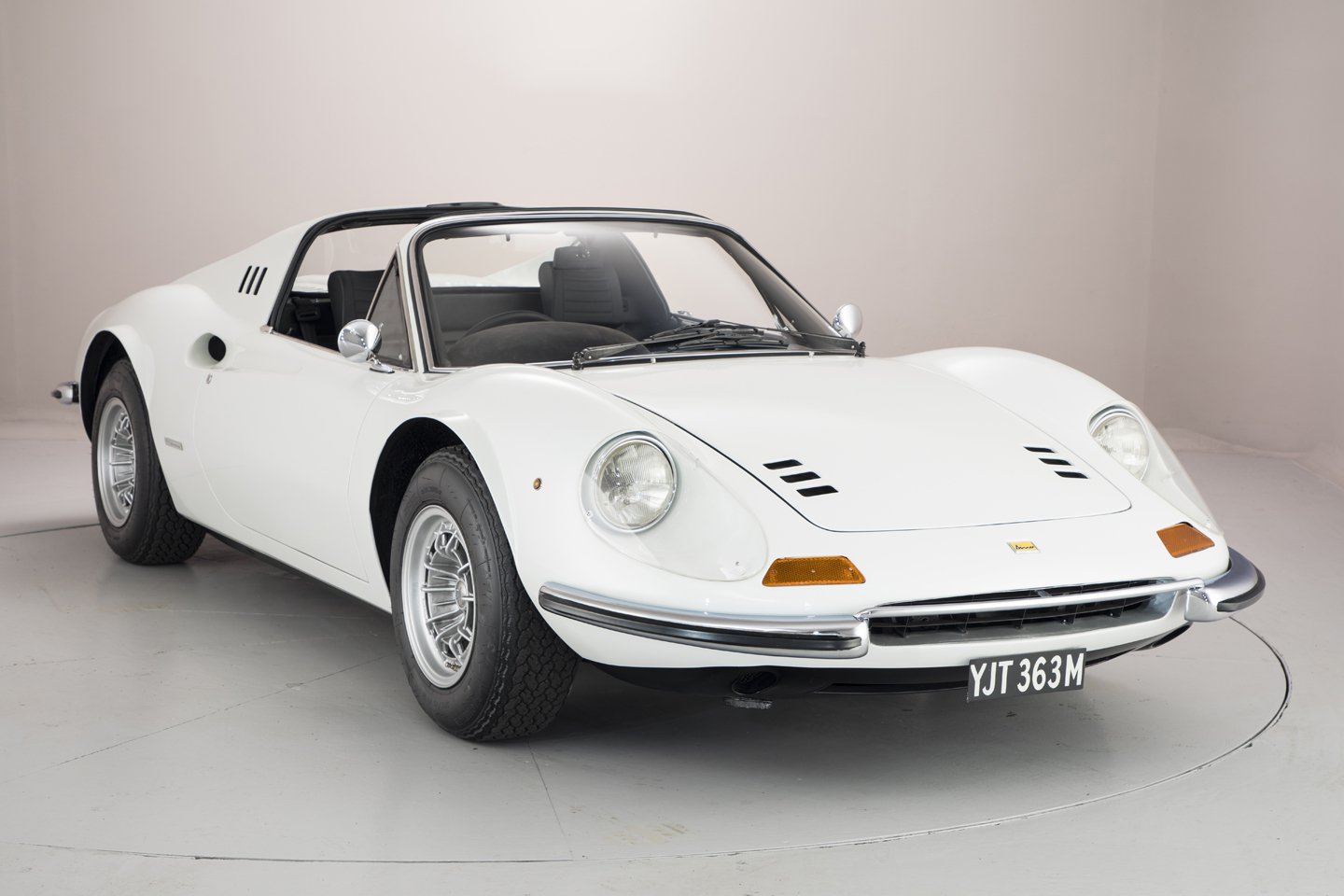 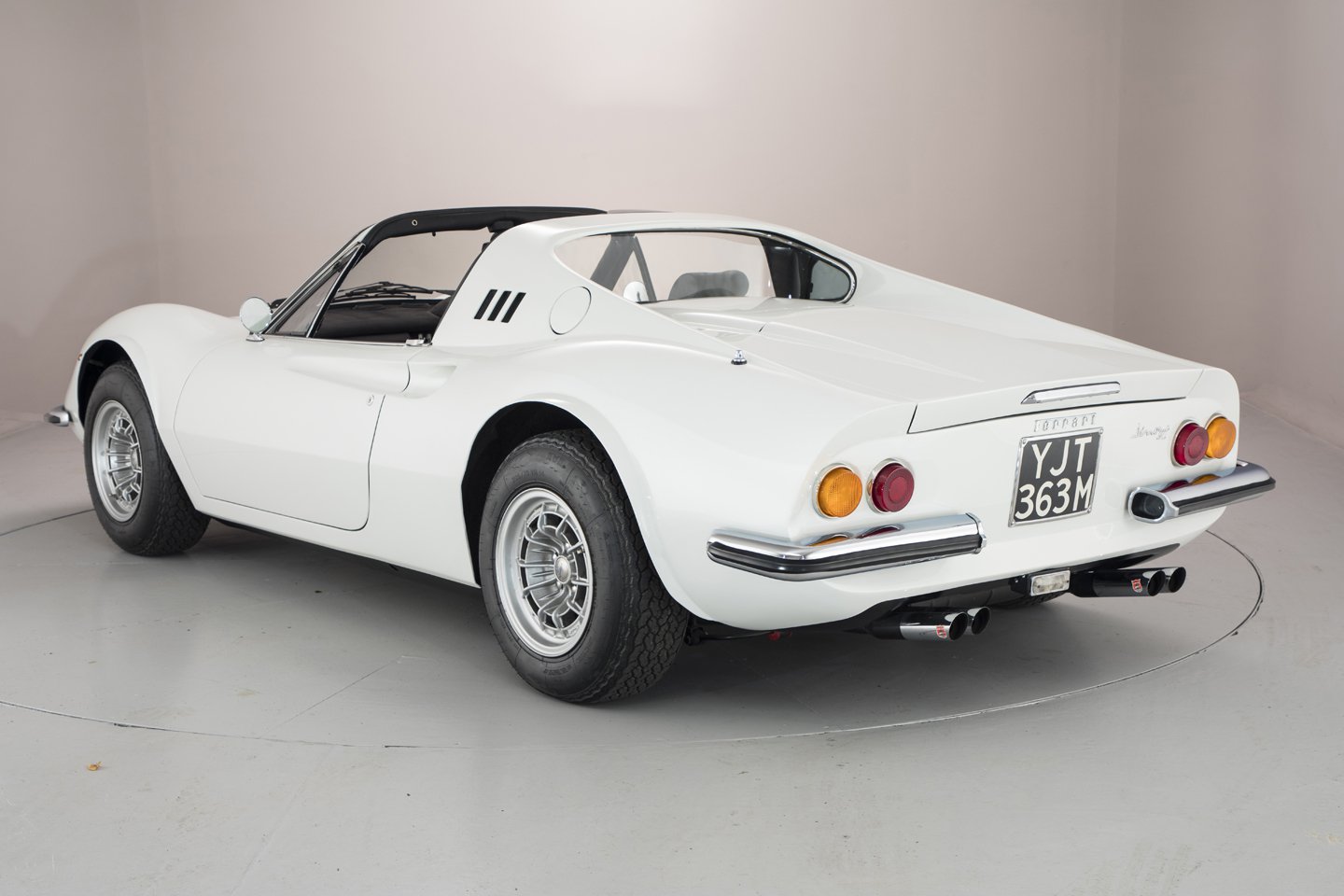 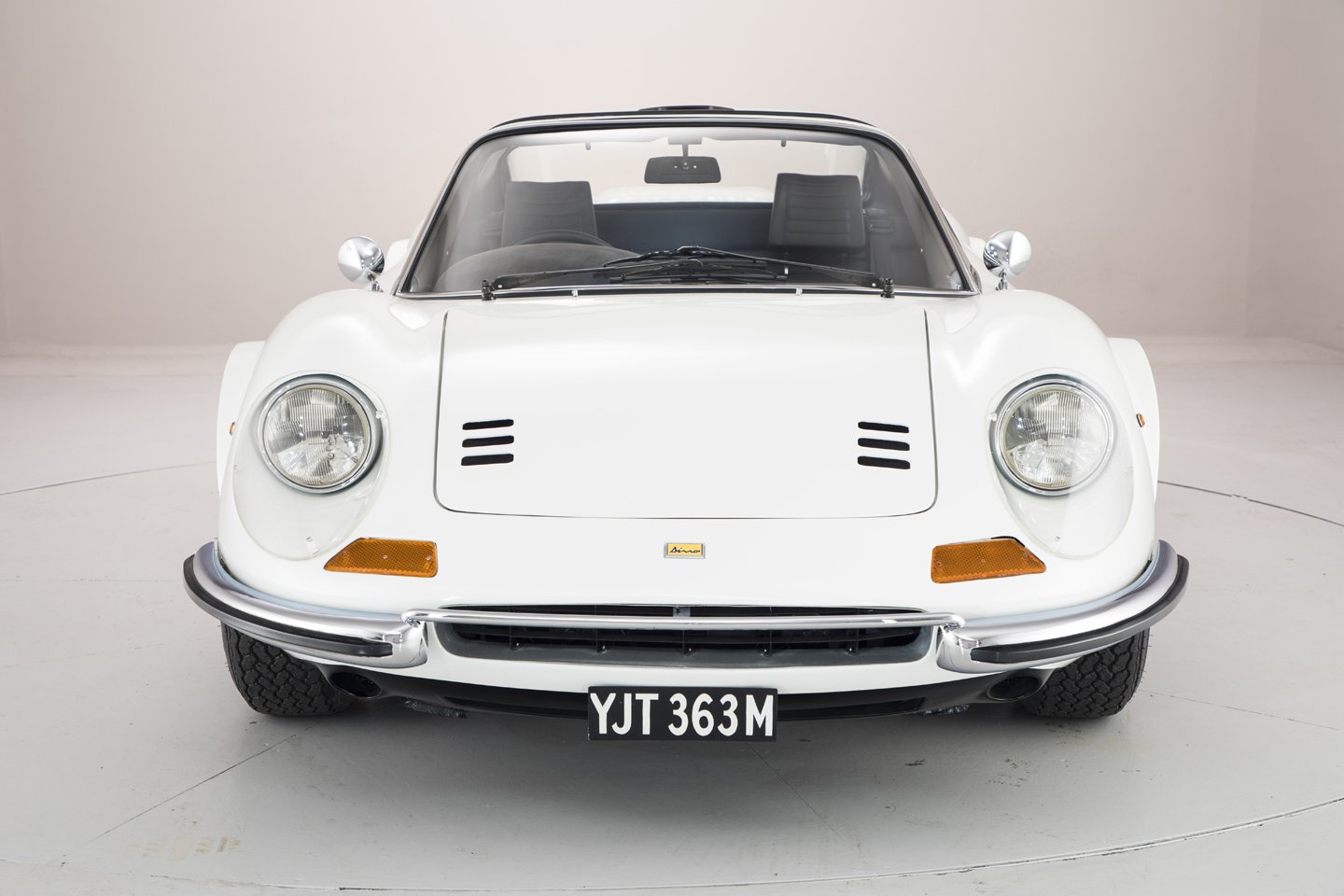 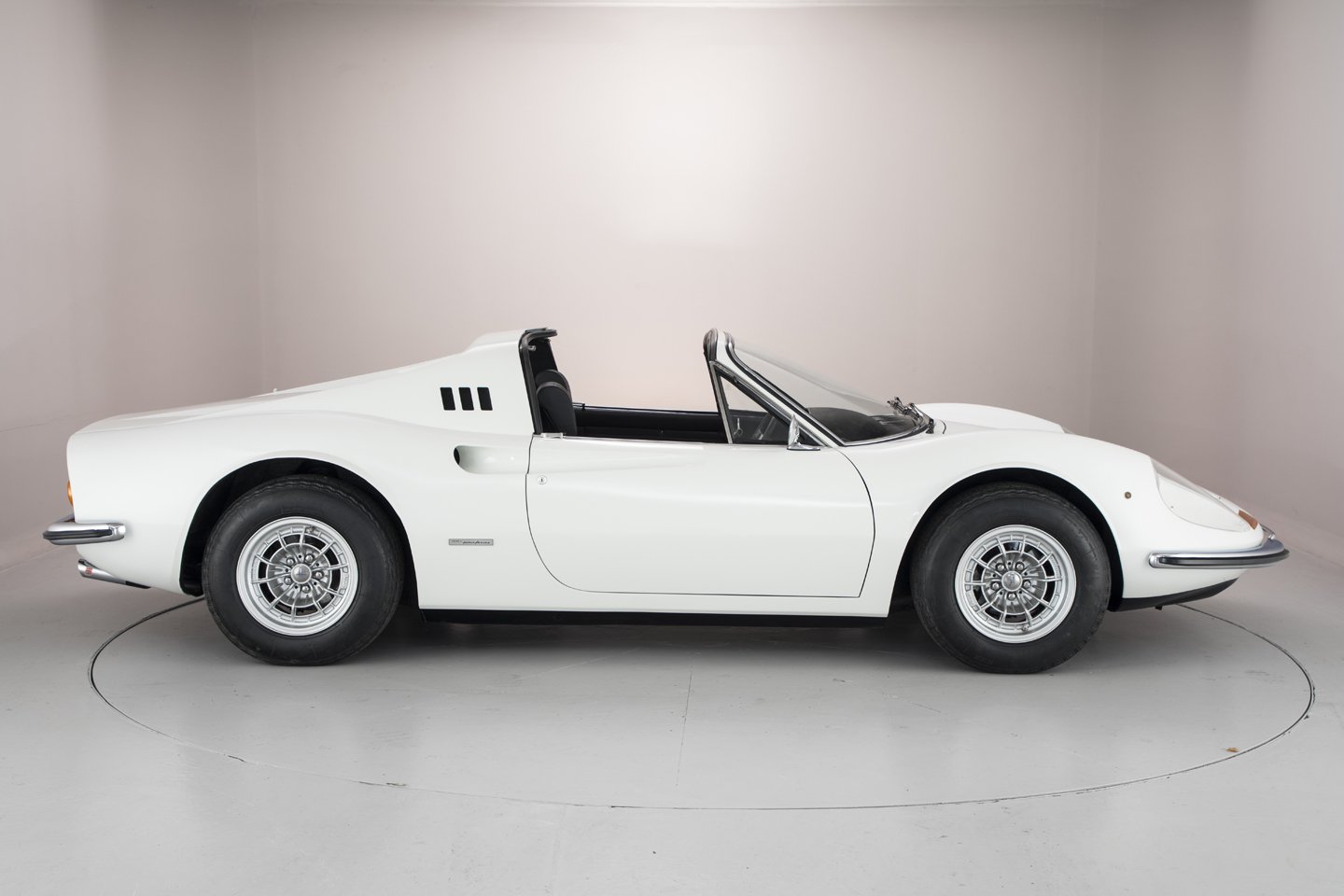 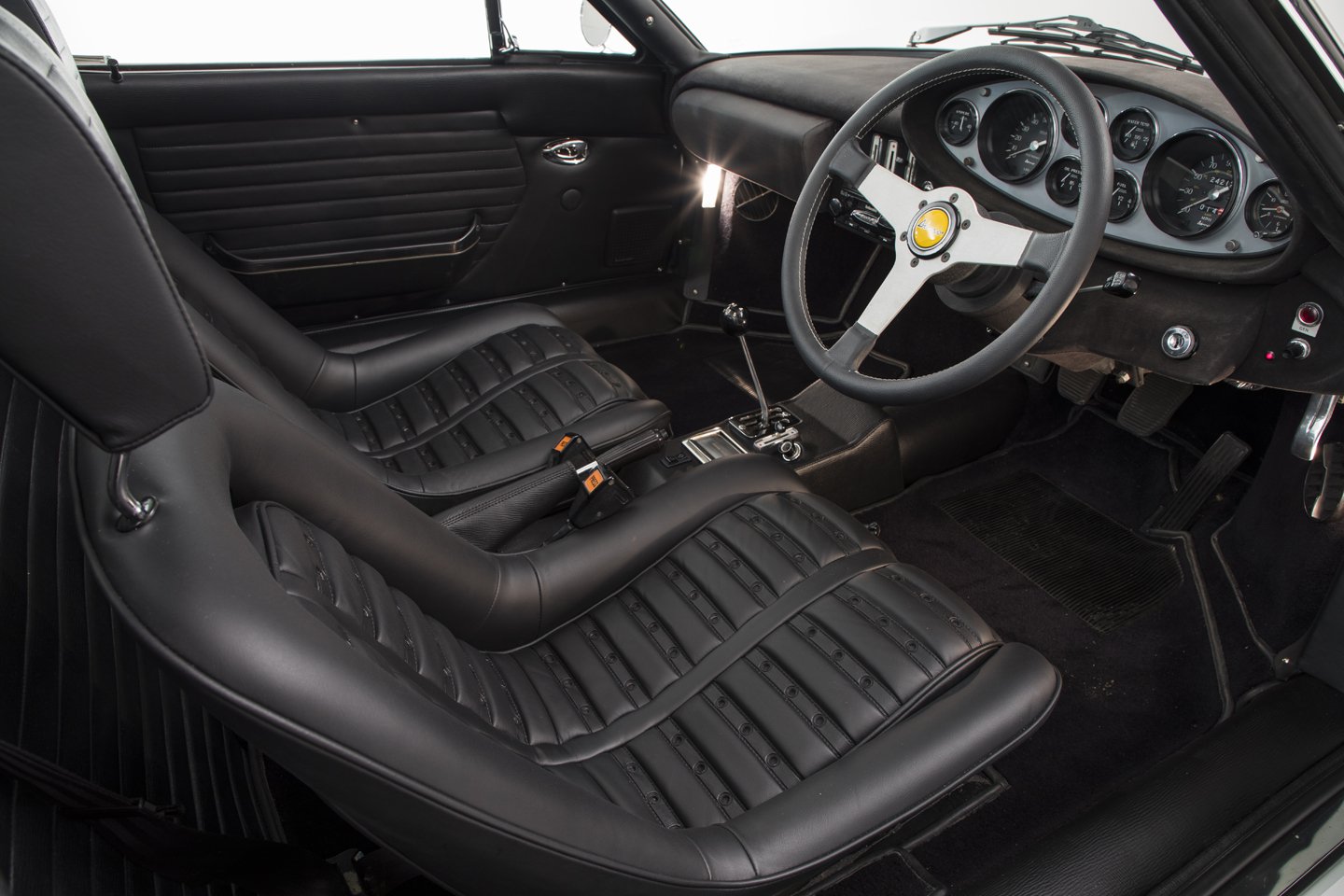 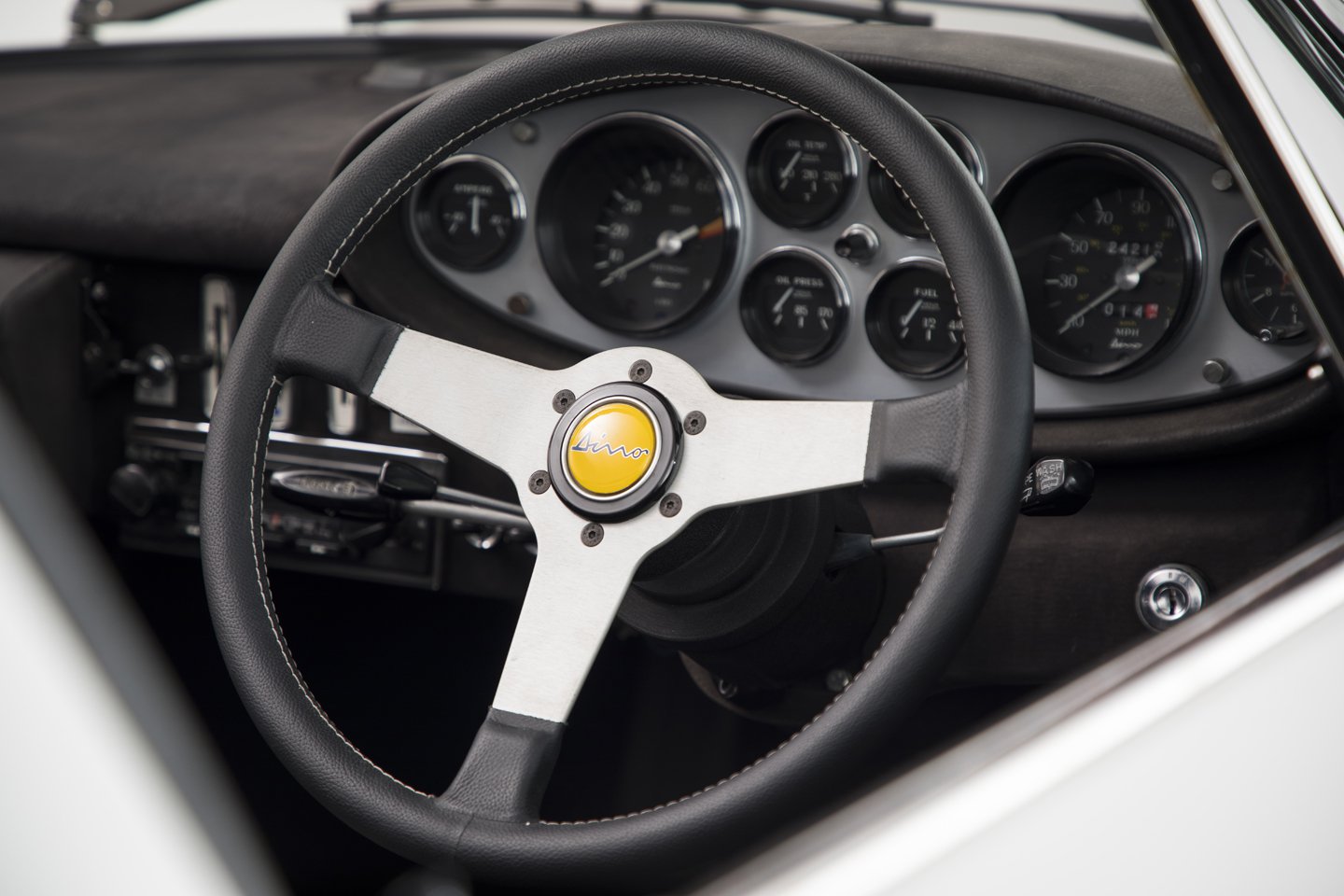 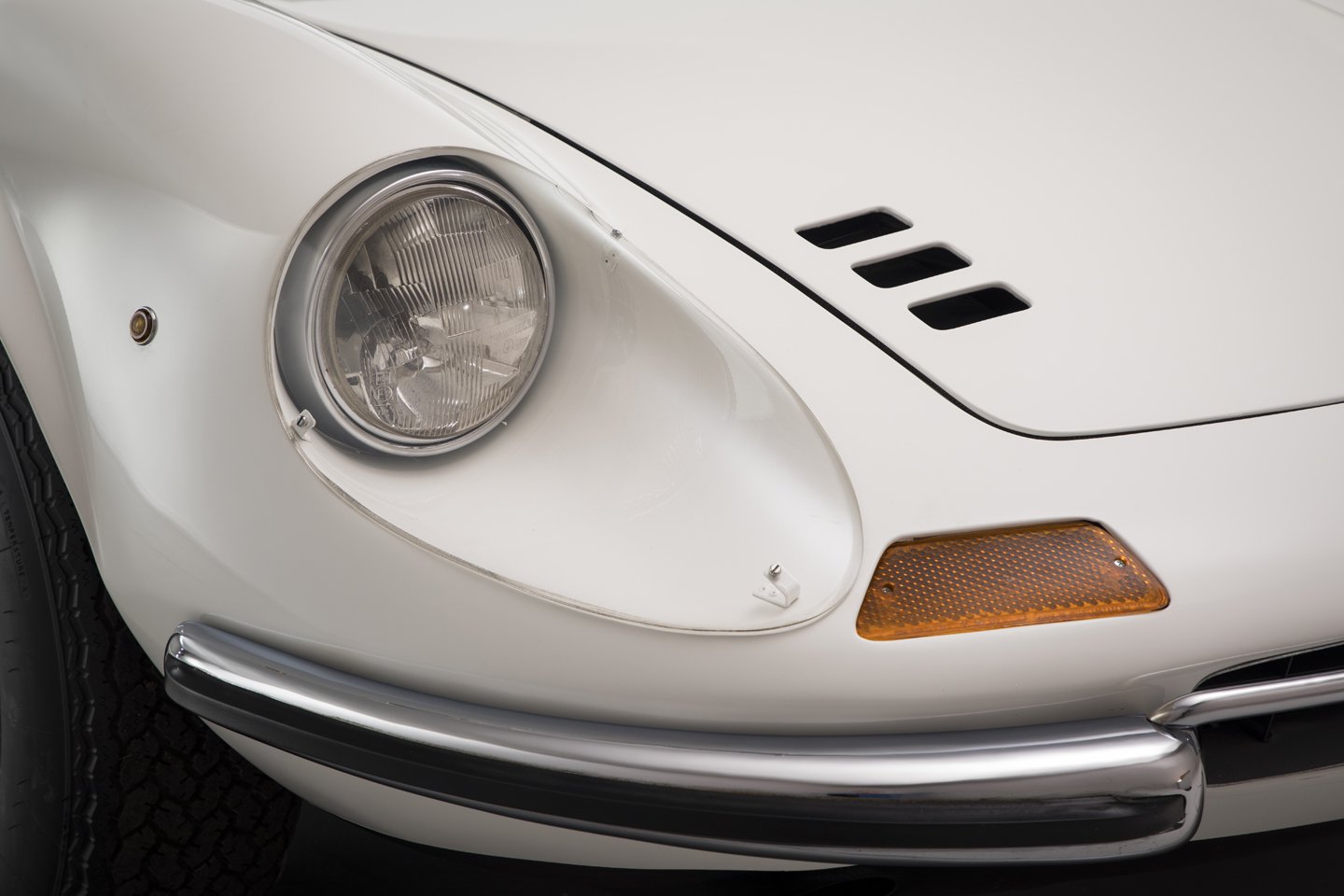 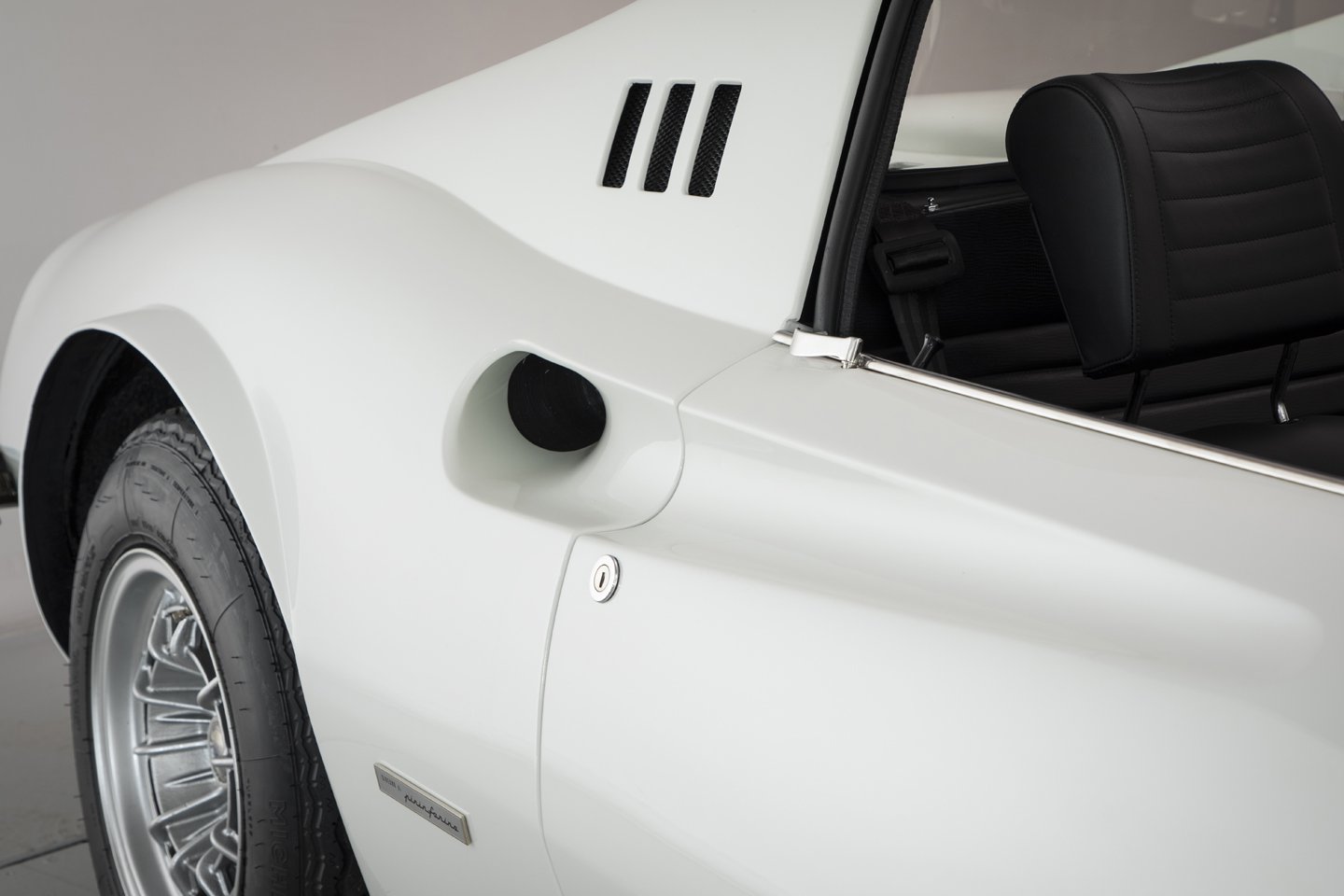 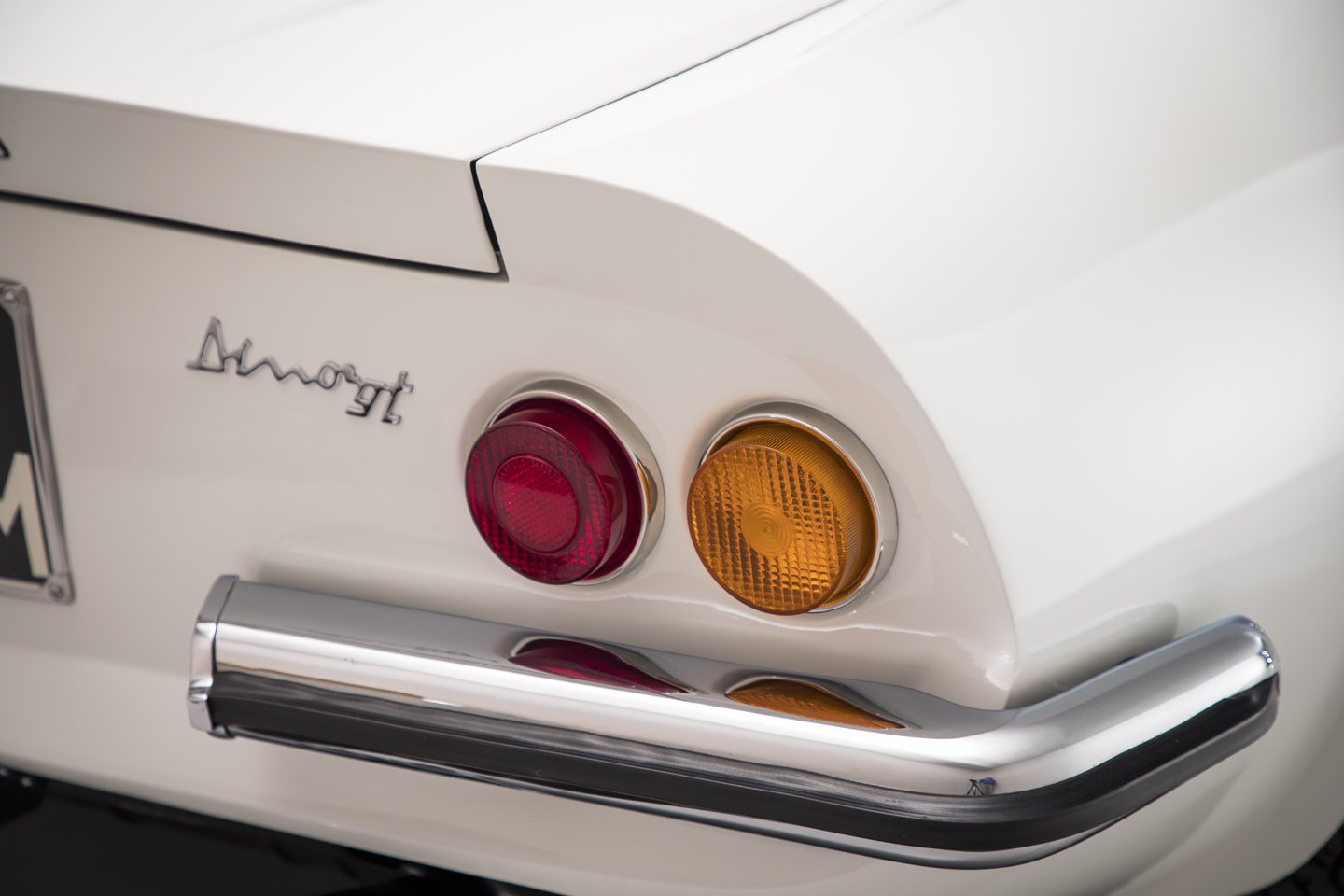 No small Ferrari has captured the imagination of aficionados and newcomers to the Maranello marque with such enthusiasm. Ferrari and their appointed styling house Pininfarina had created an icon. The new Dino 246GT was an absolute delight from all angles; its beauty, handling, sound, comparative affordability, and mid-engined layout was combined with unusually good all round visibility. Its reliability was said to be the first car from Ferrari that could safely be kept as the owner’s only car.

The 246 Dino engine, with four overhead camshafts, was mounted transversely behind the driver and in front of the rear axle. Power to the wheels coming via drop gears to the transverse 5-speed gearbox, in unit with the differential and engine sump. Introduced at the 1969 Geneva Motor Show, detail changes for the 246 included new seats, iron engine block, bolt on wheels, a steel body, more power, better torque and a lower price. Our car which is a series 3 variant benefits from differences to the gearing and fuel supply.

A revelation in terms of road holding and stability, nothing had been made like this before. Handling was like that of a racing car although the car was more user friendly and reliable than the big V12s. Styled by Pininfarina and stunning from every angle, the Dino must surely rank as one of Ferrari’s all time classics and without doubt an appreciating asset.

This is a very modern car and a real step in Ferrari history; it is the first model to be fitted with rack and pinion steering and mid-engine design. More generally it announced a new age for Ferrari as its concept and design, the 246 was a much better car with a more powerful engine and better road holding due to the longer wheel base. With its 195 HP it was able to reach a top speed of 235 km/h and hit the standing kilometre in 27 seconds. The excellent chassis made the car much quicker than bigger ones and it is still a real enjoyment on small roads 40 years on. The interior is nice and refined, the large trunk and high top speed made it also a real grand tourismo car. The iconic Dino 246 will remain as one of the best and nicest model built by Ferrari to date.

Our car is an example of the much favoured GTS open-top variant supplied new by Maranello Concessionaires and was commissioned to be built in Bianco Polo Park (20-W-152) with black hide (VM 8500) and 7½” Campagnolo wheels as the car is presented today. This rare Dino is also fitted with the desirable Daytona seats.

Having just benefited from a fresh re- paint and interior re-trim this is without doubt a unique and rare opportunity to acquire the penultimate Dino imported to the UK.