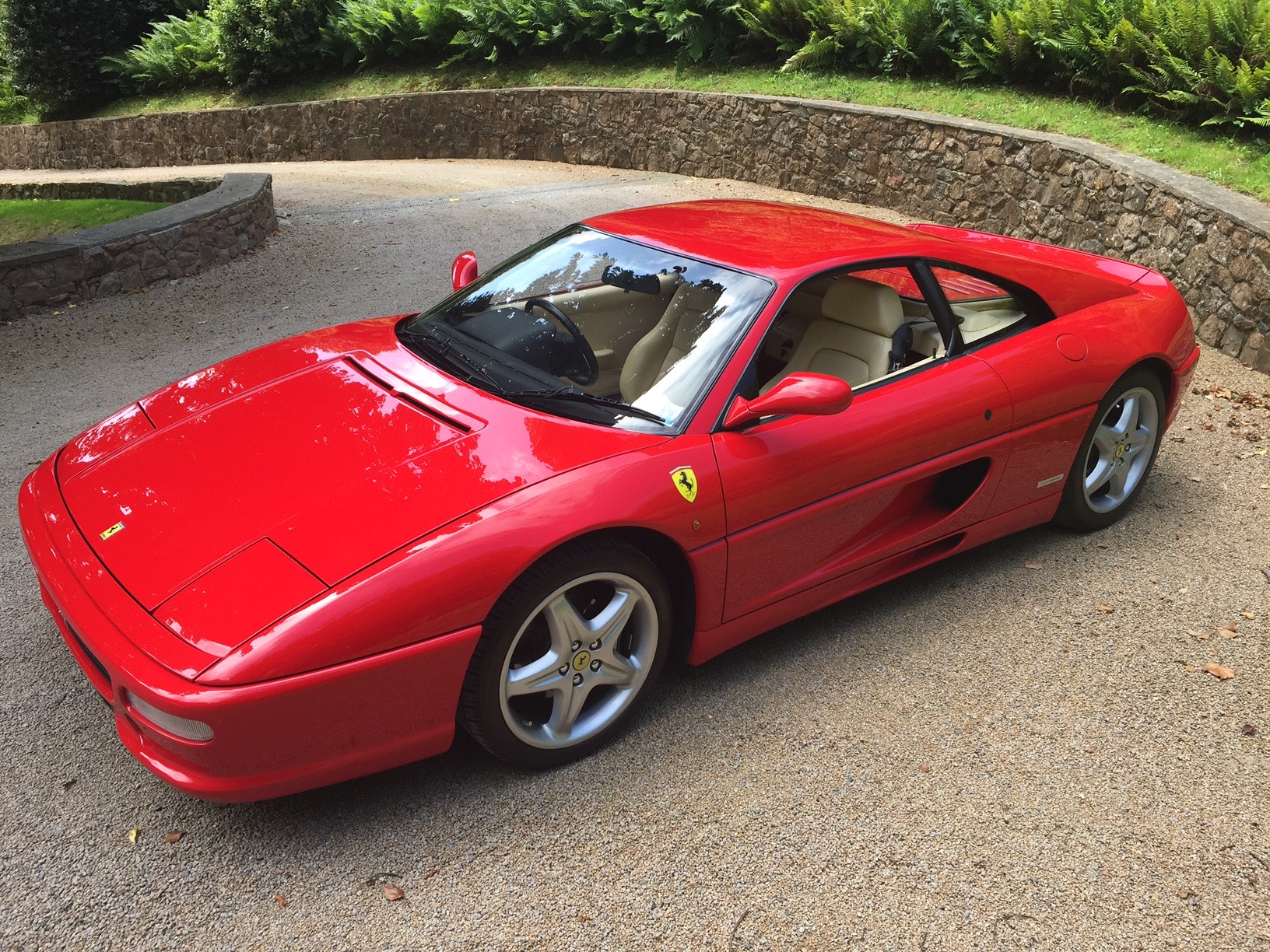 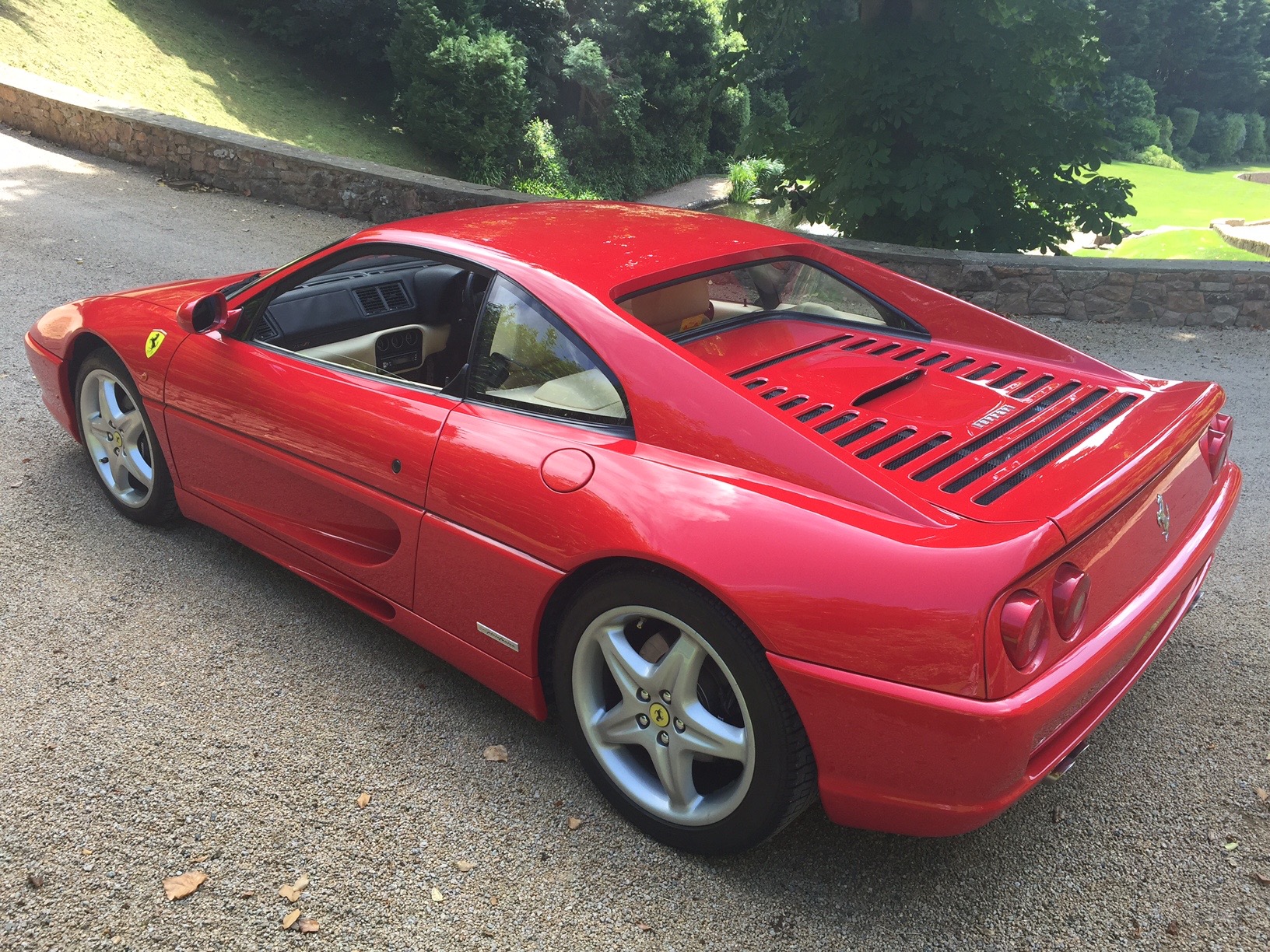 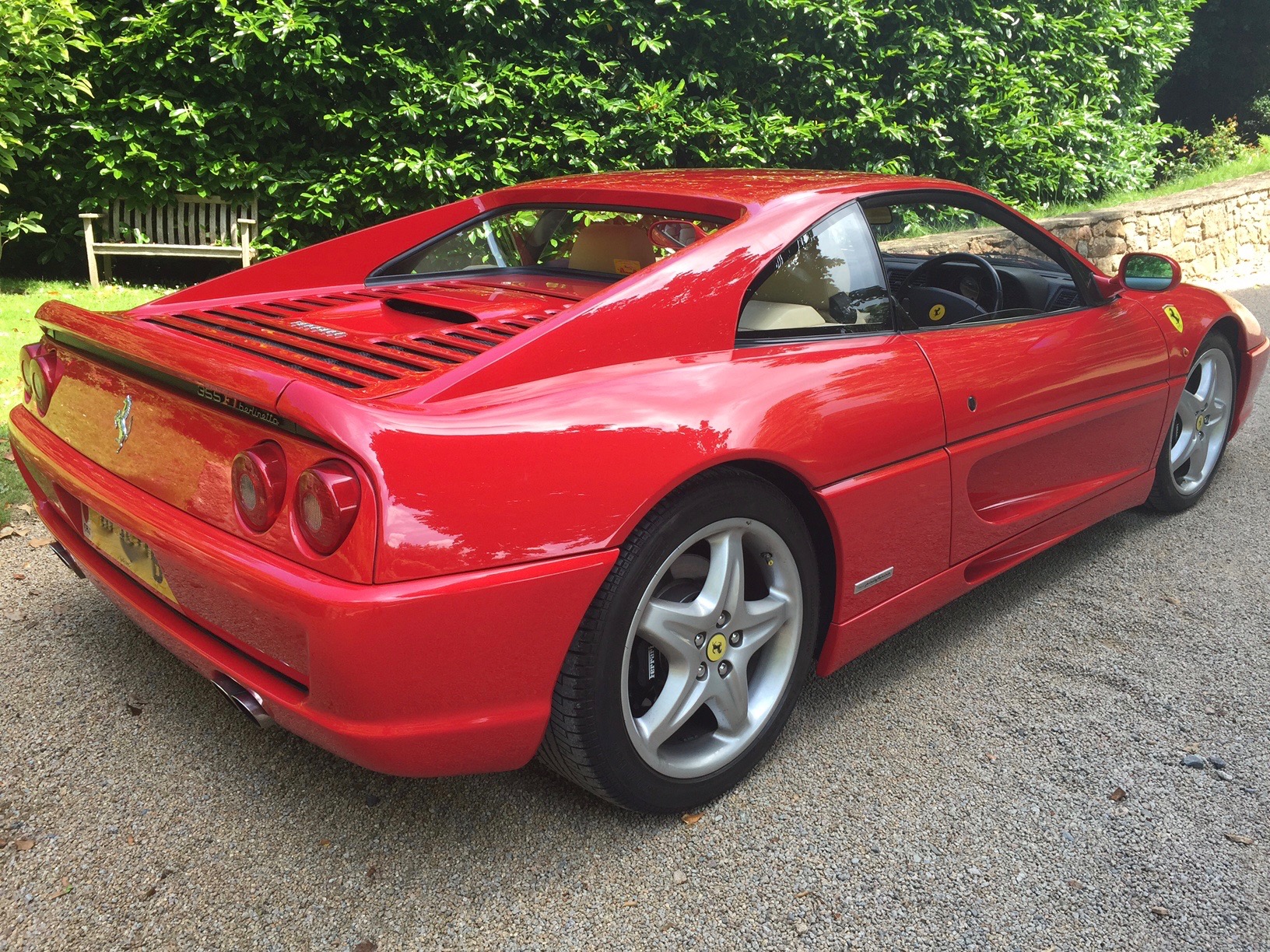 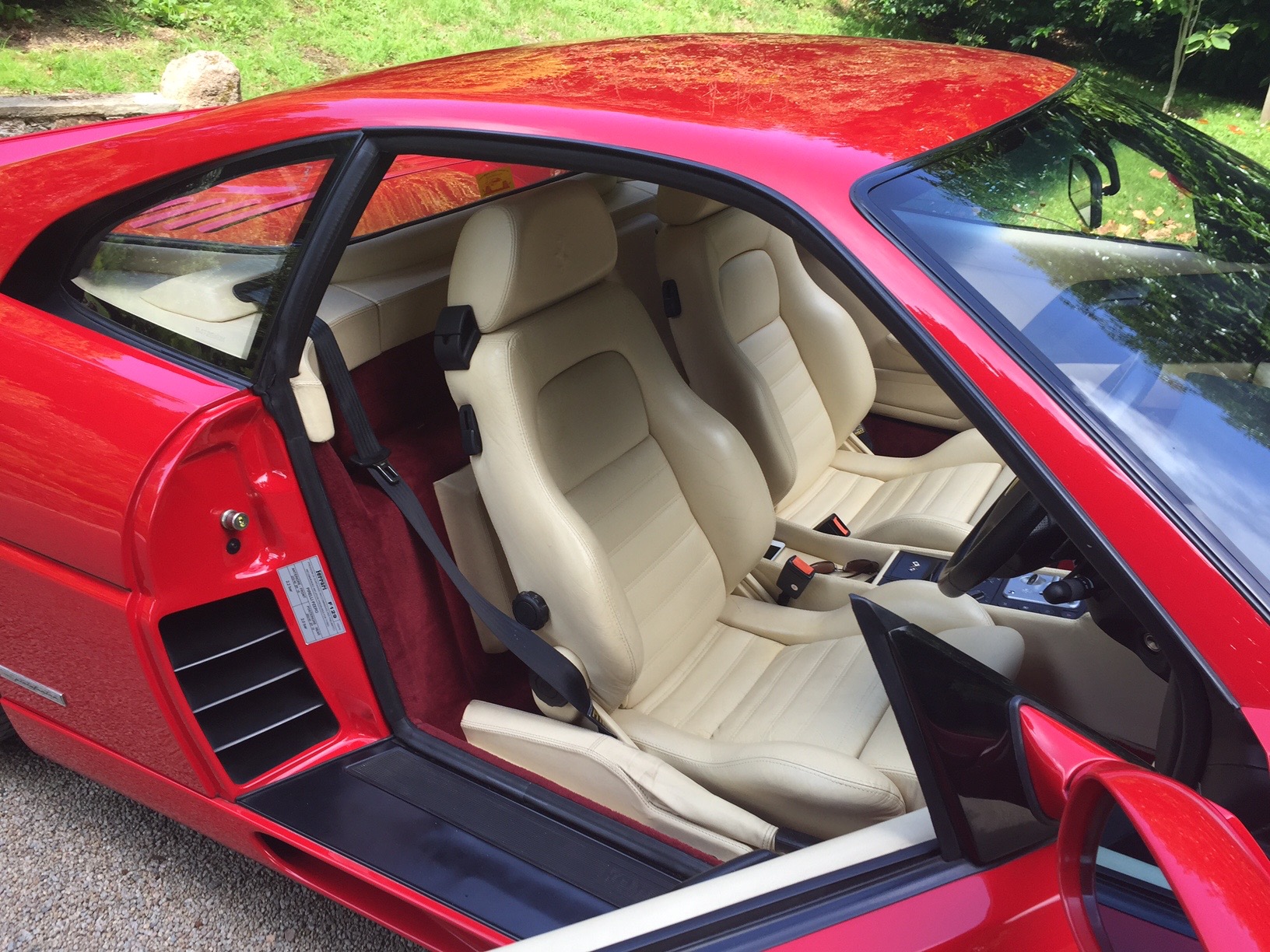 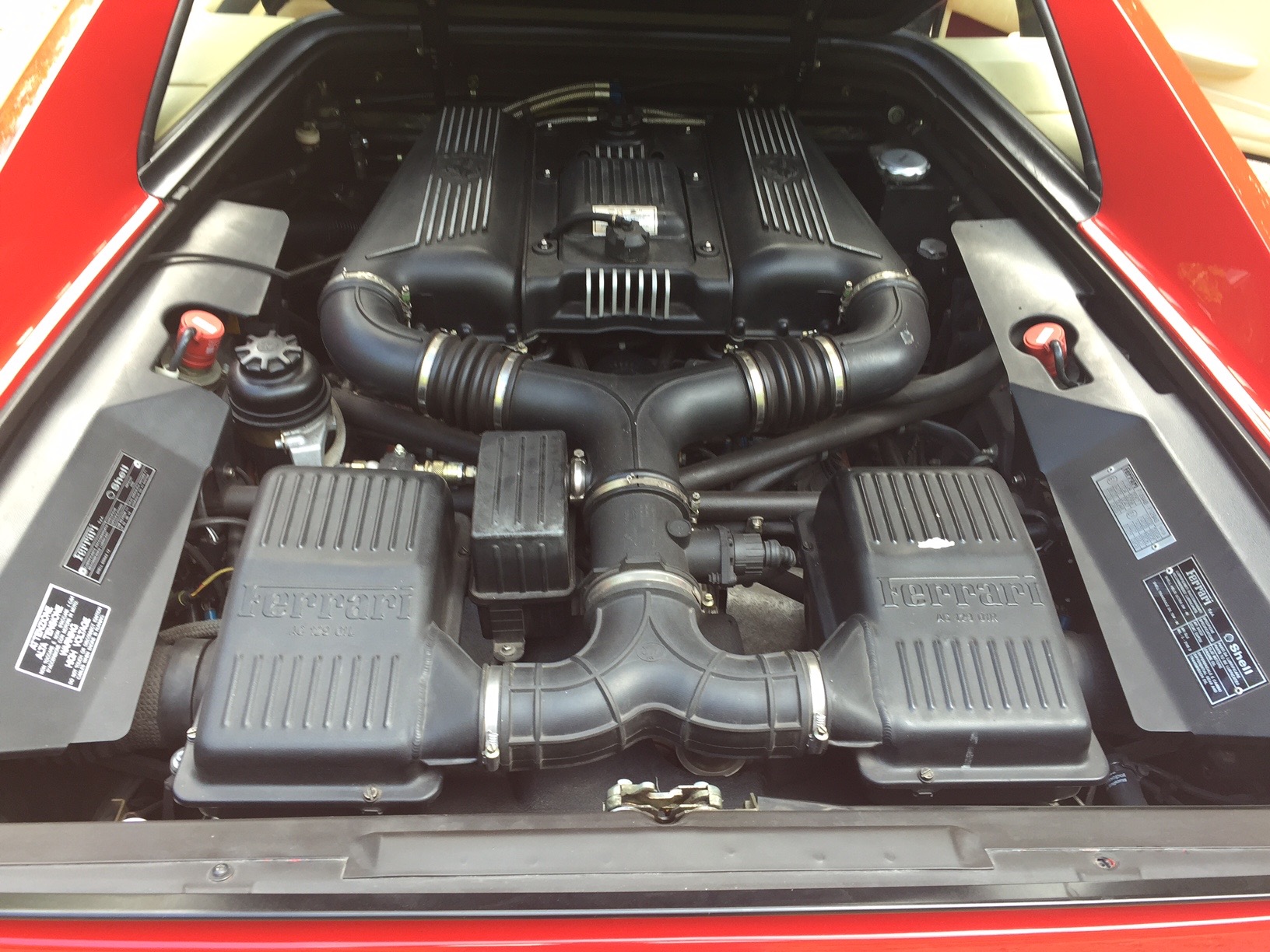 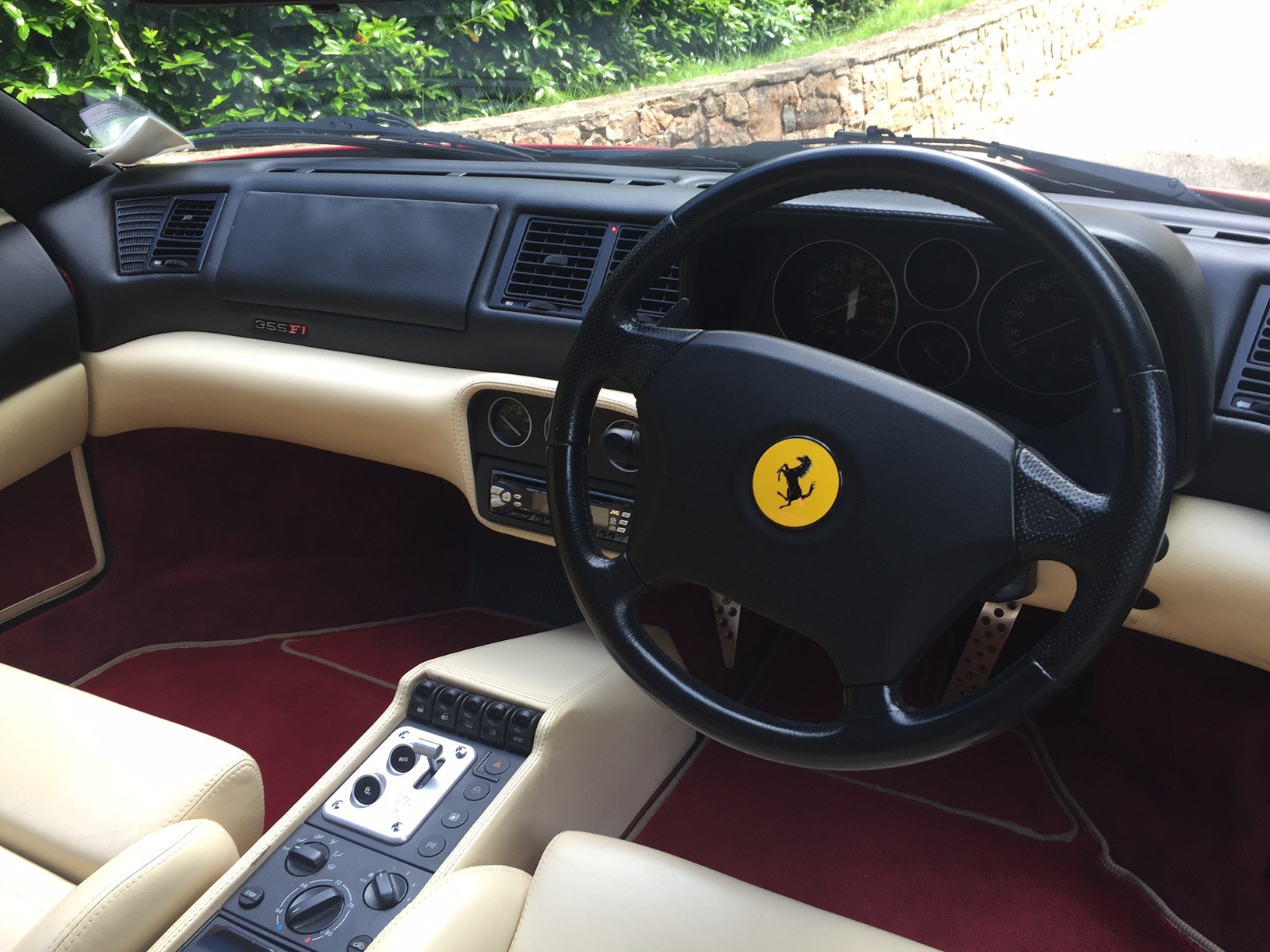 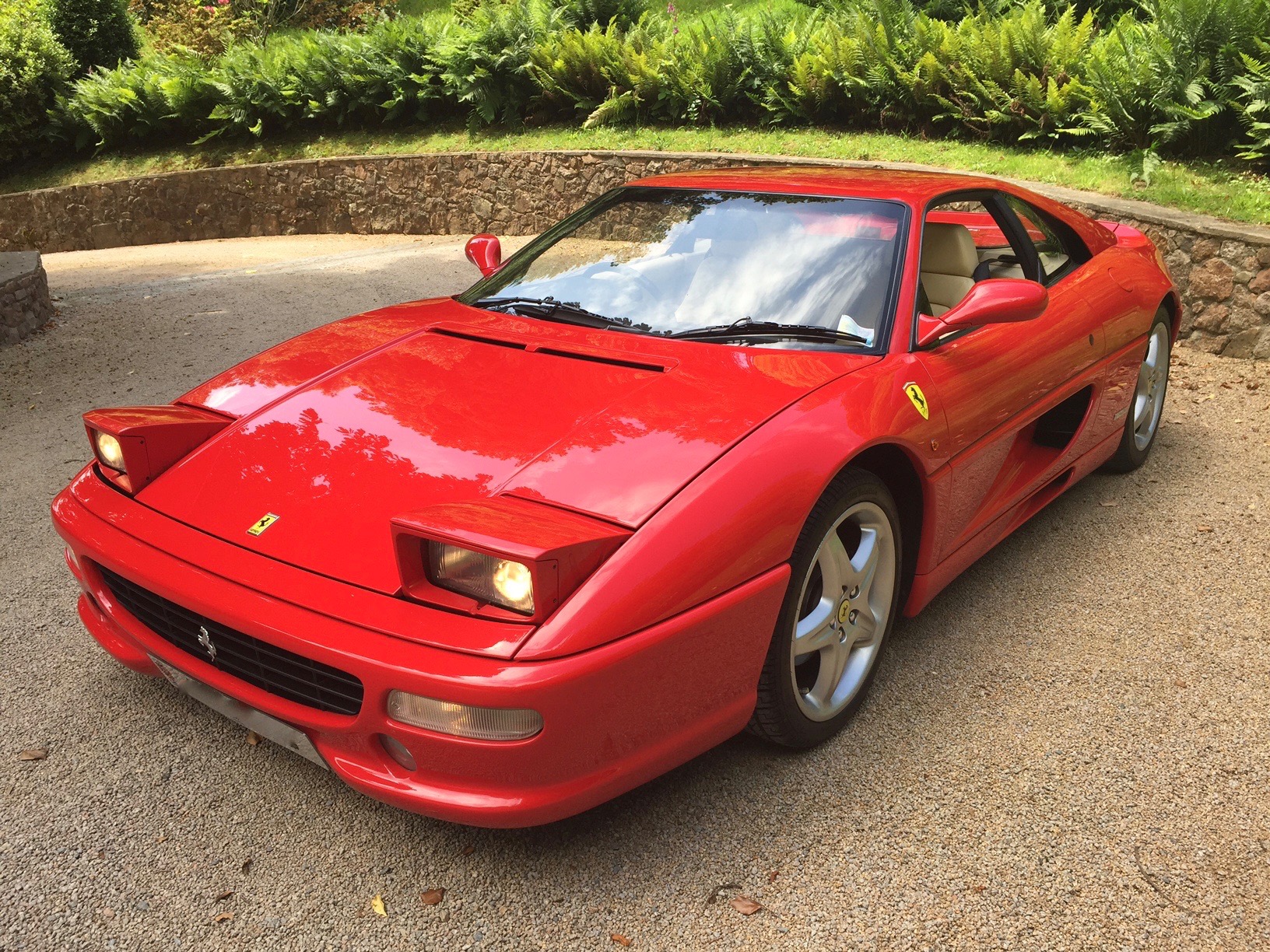 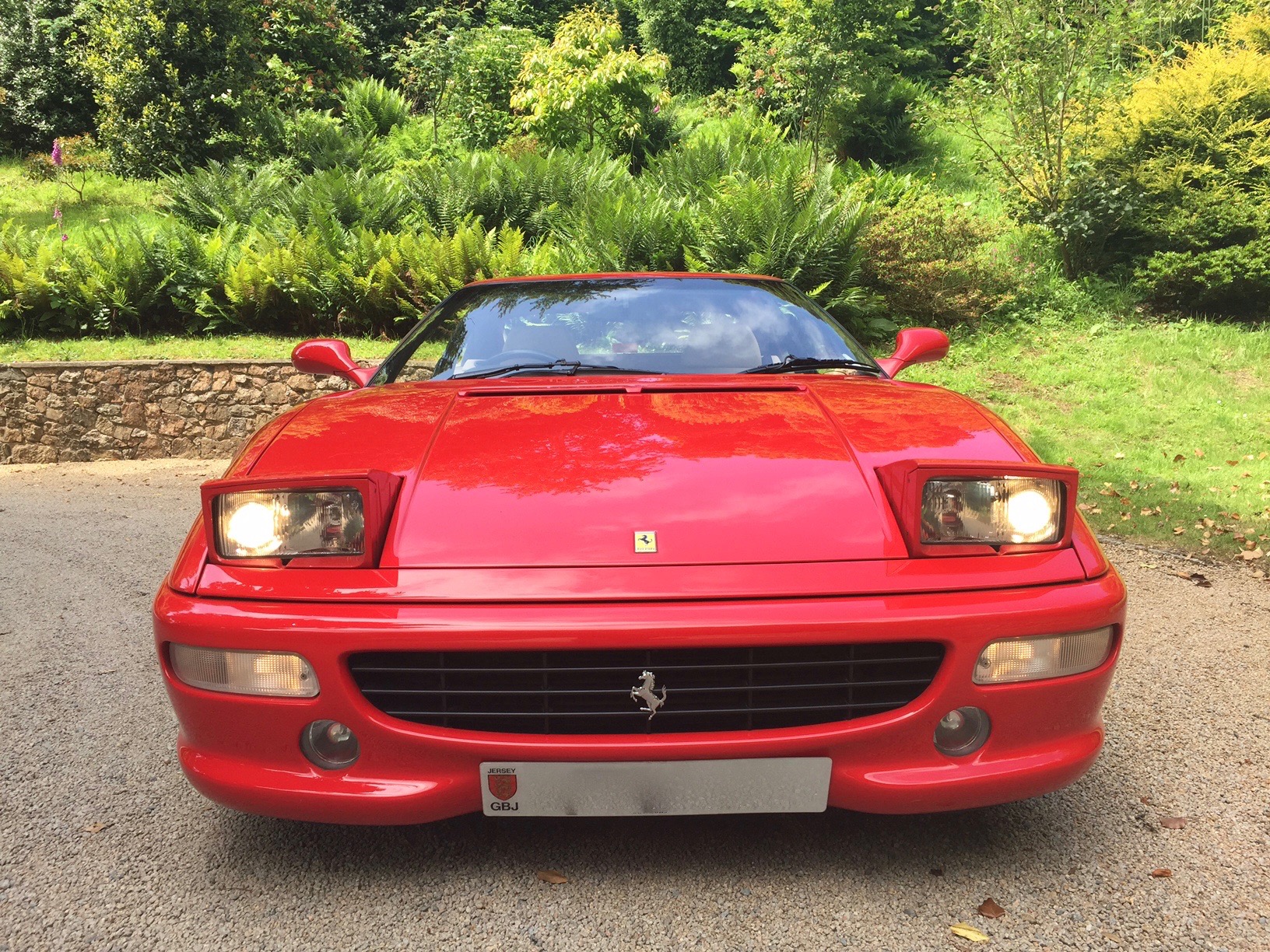 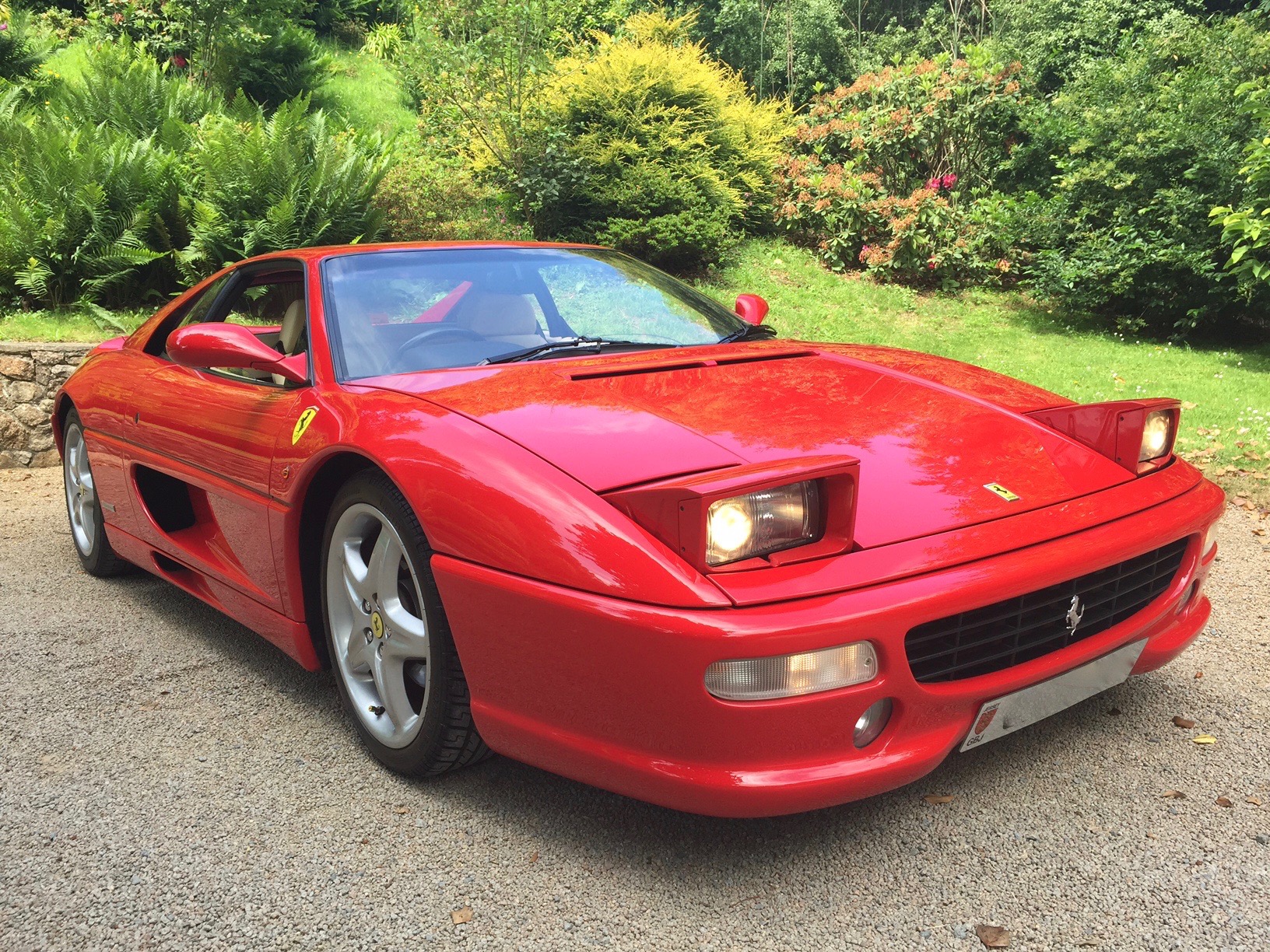 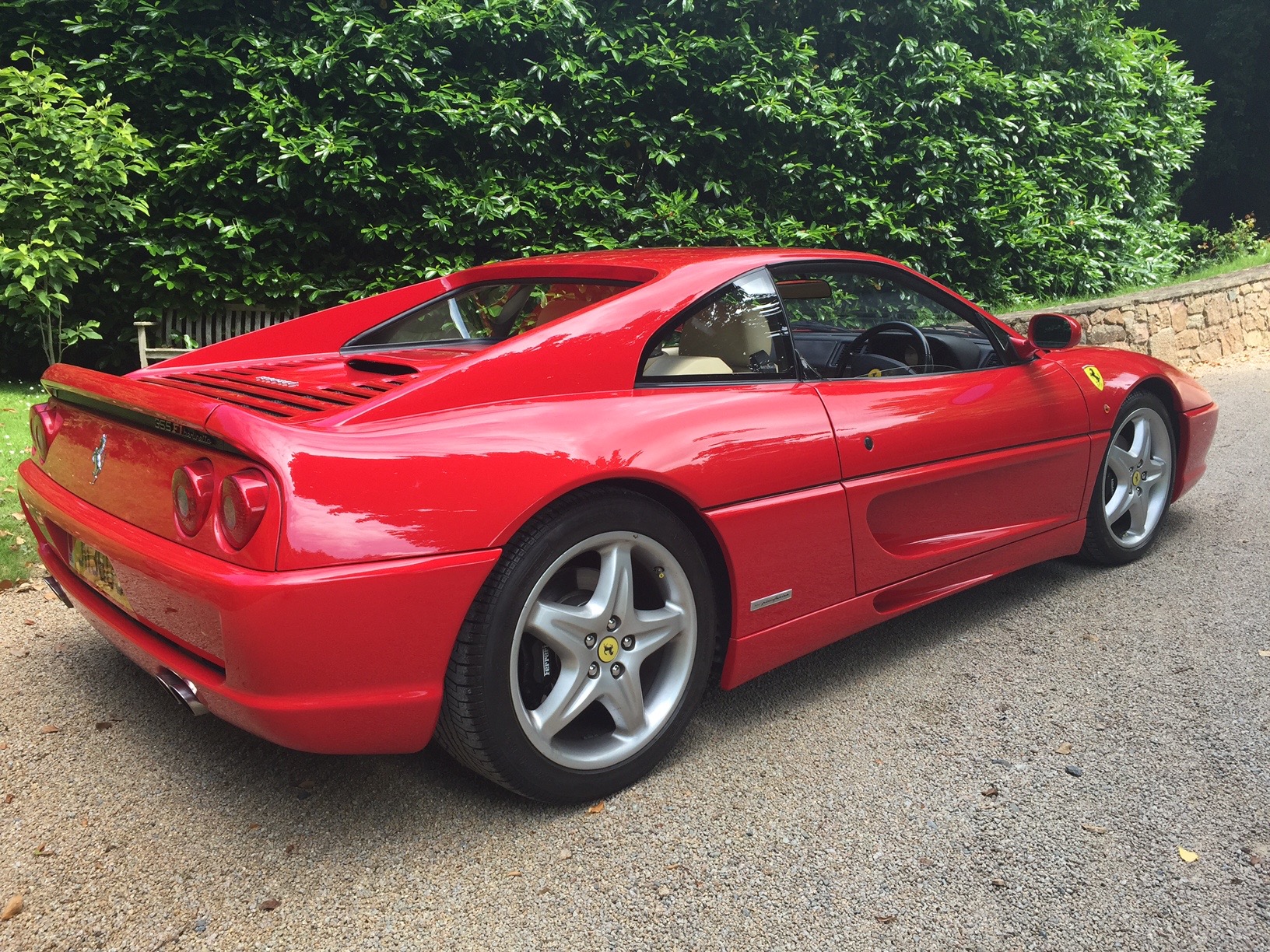 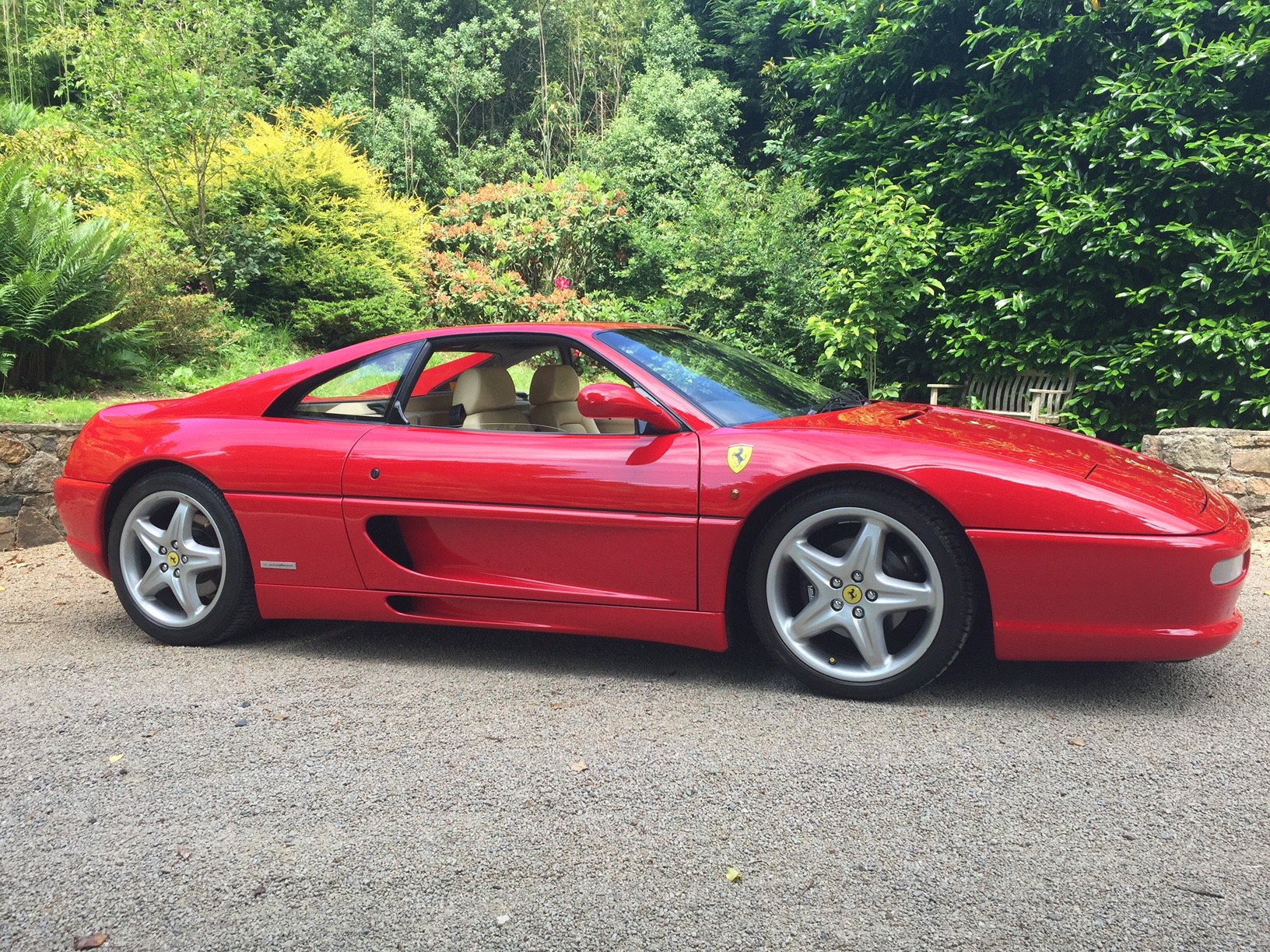 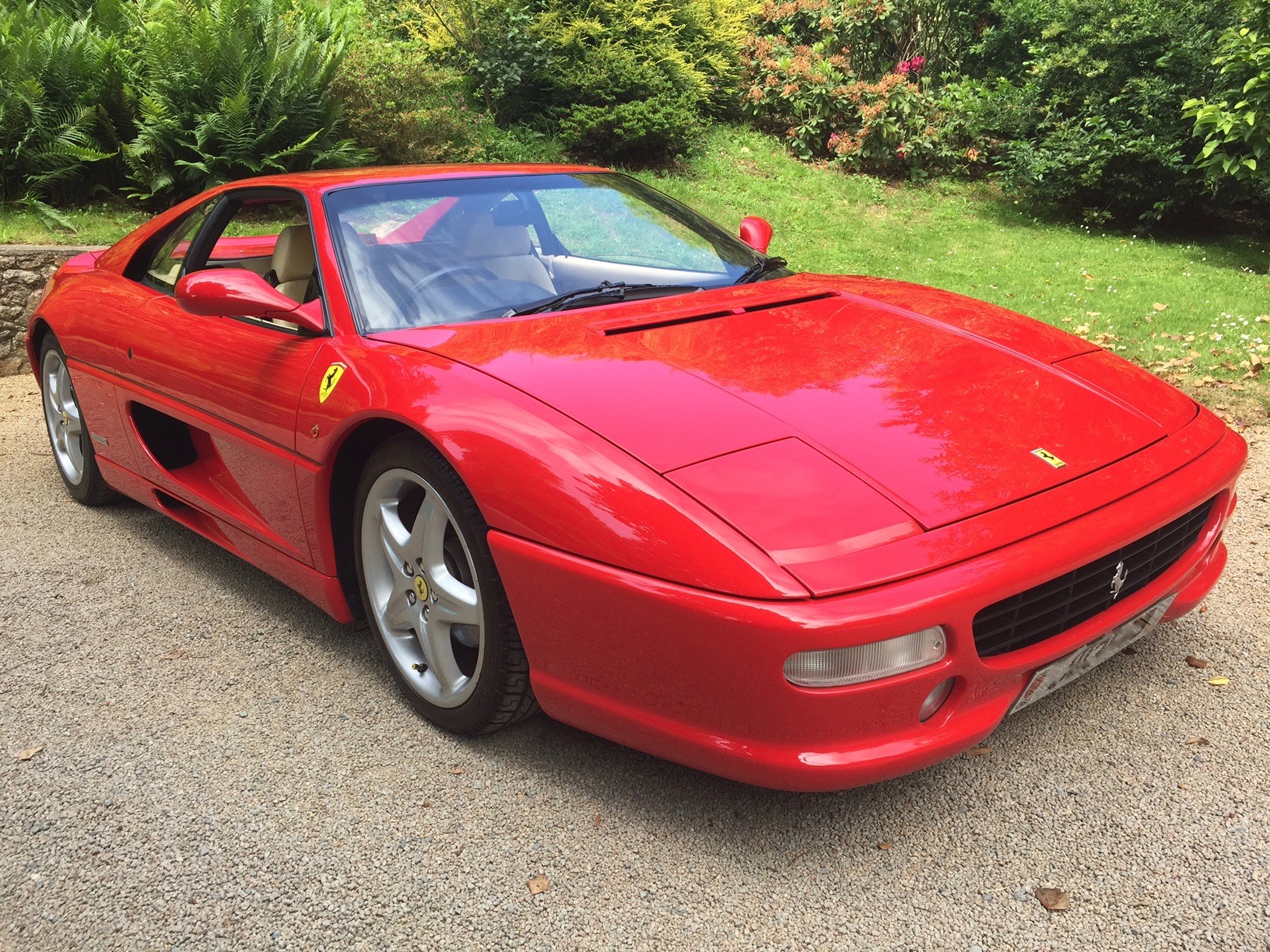 This is a UK tax paid car which has resided in Jersey with one owner for the last eight years. The mileage is a mere 25.000 and is complimented with a comprehensive Ferrari main dealer and specialist service history. The car is in super condition having been garaged from day one.  The belts have always been changed when they were due. This example is finished in one of the most sought after colour combinations.

This particular model is fitted with the F1 paddle shift option. It also has a tubi exhaust system.

Delivery is available to the UK.

The Berlinetta was introduced in May, 1994 as the first in a successful series of F355 models. Initially, the 6-speed manual was the only transmission available. However, in 1997, the Berlinetta was the first-ever road car to be equipped with the innovative F1-style gearbox management system. Derived directly from Formula 1, where it made its debut in 1989 winning the Brazilian Grand Prix, the electro-hydraulic system was operated by paddles behind the steering wheel using the F355’s conventional 6-speed manual gearbox. The new transmission guaranteed faster gear changes, with the additional advantage that both of the driver’s hands could stay on the wheel at all times.

Ferrari produced 4,871 road-going Berlinetta models during the entire production run, of which 3,829 were 6-speed and 1,042 were F1 transmissions.