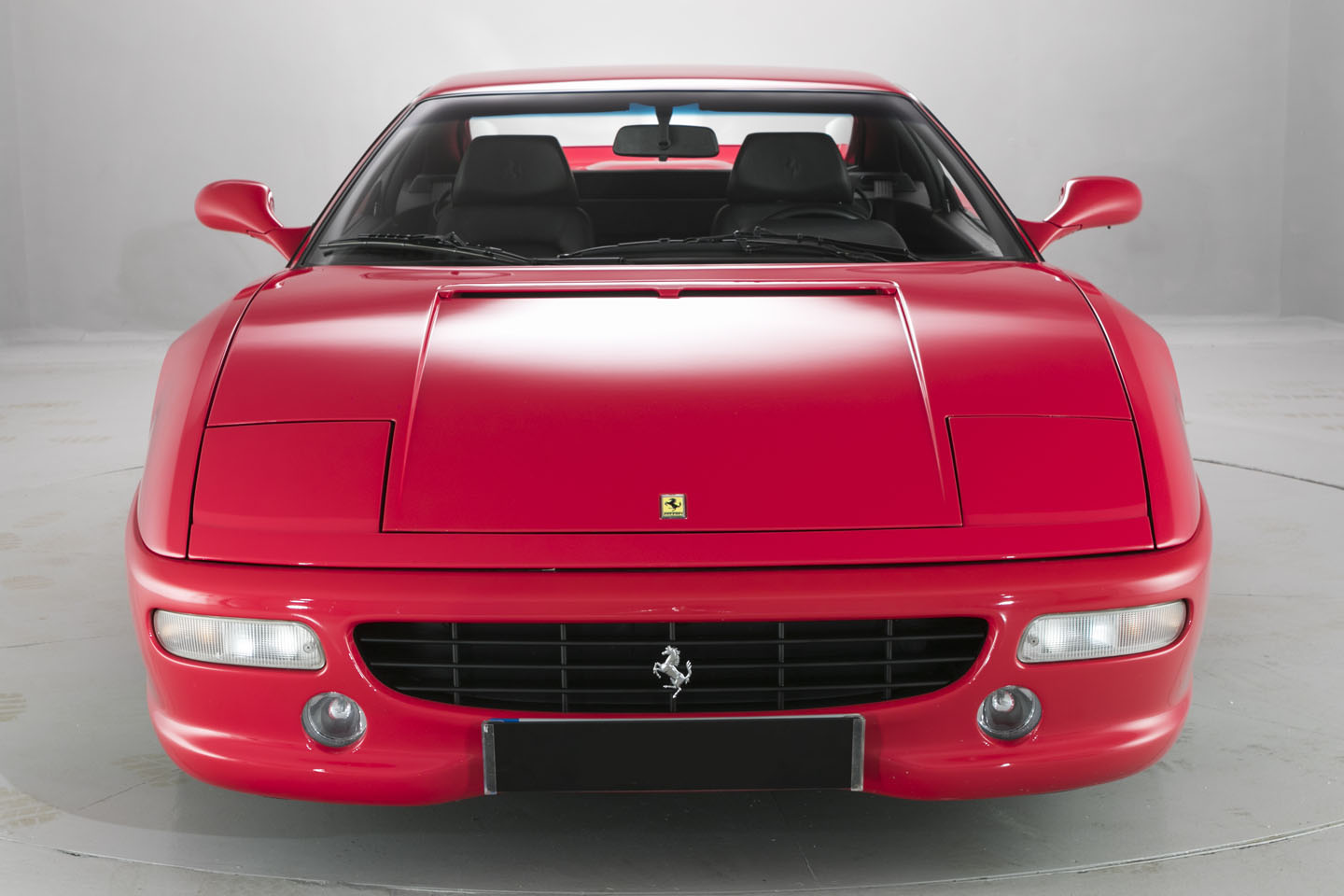 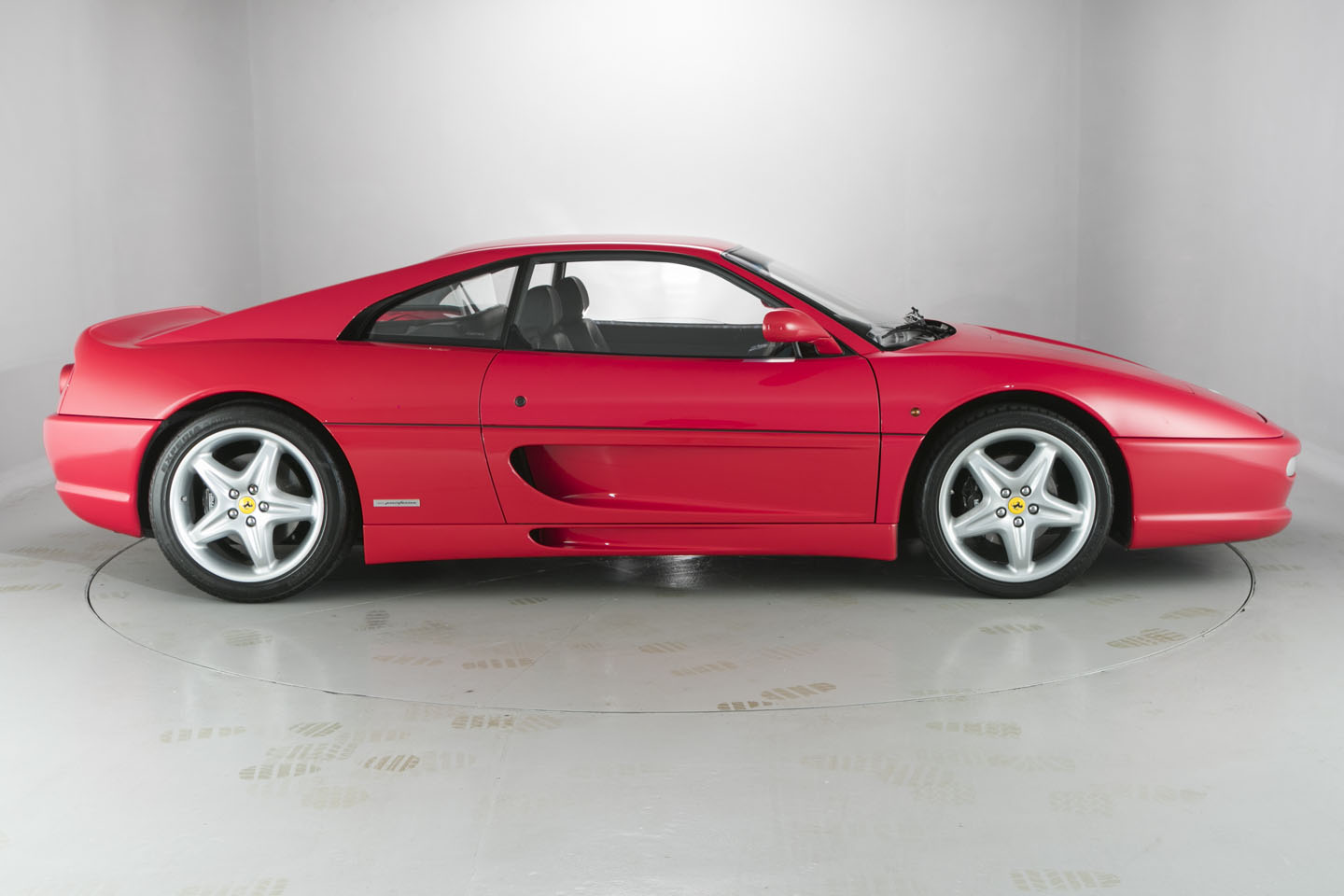 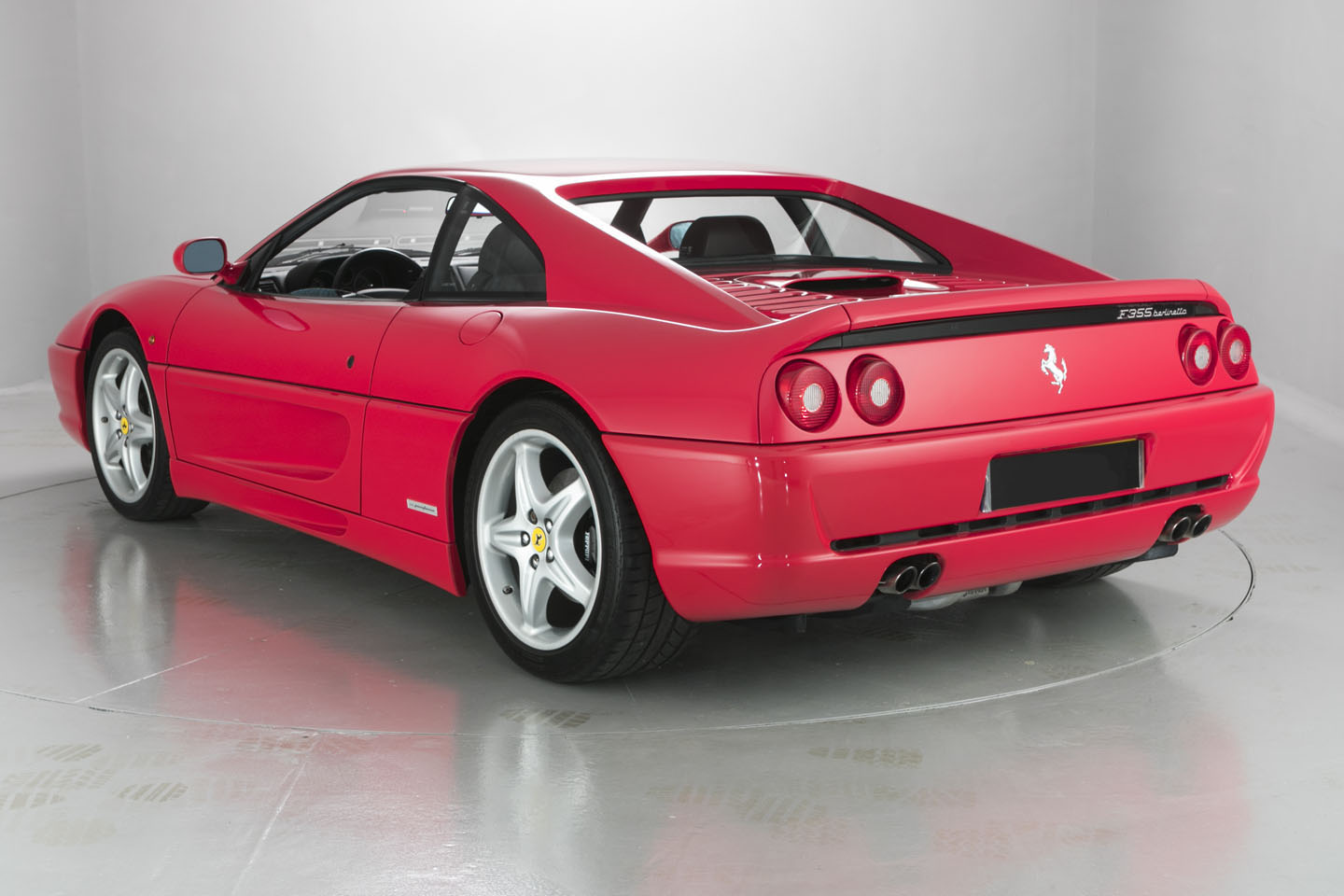 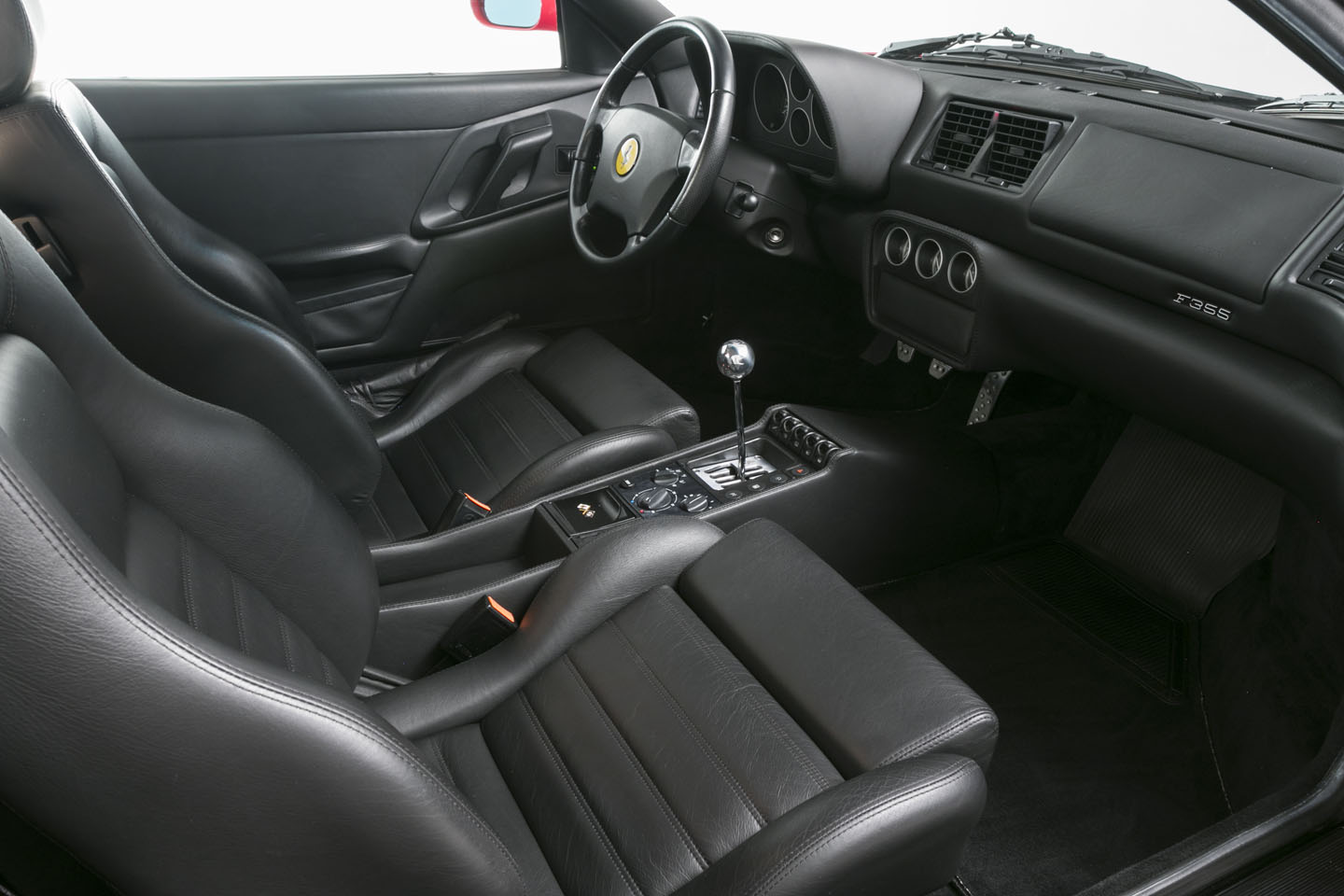 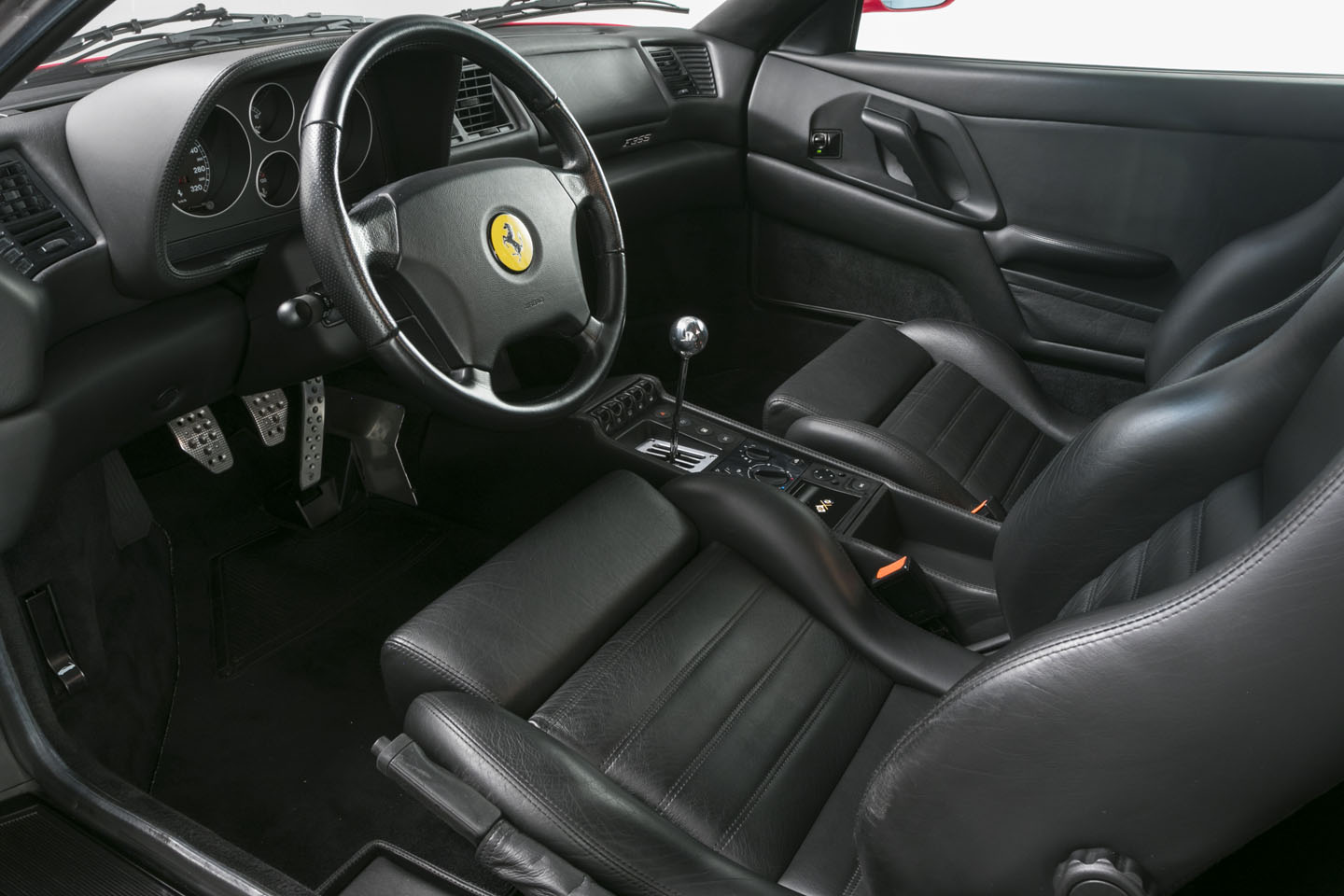 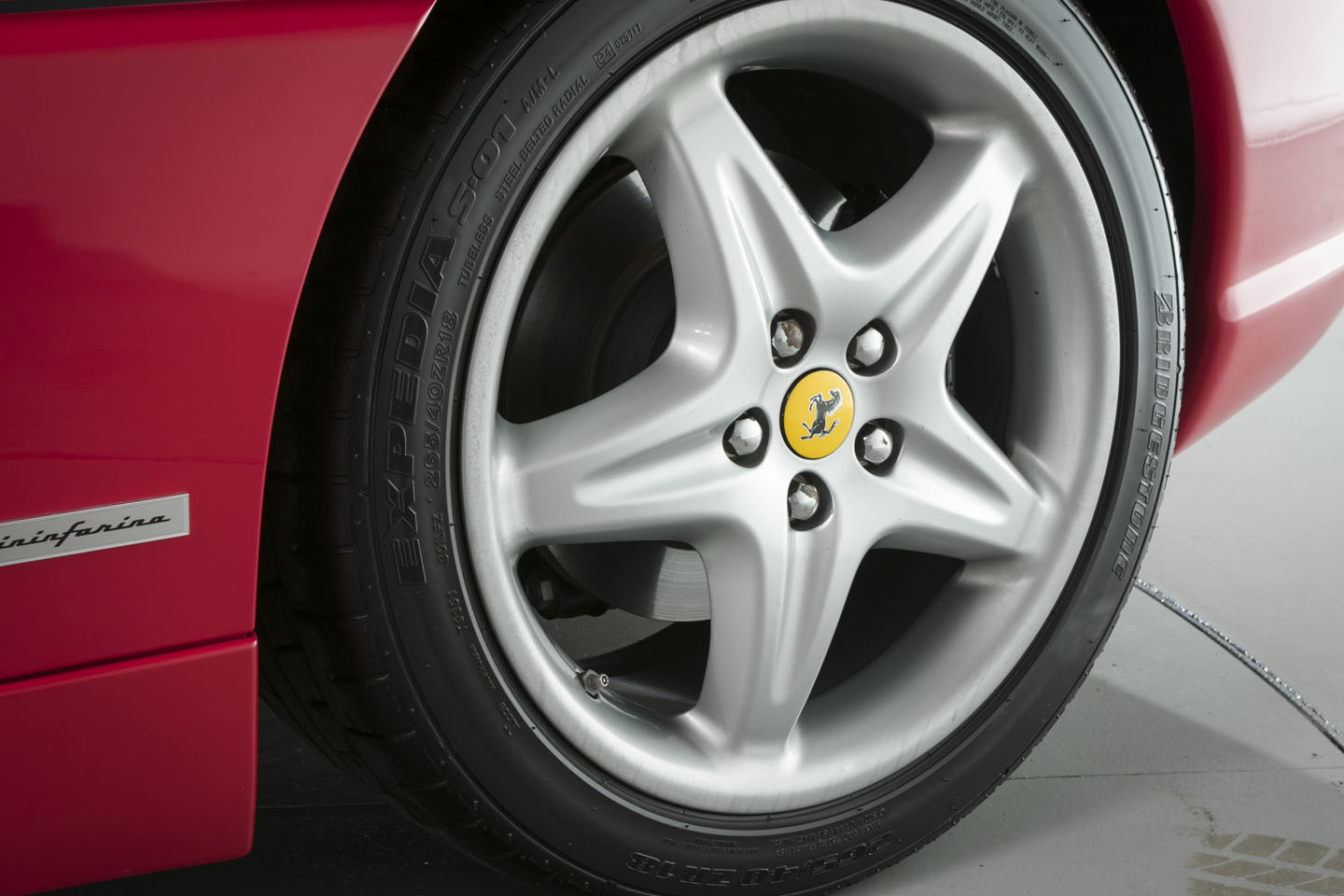 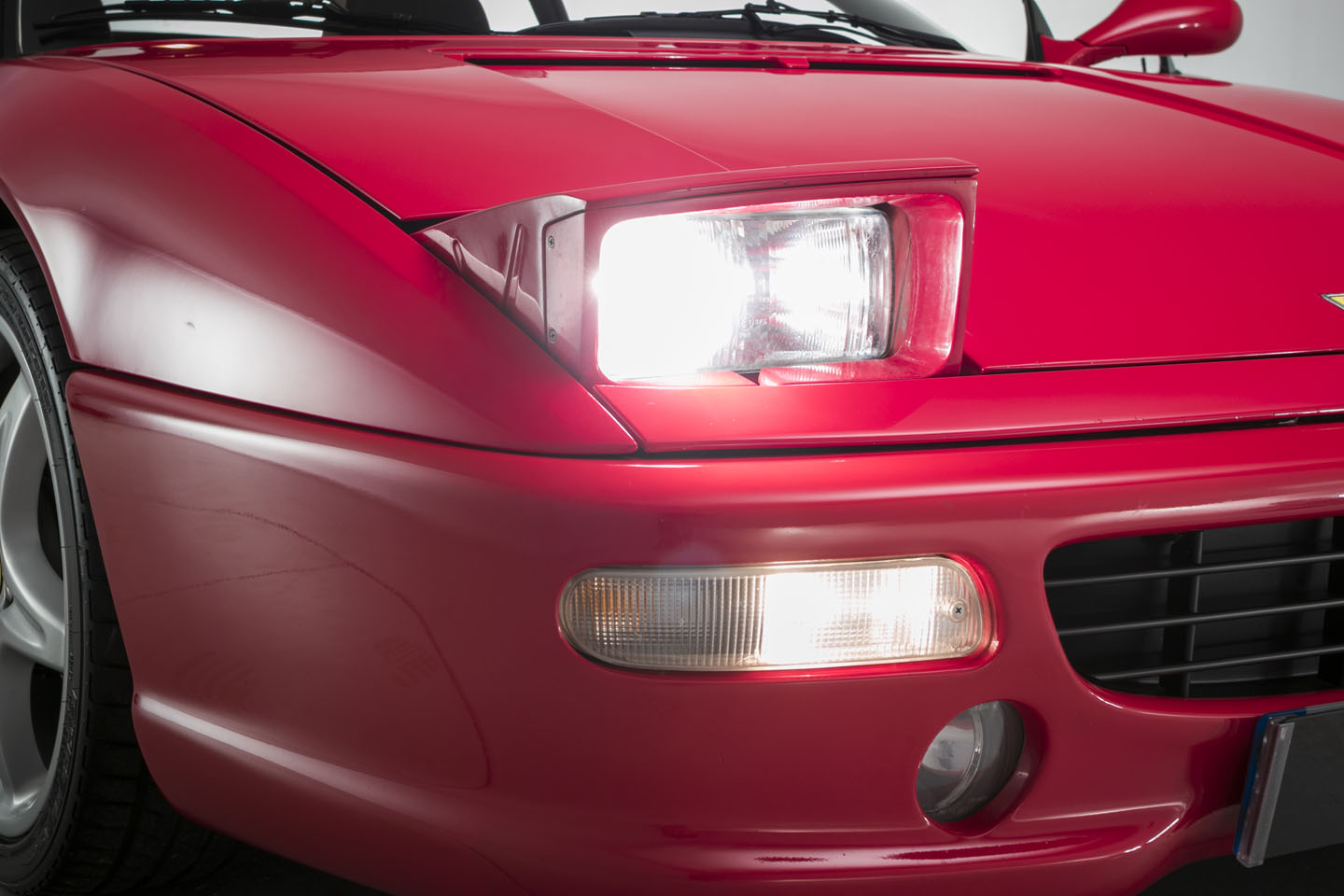 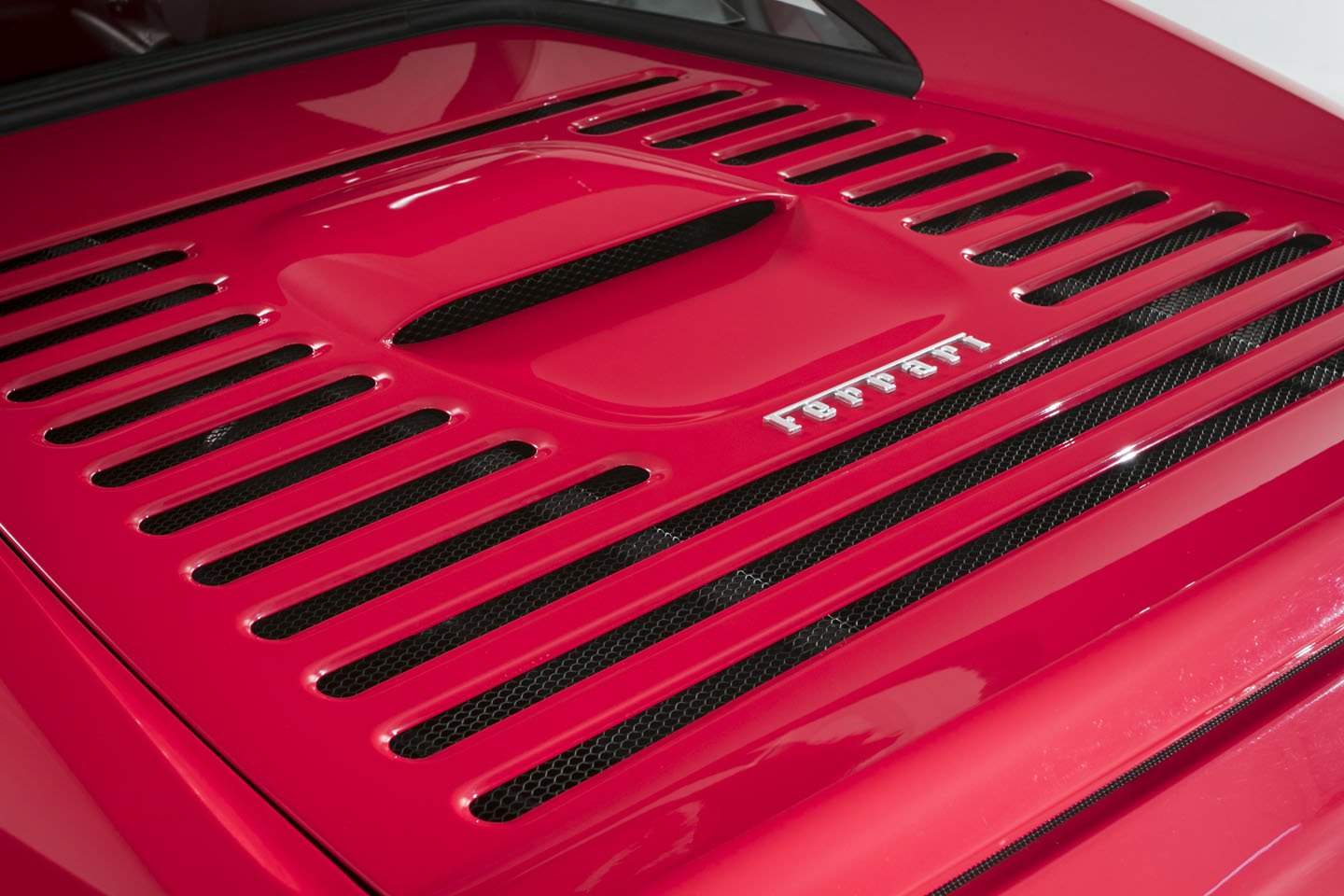 The 355 Berlinetta was introduced in May, 1994 as the first in a successful series of F355 models. The F355 was the last in the series of mid-engined Ferraris with the Flying Buttress rear window, a lineage going back to the 1965 Dino 206 GT. Design emphasis for the F355 was placed on significantly improved performance, as well as drivability across a wider range of speeds and in different environments (such as low-speed city traffic.)

The frame is a steel monocoque with tubular steel rear sub-frame with front and rear suspensions which use independent, unequal-length wishbones, coil springs over gas-filled telescopic shock absorbers with electronic control servos and anti-roll bars.

The car allows selection between two damper settings, “Comfort” and “Sport.” Apart from the displacement increase from 3.400 cc to 3,500 cc, the major difference between the V8 engine in the 348 and F355 is the introduction of a 5-valve cylinder head. This new head design allowed for better intake permeability and resulted in an engine that was considerably more powerful, producing 380 PS (279 kW; 375 hp), 268 pound/feet of torque. This produced performance figures of 0-62mph in 4.7 seconds and a top speed of 183mph.

These Ferraris have become extremely popular with collectors of modern classics, largely due to their beautiful looks. First registered in Verona Italy, this low mileage vehicle has an excellent Ferrari service history with Italian and UK Official Ferrari main agents. It will also be supplied with a comprehensive 12 month warranty.