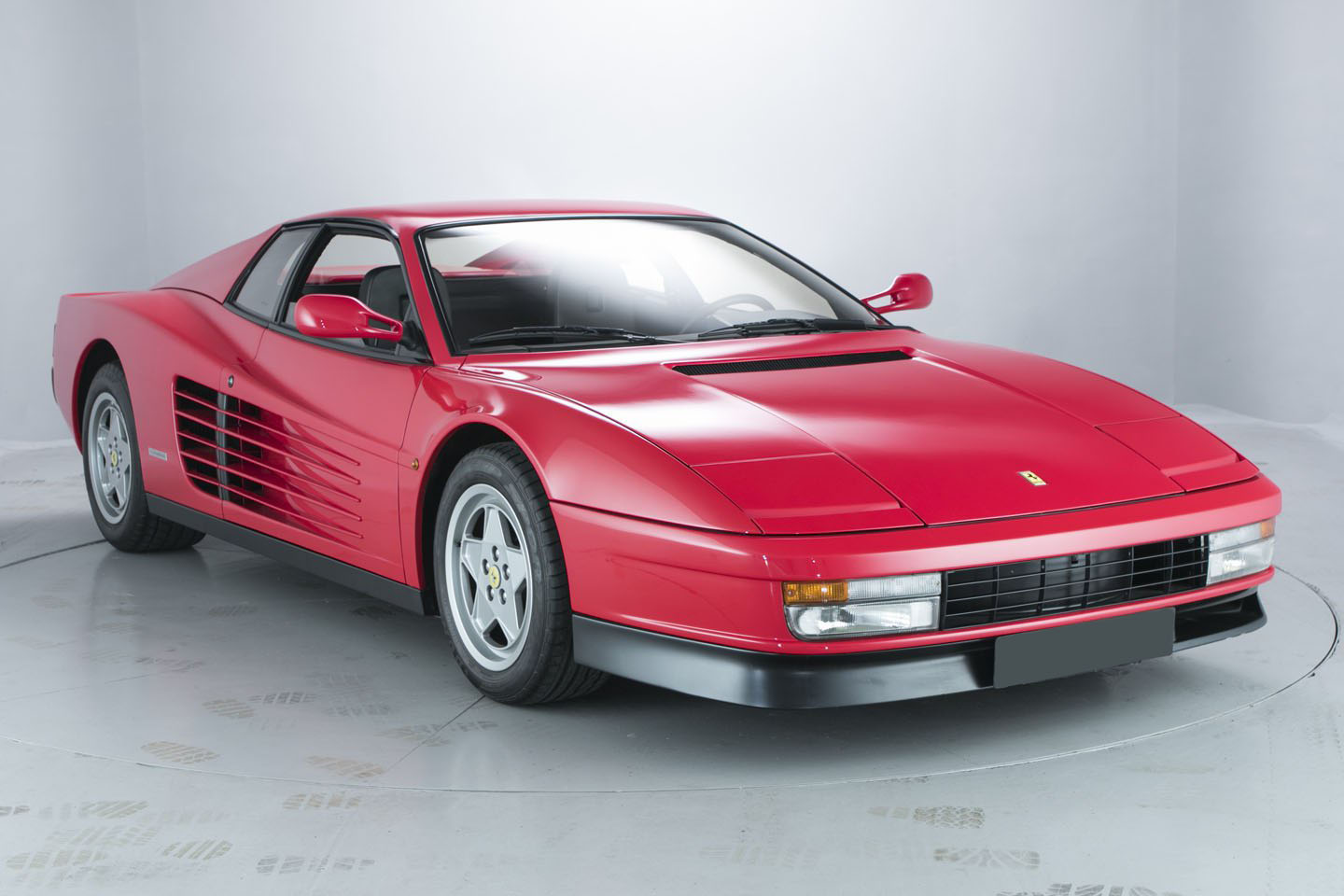 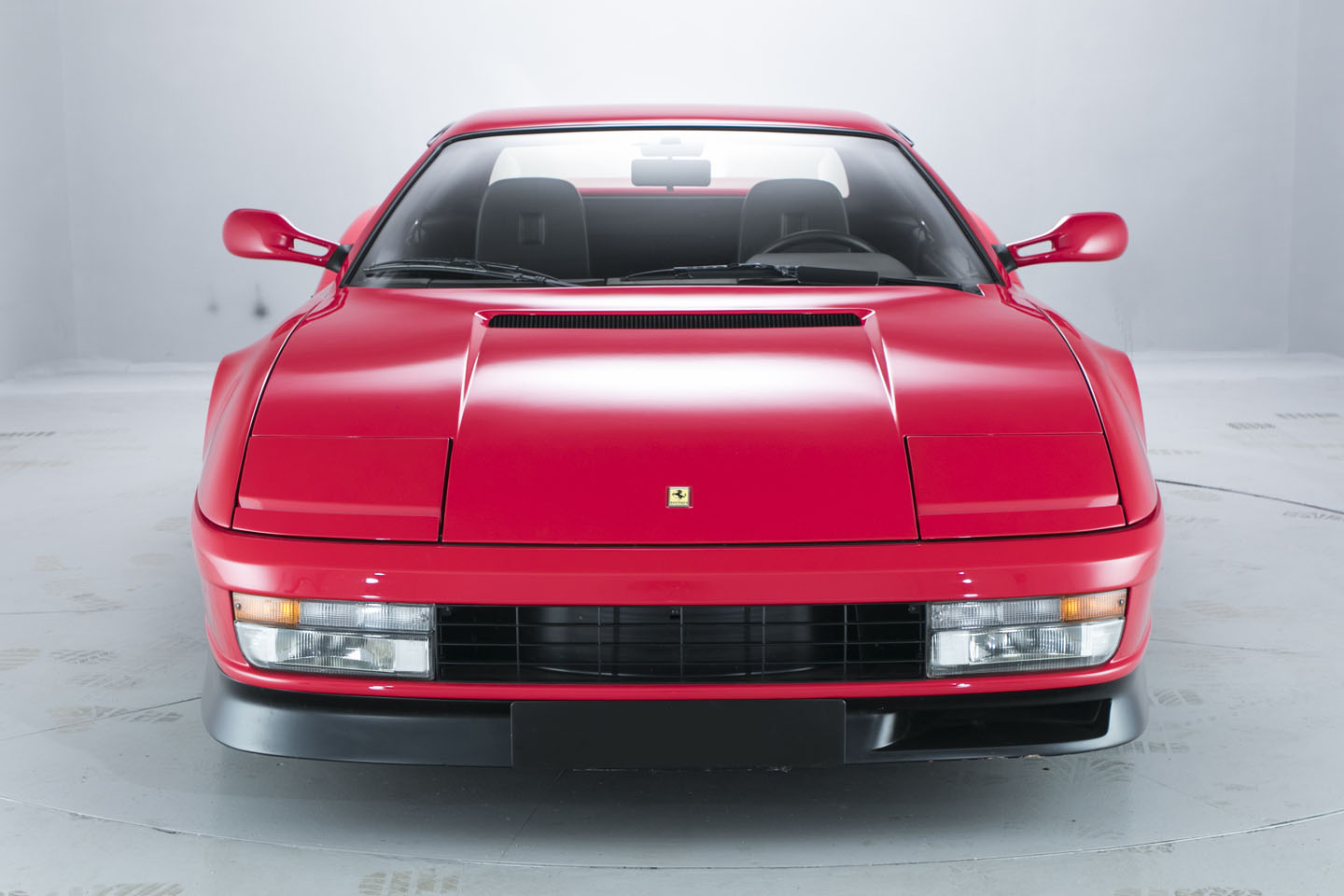 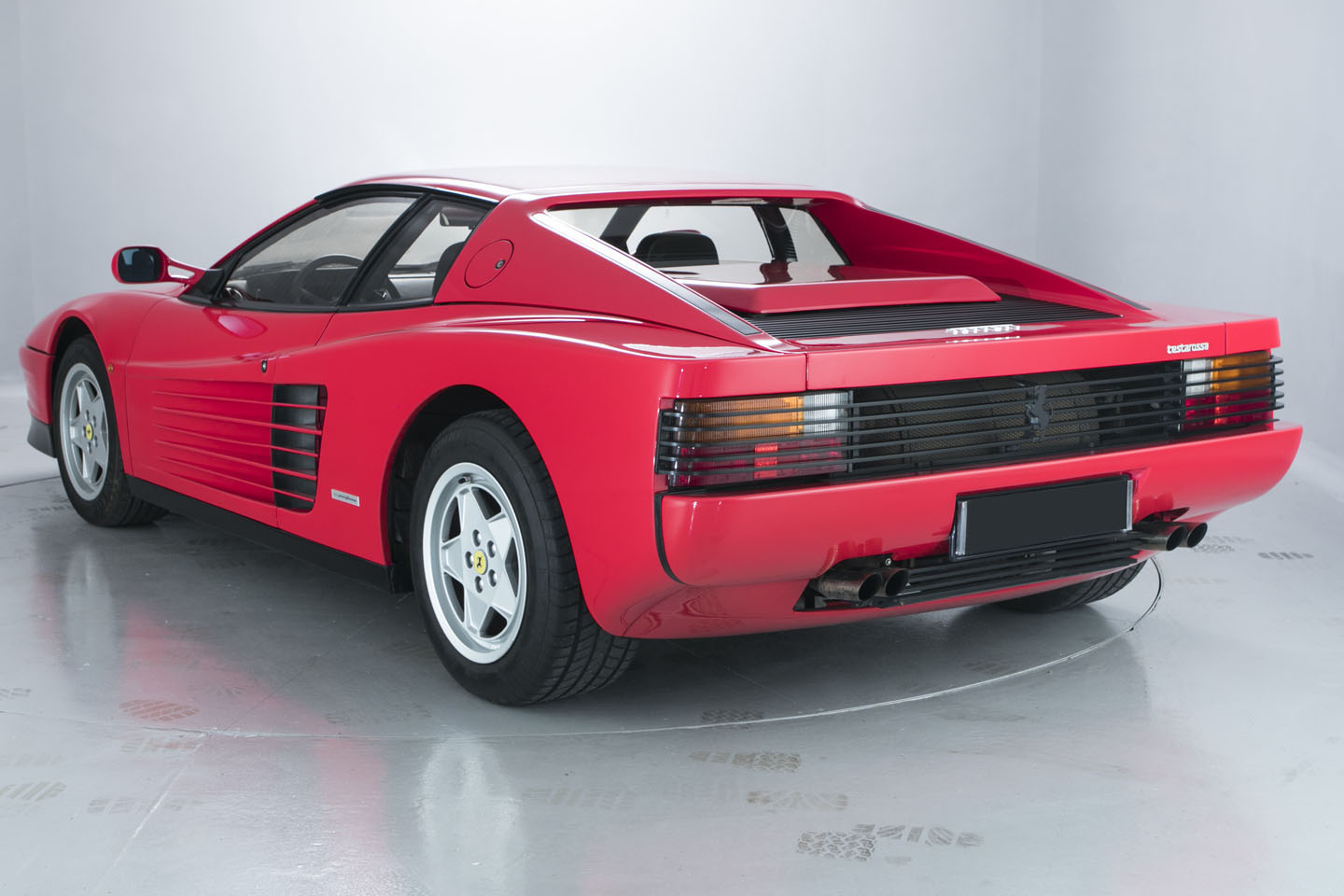 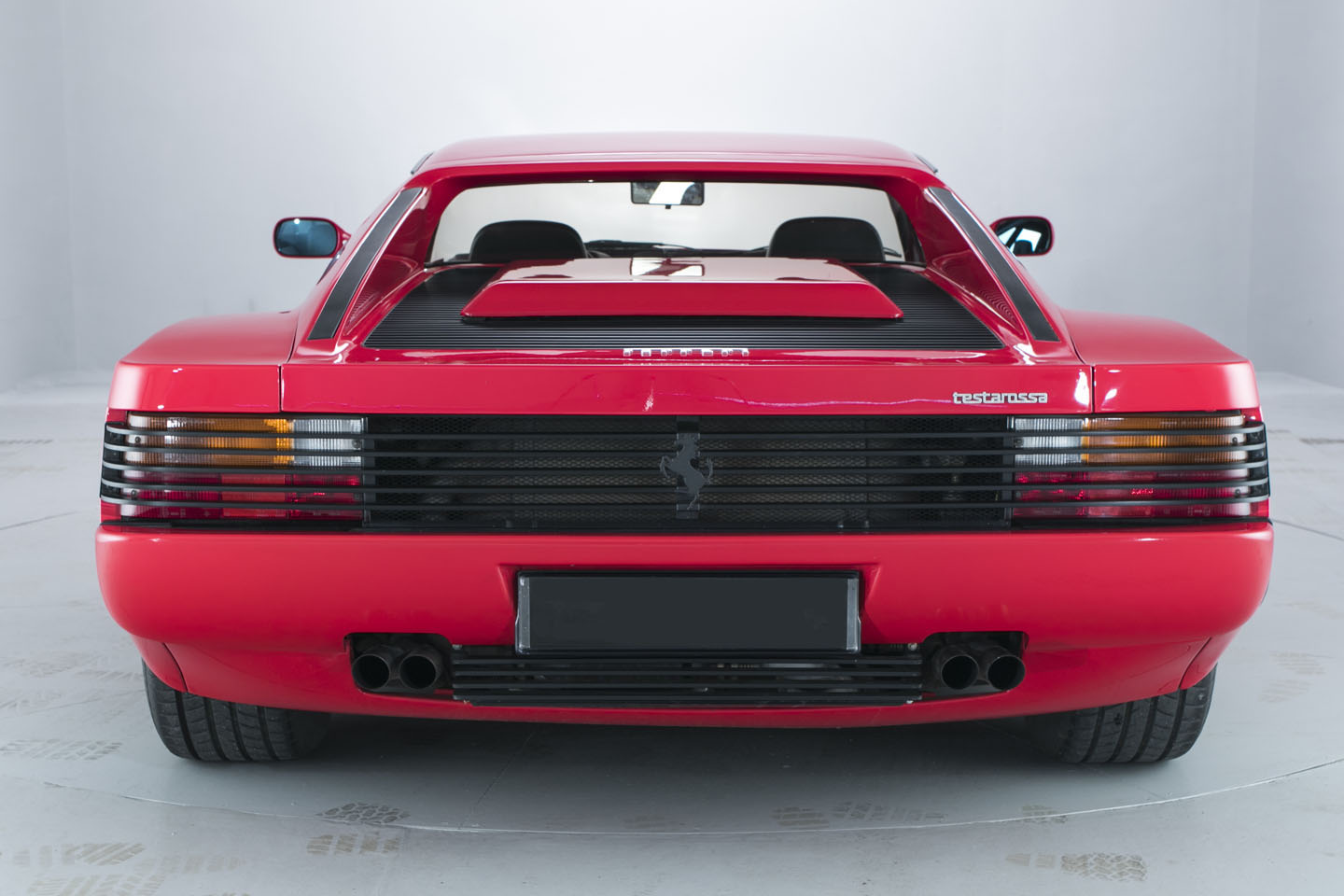 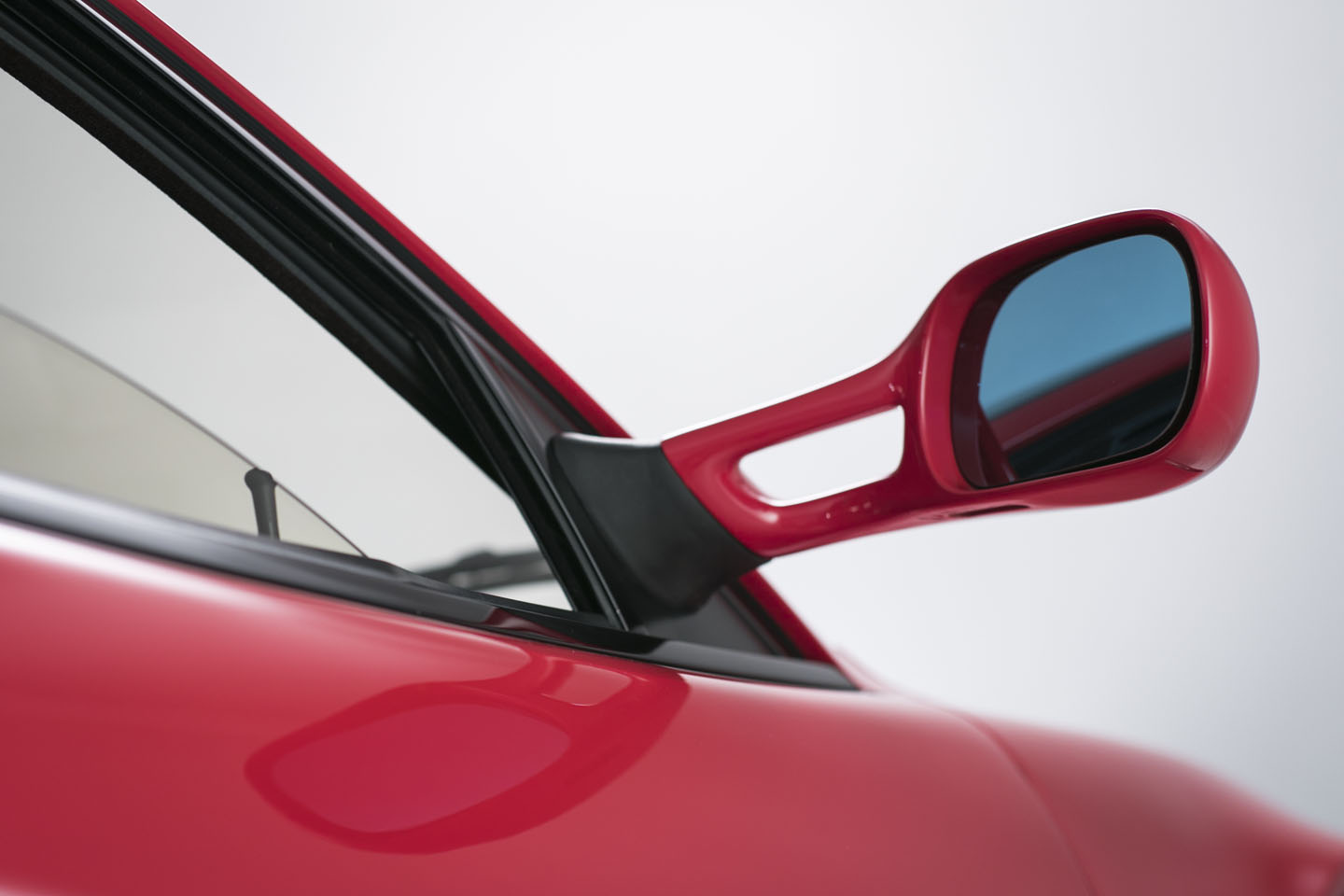 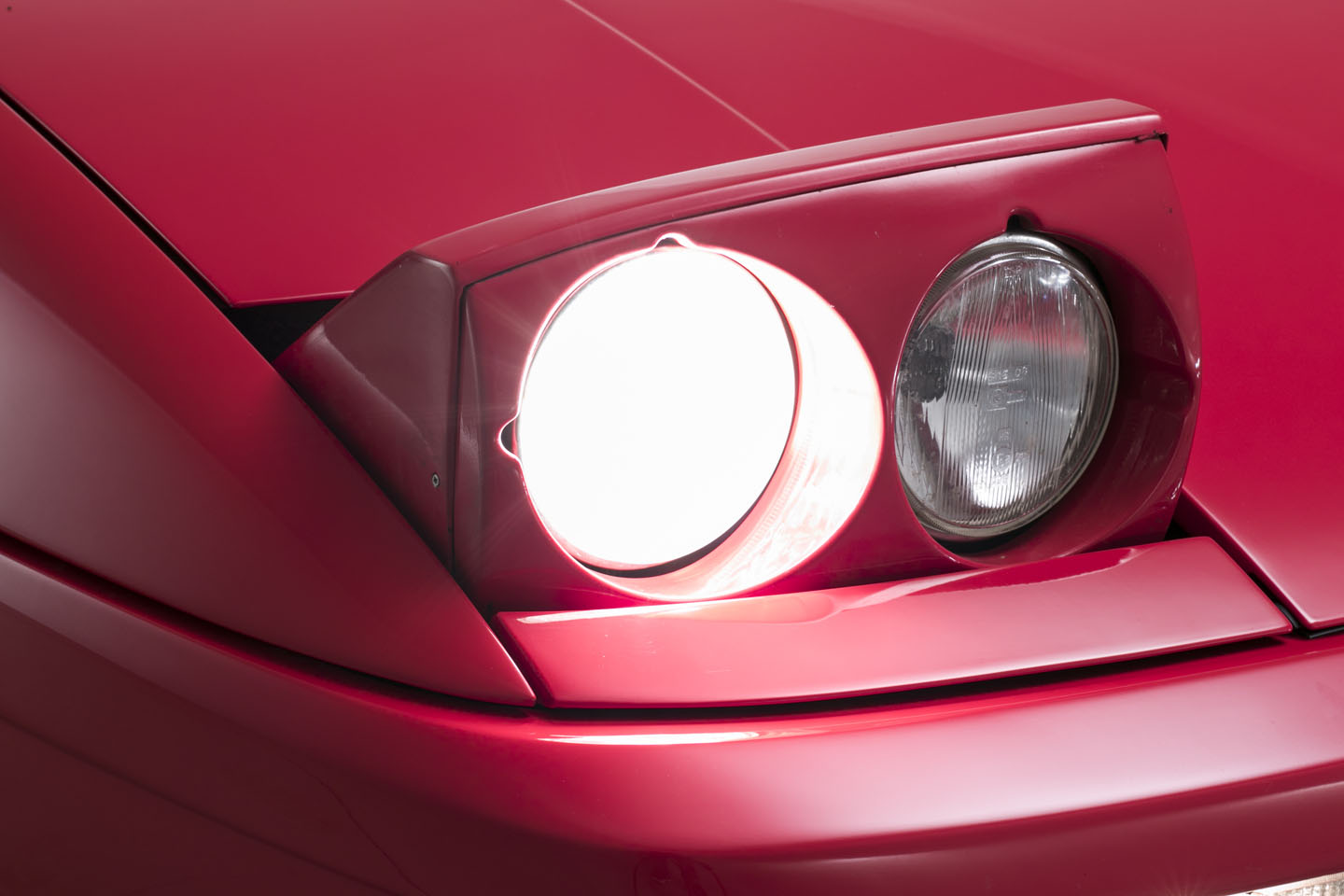 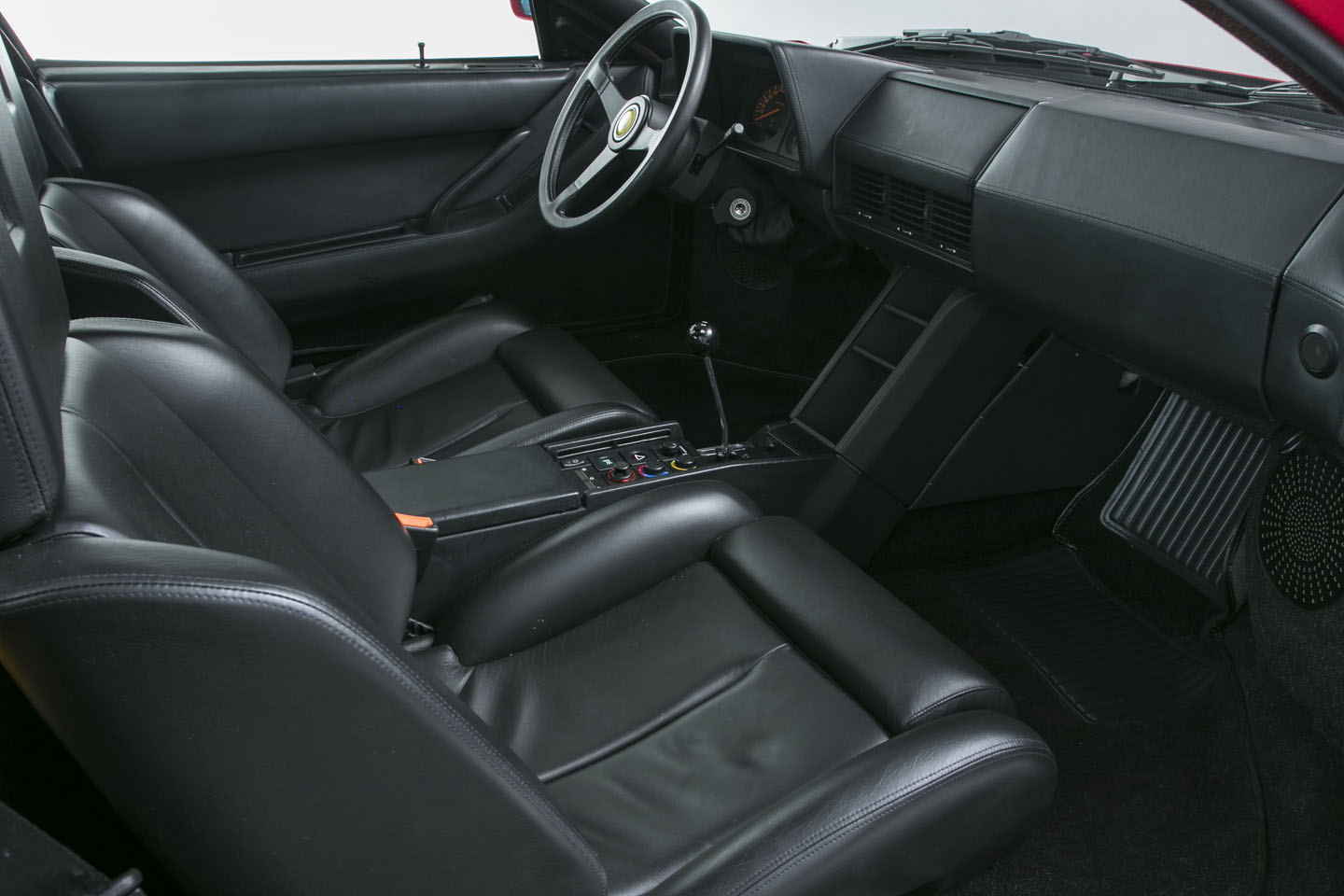 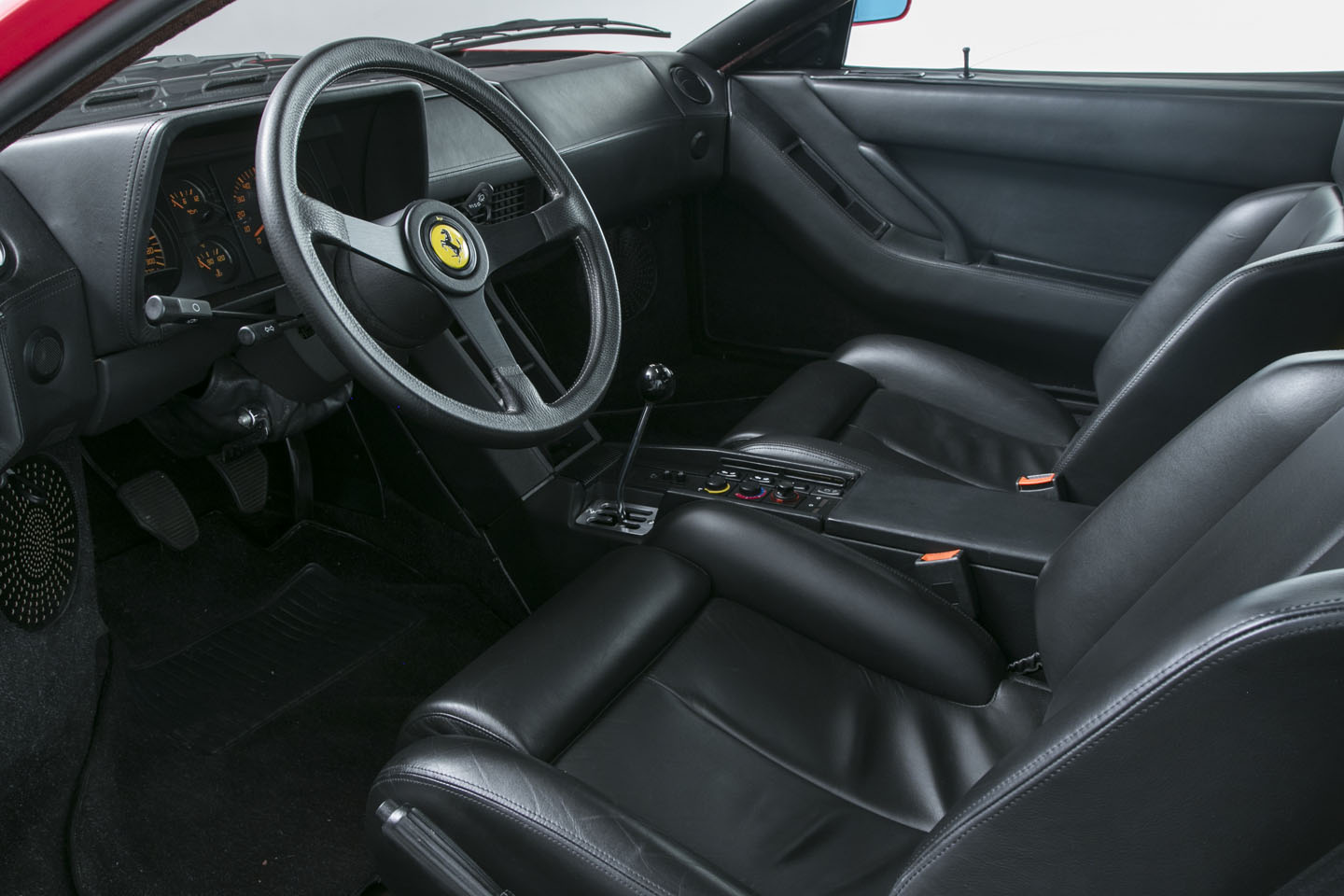 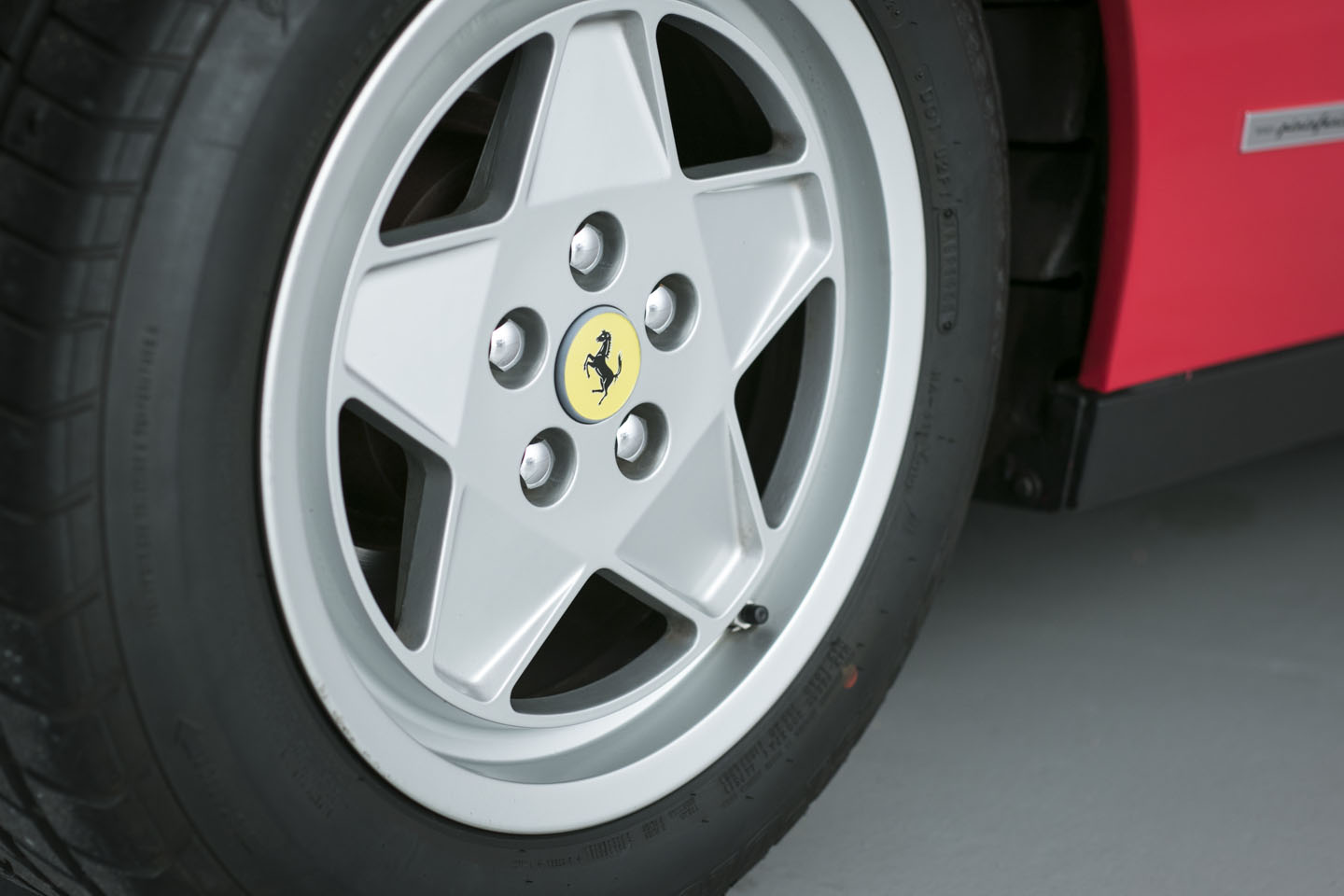 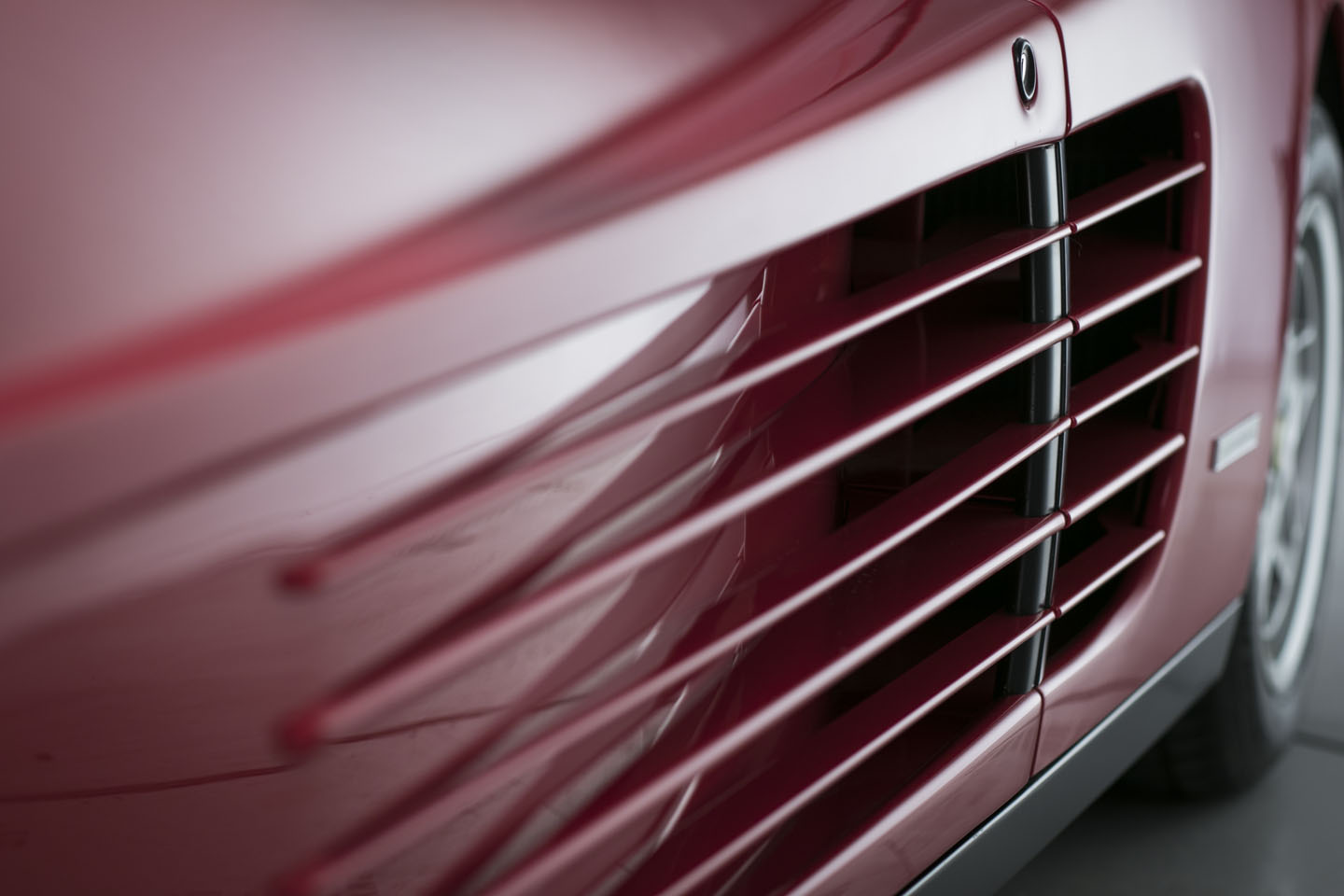 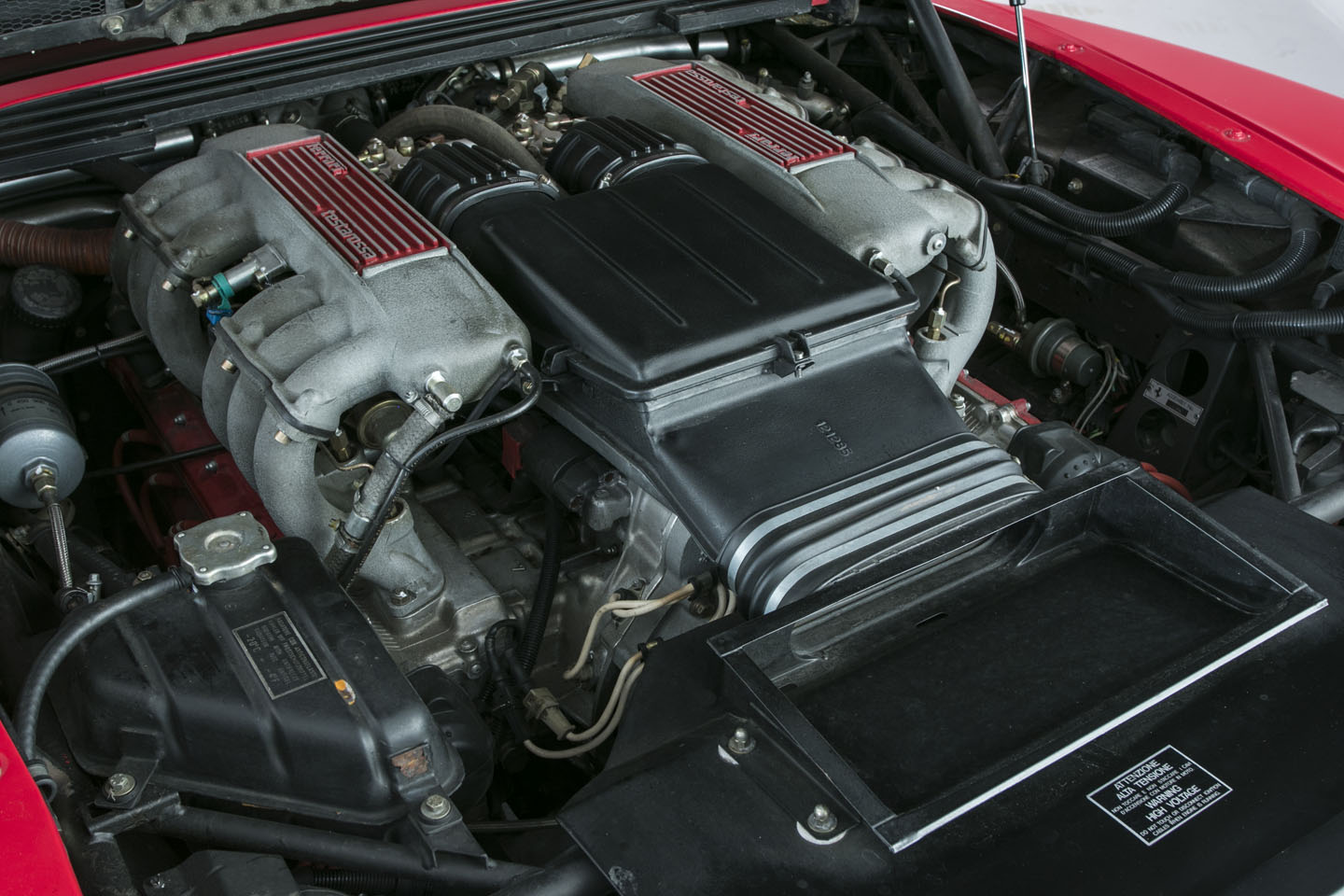 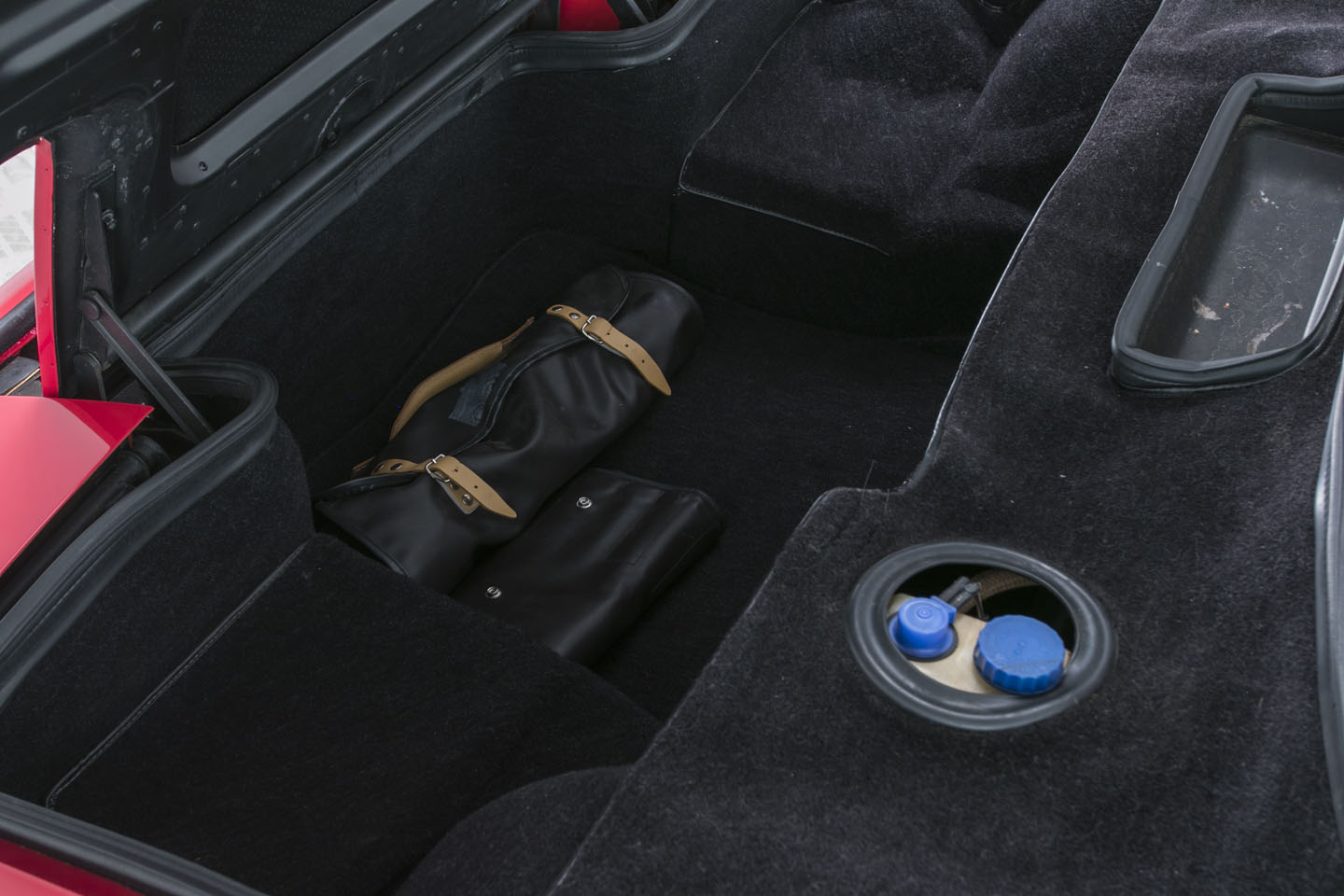 Ferrari unveiled the Testarossa at the 1984 Paris Auto Show to mixed reviews. While many enthusiasts thought the company’s new flagship looked modern, edgy and aggressive, just as many thought it looked ridiculous, thanks to the prominent strakes that filled its Wing-mounted air intakes. There was no denying that the Testarossa was a proper exotic, however, and it quickly became the car to have as well as Ferrari’s best-selling 12-cylinder model to date.

Controversial bodywork aside, there was little not to like about the Testarossa. For starters, with a claimed top speed of 180 mph it was the world’s fastest road car and it could hit 60 mph in a little more than 5 seconds. This impressive pace came courtesy of a 4.9-liter flat-12 engine that produced 380 hp 40 ponies more than its predecessor, the Berlinetta Boxer, and enough to overcome the car’s hefty 3,600-plus-pound curb weight. The engine’s four-valve, red-painted cylinder heads also gave the Testarossa its name:“Redhead,” a moniker first used on the 1950s Testa Rossa sports racers.Compared to the Boxer, the longer and much wider Testarossa offered more interior and storage space, as well as a much more user-friendly driving experience. Described as many as a sound investment, a true Icon.

A true iconic  Ferrari for sale!! In the most fashionable colour.

Our car is presented in great condition and has been detailed to the highest standards , this car is certainly appreciating in value!

Supplied with  12 month warranty and a new MOT certificate.