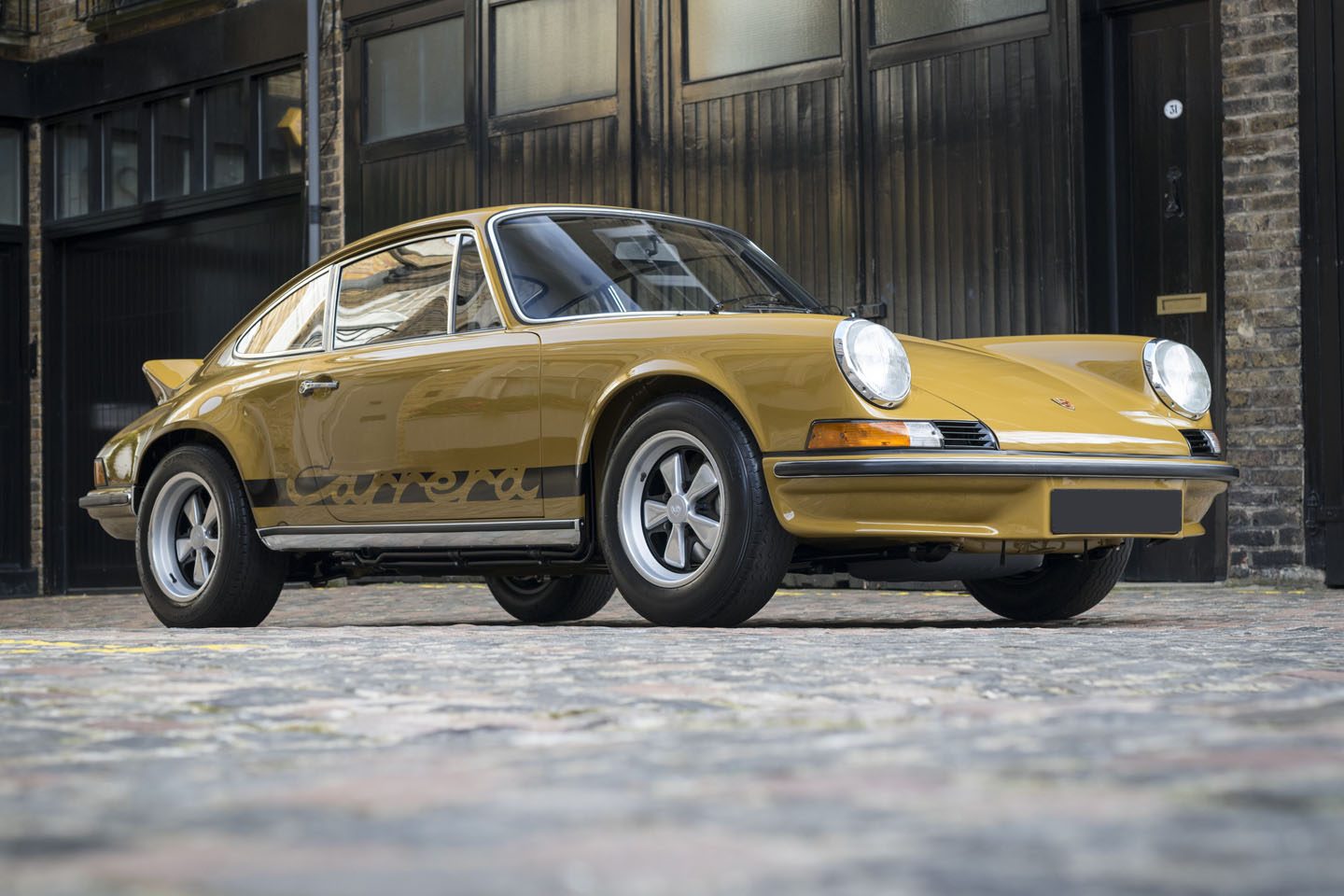 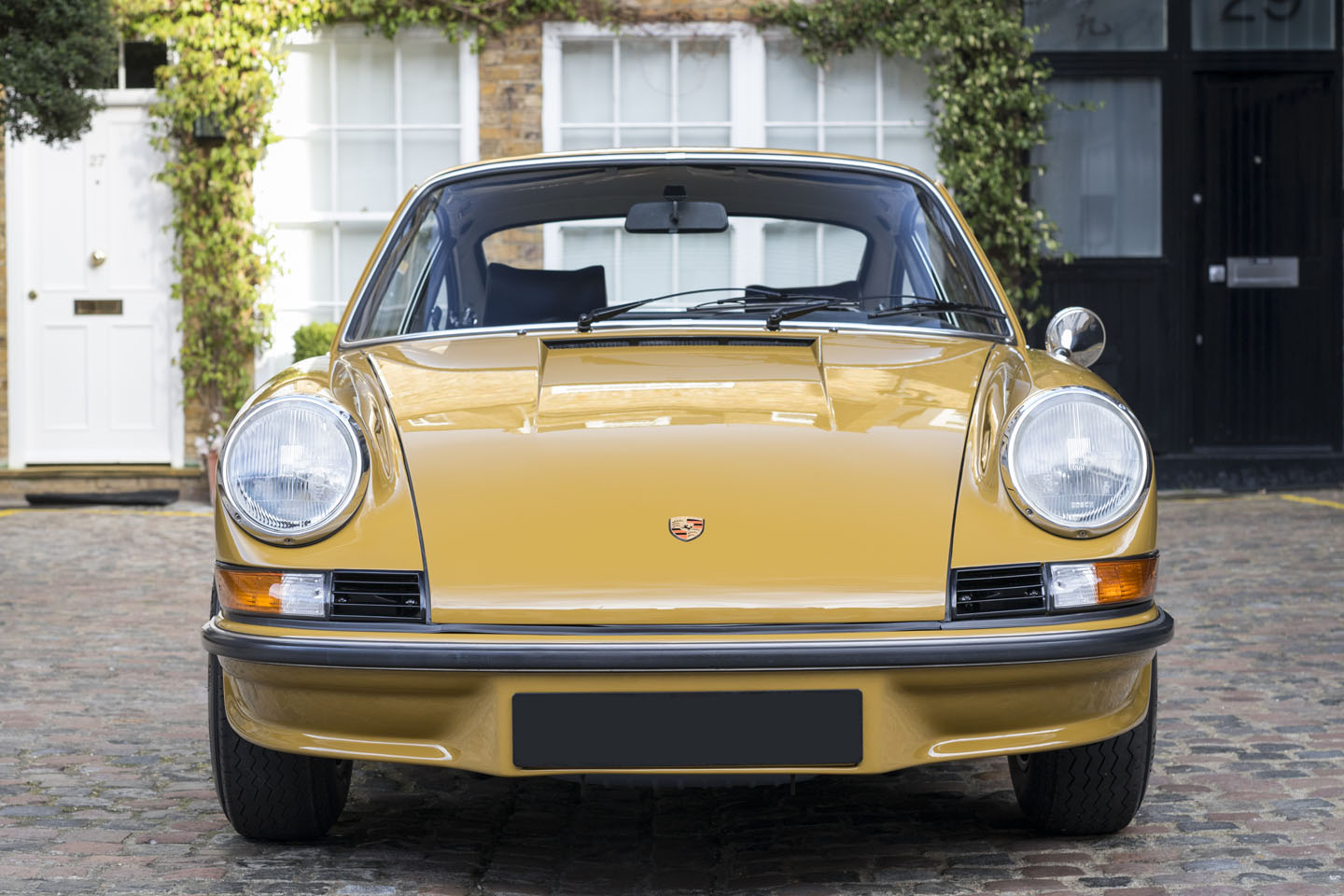 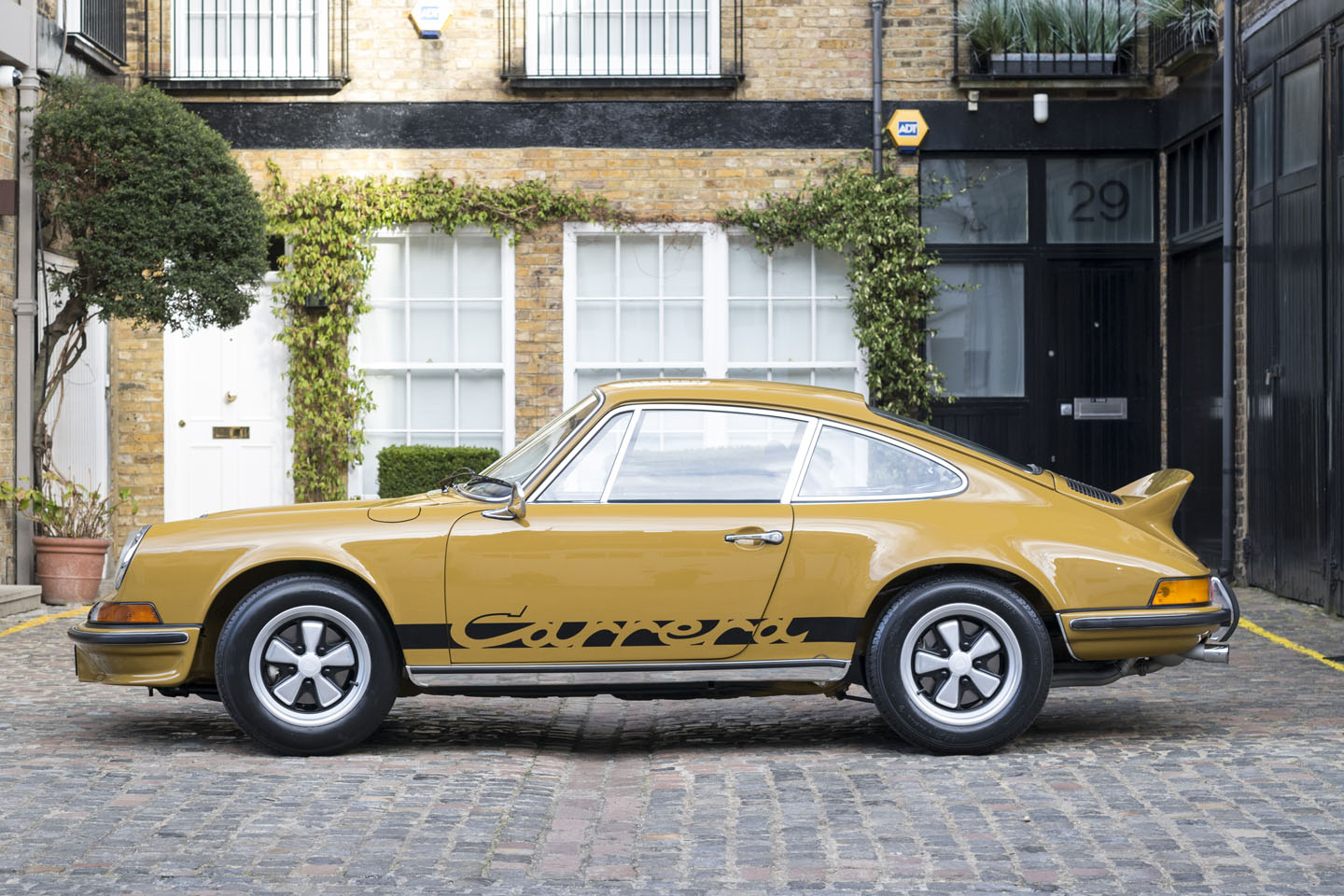 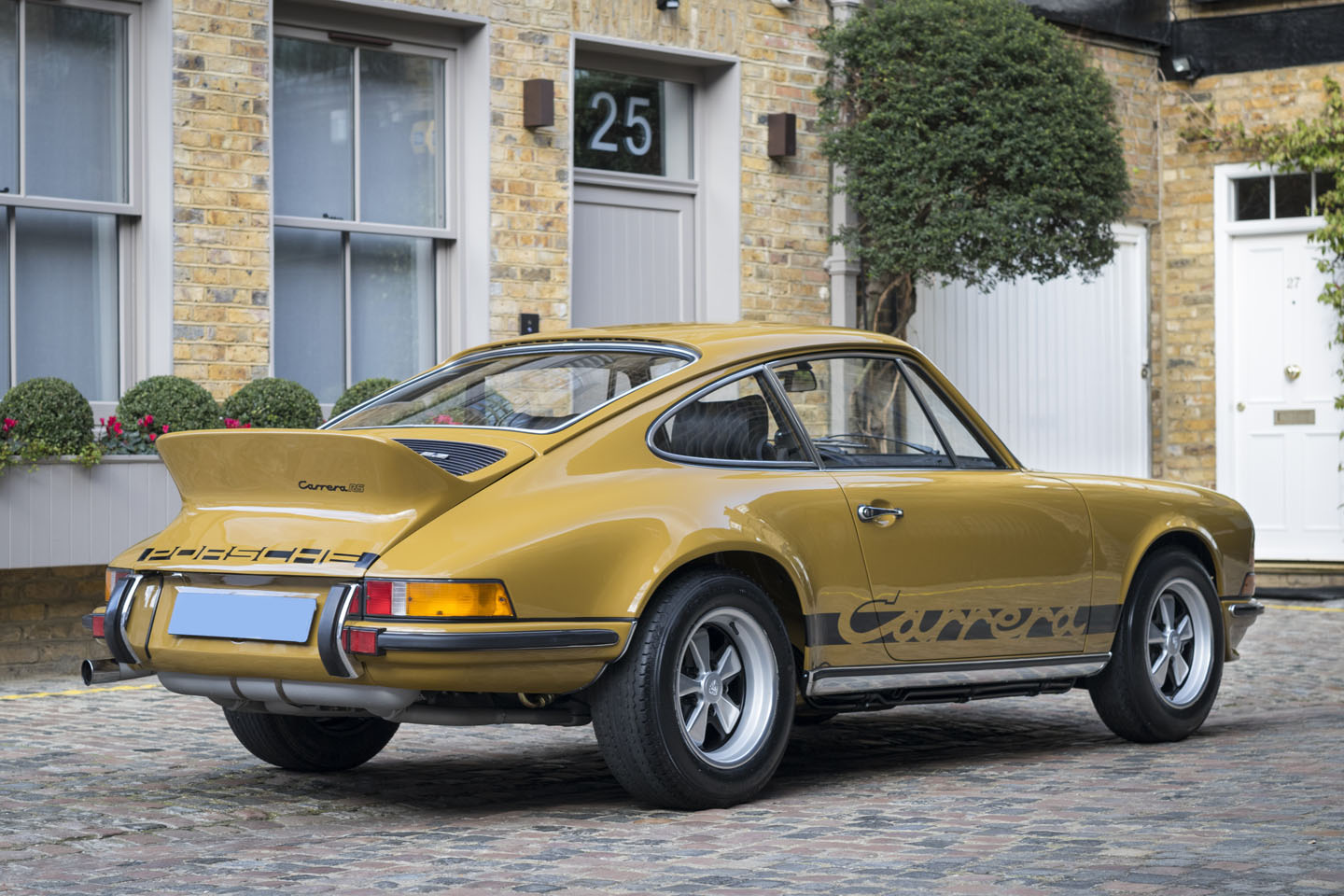 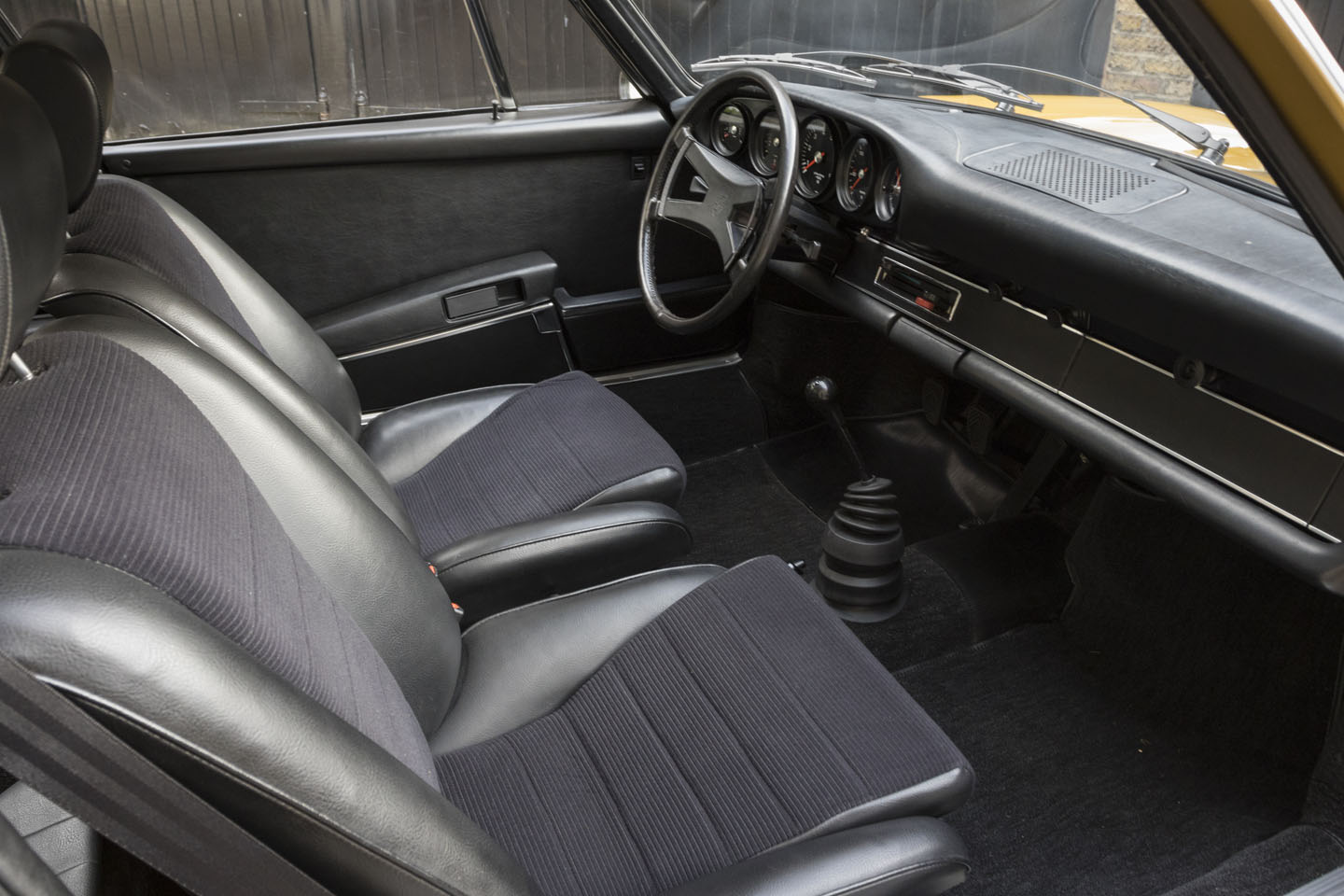 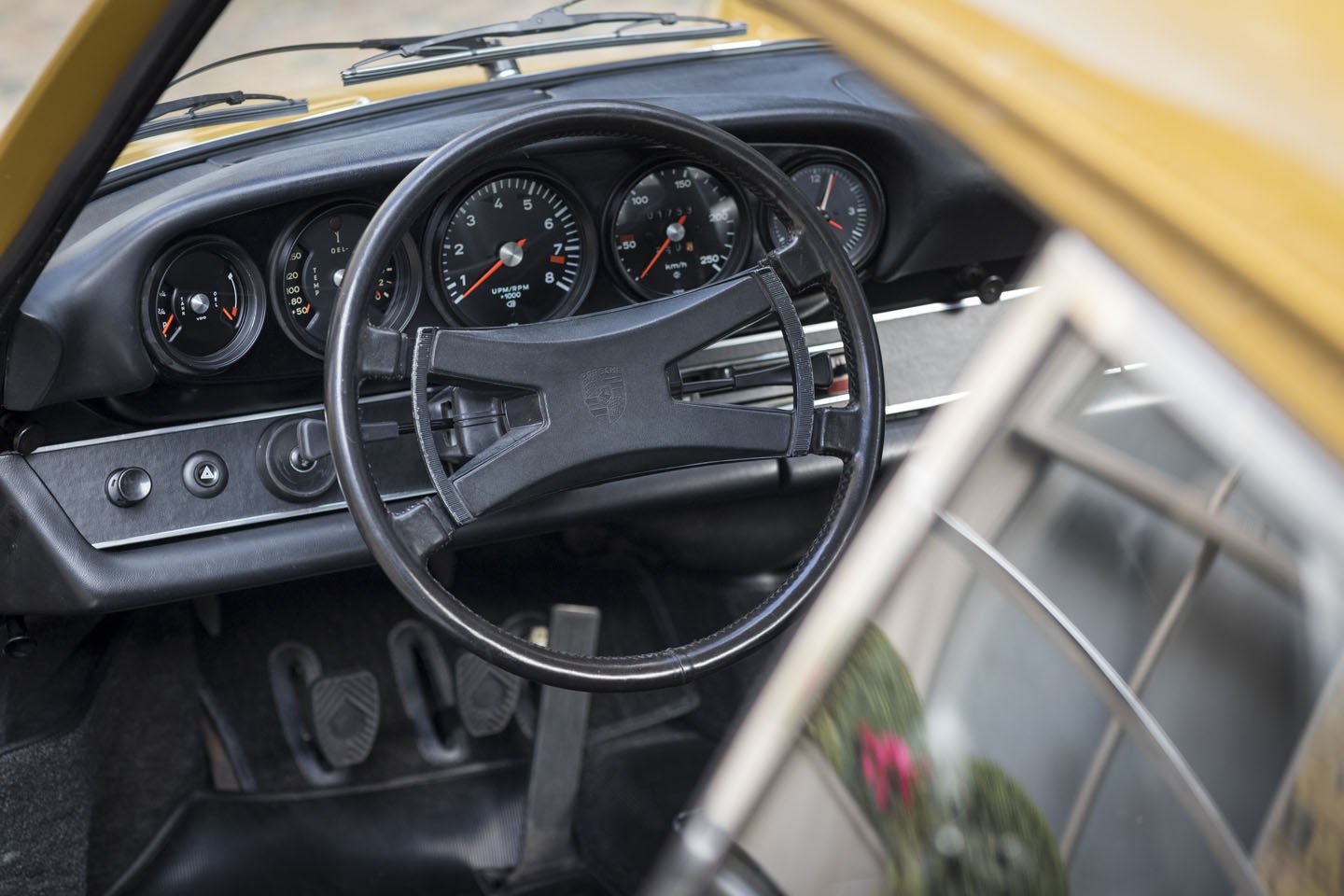 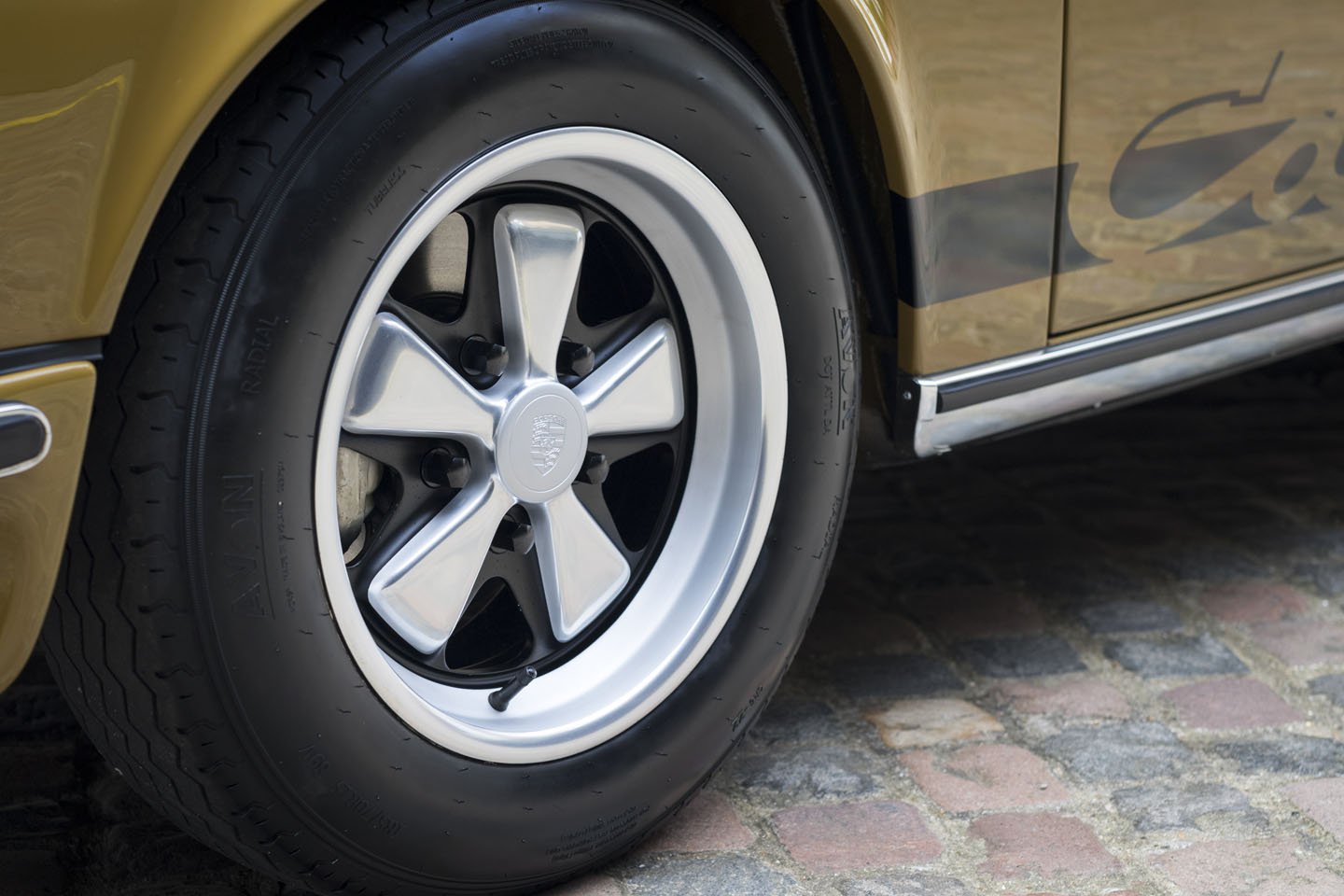 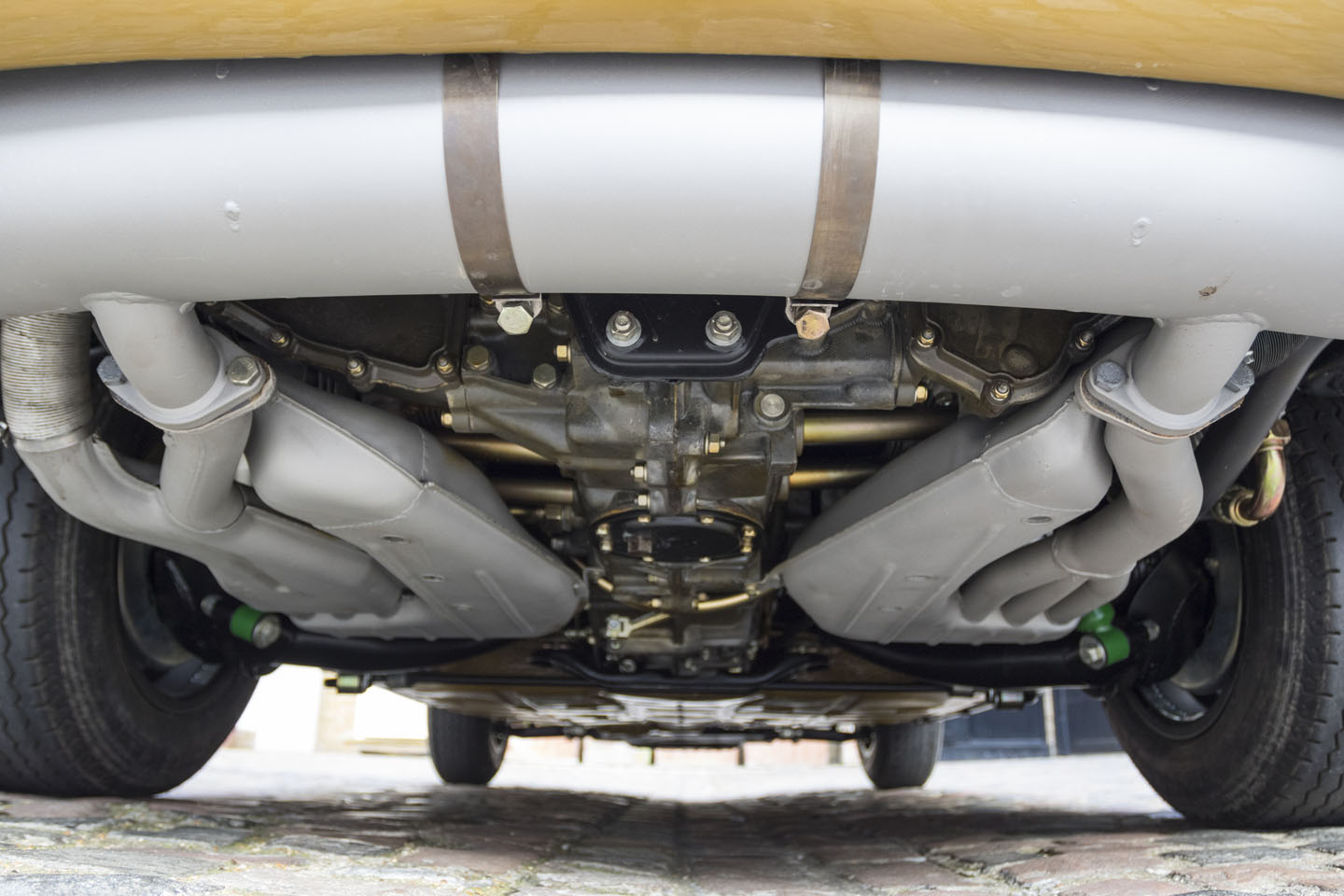 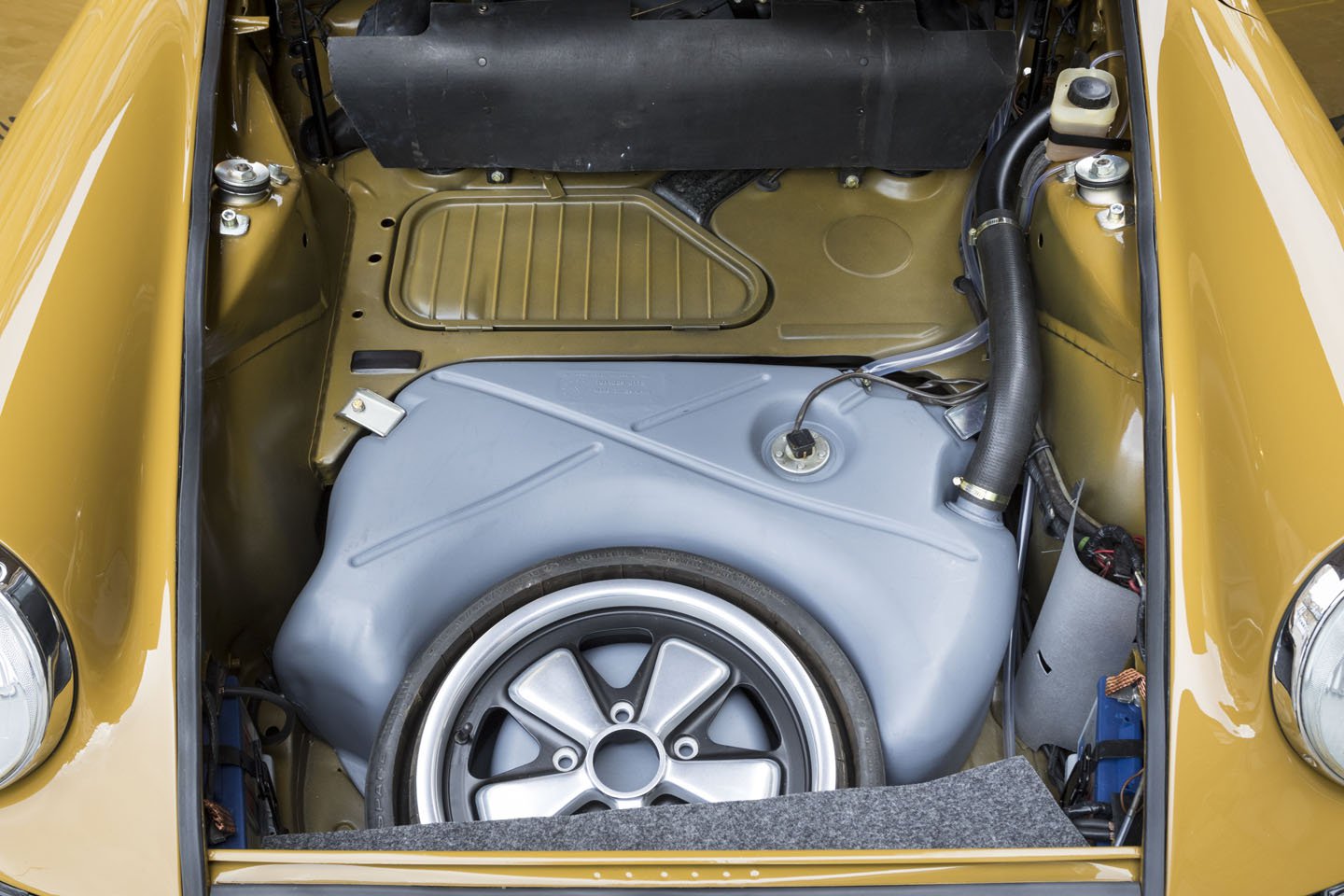 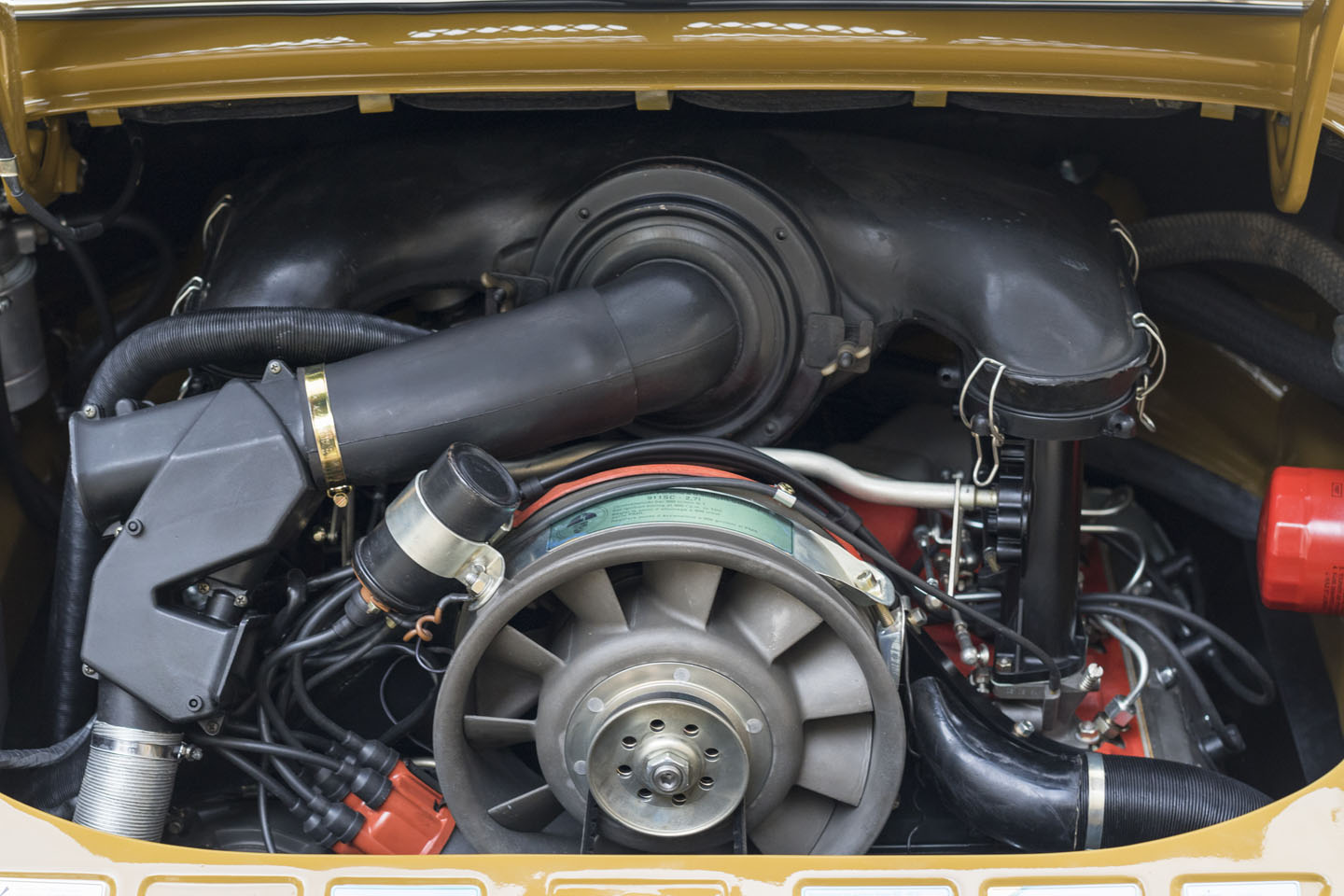 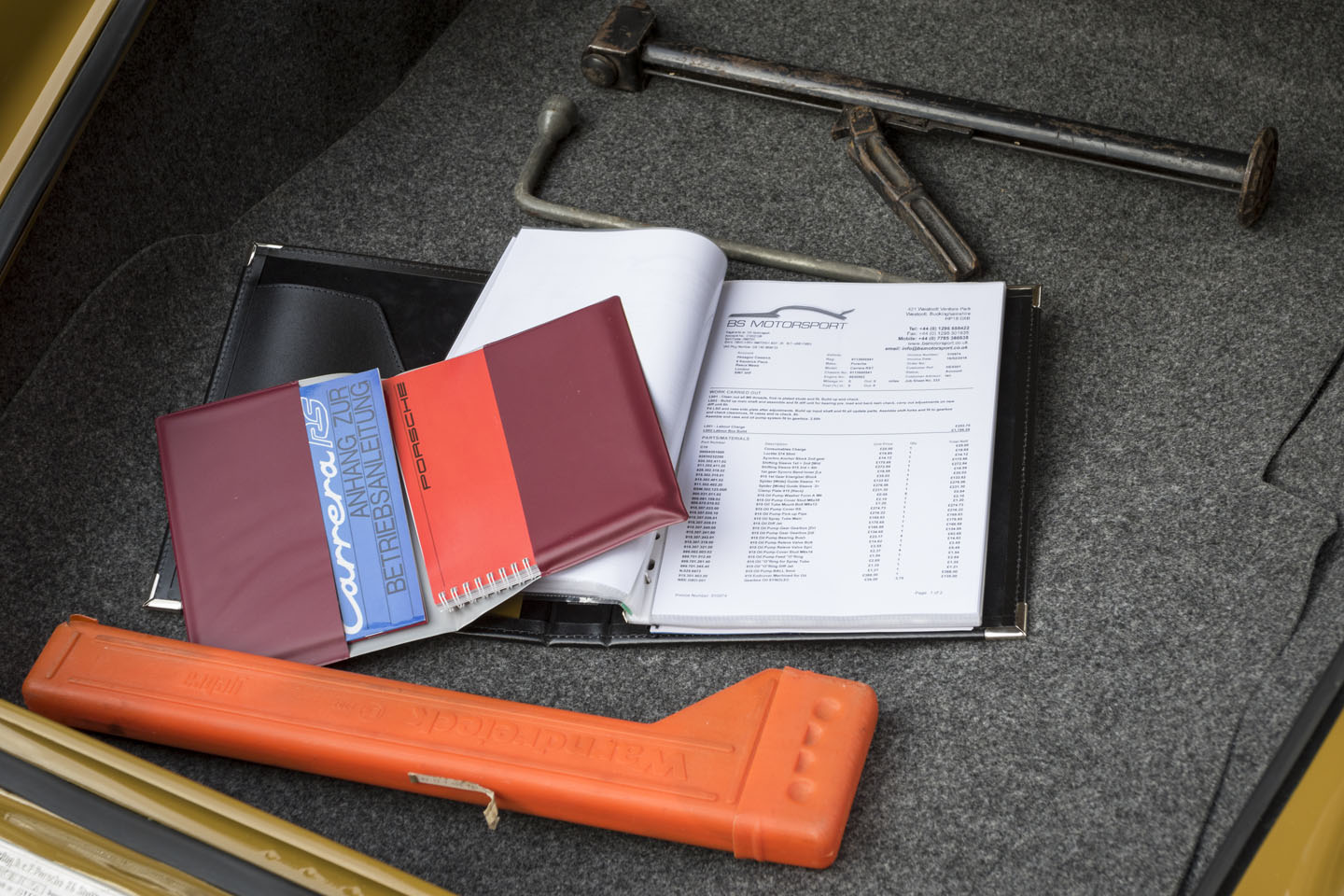 One of Only Four Produced To This Colour Specification

The Porsche 911 is probably the most recognised and iconic 2-door sports car produced by Porsche AG of Stuttgart, Germany. It has a distinctive design, rear-engine and independent rear suspension, an evolution of the swing axle design used on the Porsche 356 with the fitment of the famous air-cooled flat 6 “boxer” engine.

Since its introduction in 1963 the car has undergone continuous development, though the basic concept has remained little changed until this day.

The 911 models have been modified by private teams and the factory itself for racing, rallying and other forms of motorsport. It is amongst the most successful competition car ever. In the mid-1970s, normally aspirated 911 Carrera RSR’s won major world championship sports car races such as Targa Florio, Daytona, Sebring & Nürburgring, even against works prototypes.

RS stands for Rennsport, translated to race sport in English. These motorcars were constructed by Porsche to enter racing formulae that demanded a certain minimum number of production cars were produced.

Compared with a standard 911S 2.4, the Carrera 2.7 RS had a larger engine (2687 cc) developing 210 BHP (150 kW) with MFI, revised and stiffened suspension, a “ducktail” rear spoiler, larger brakes, wider rear wheels and rear fenders. In its RS Touring format the car weighed 1075 kg (2370 lb), in Sport Lightweight form it was about 100 kg (220 lb.) lighter, the saving coming from the thin-gauge steel used for parts of the body shell and also the use of thinner glass. In total, 1580 were made, comfortably exceeding the 500 that had to be constructed to qualify for the vital FIA Group 4 class. The RS model is considered by many to be the greatest classic 911 of all-time.

Our rare correct matching numbers left hand drive Carrera 2.7 RS Touring (M472) was manufactured by Porsche AG in Stuttgart, West Germany on the 1st January 1973 & was commissioned to be built in Olive (414) with Black interior & only 4 examples are thought to be thus finished.

On Hexagon Classics acquisition we instructed one of the UK’s leading Historic Porsche Specialists to carry out a complete mechanical and “body off” restoration that included:

This exceptional, Left Hand Drive Carrera 2.7RST is presented in outstanding restored condition and supplied with the following historical documentation: