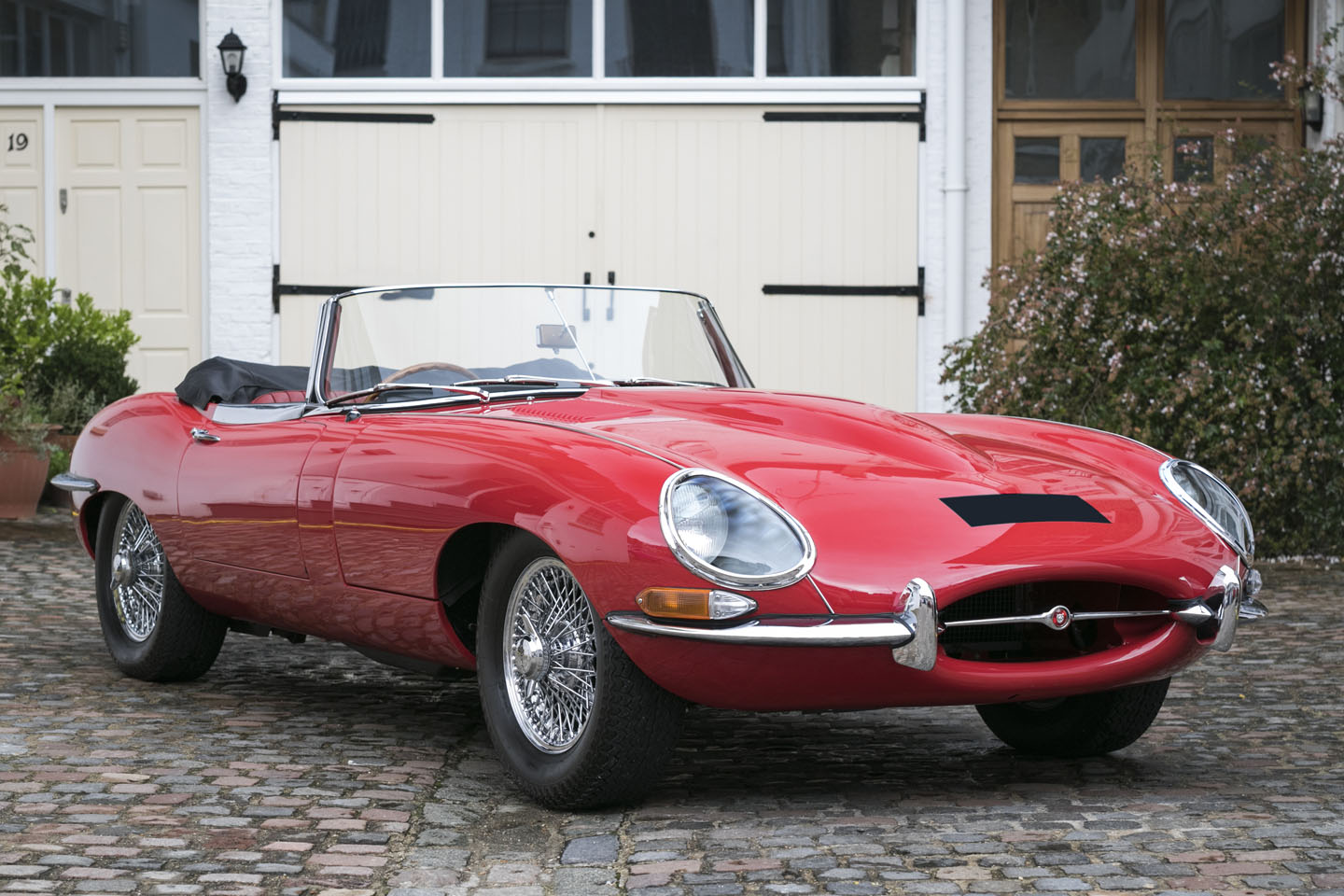 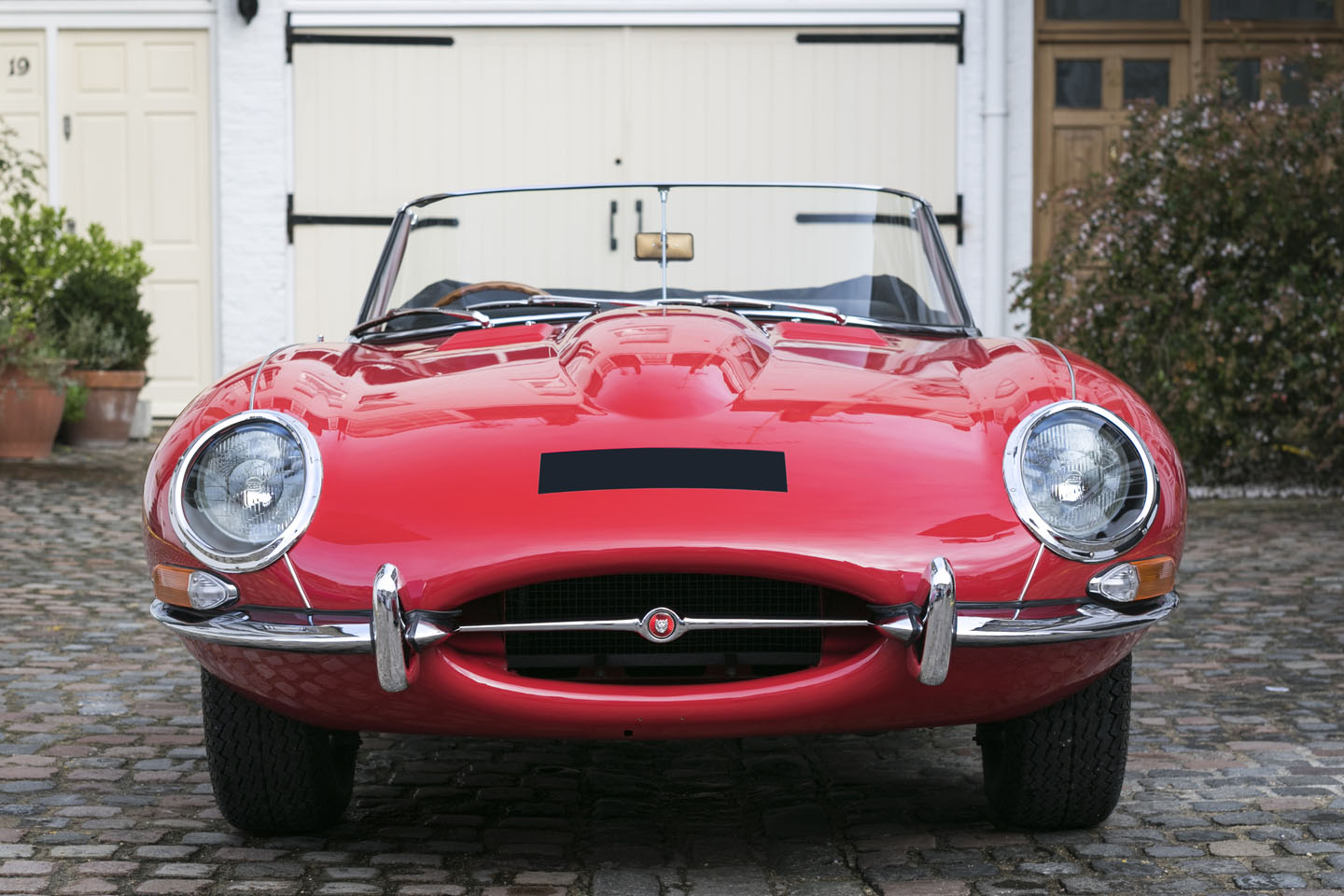 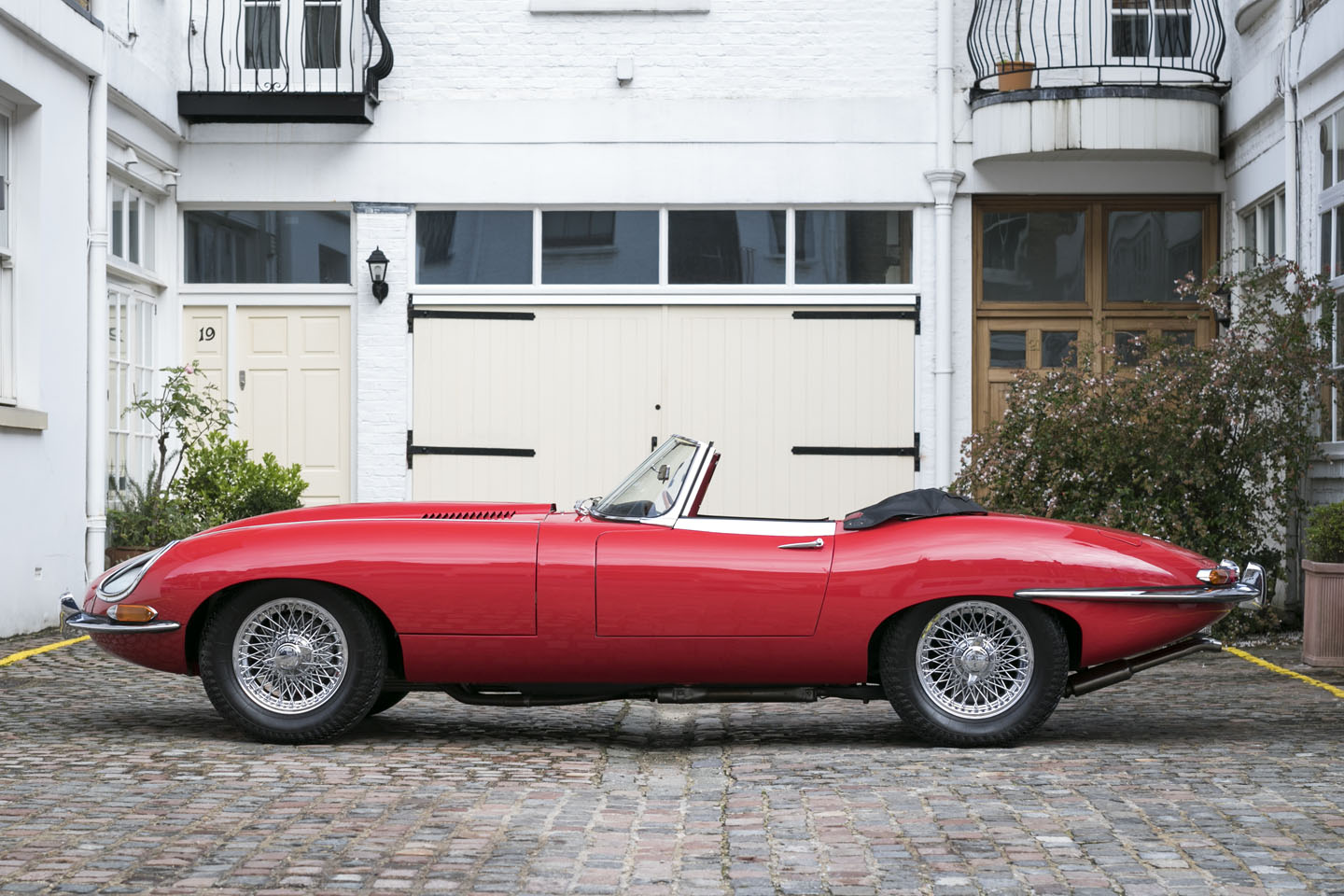 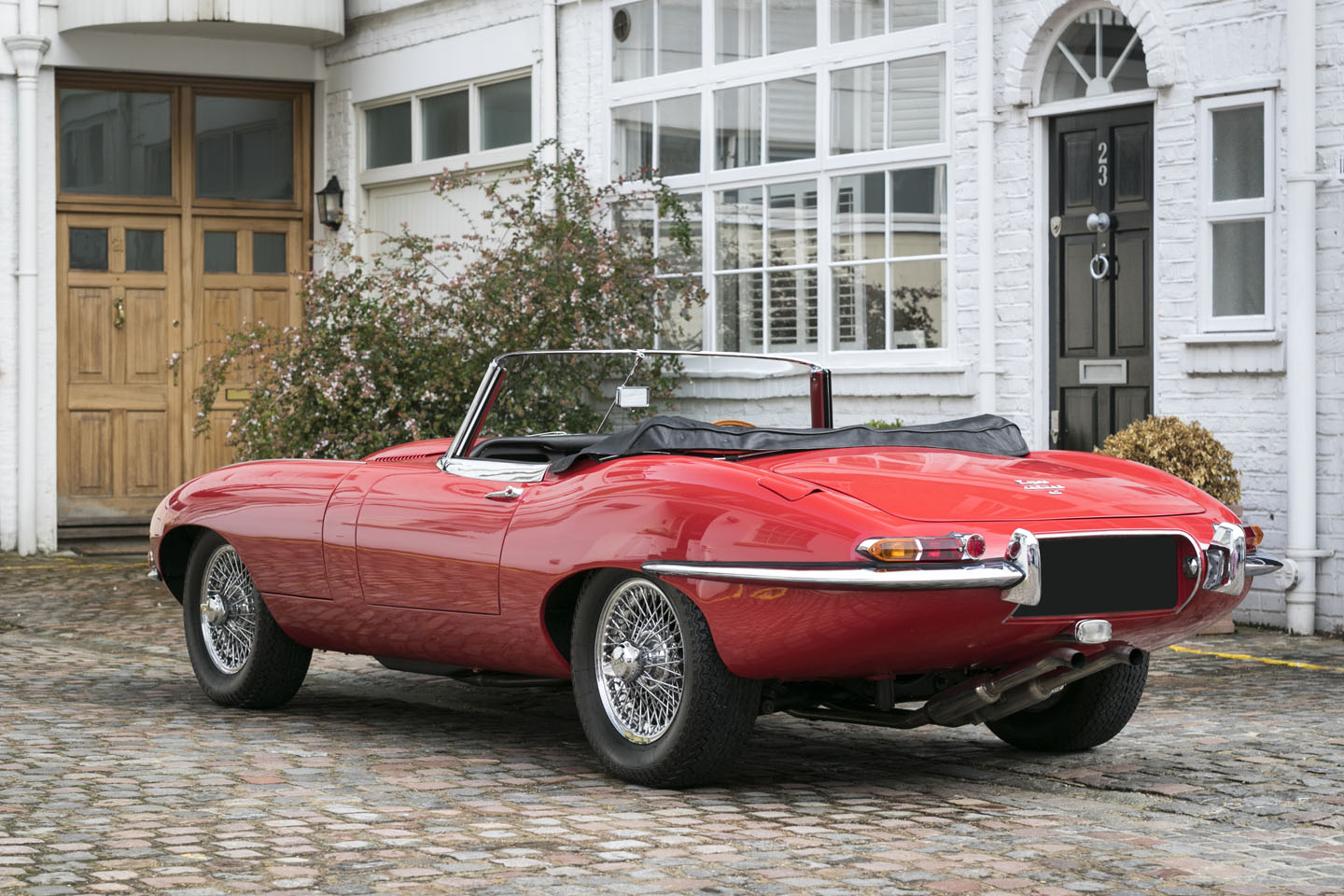 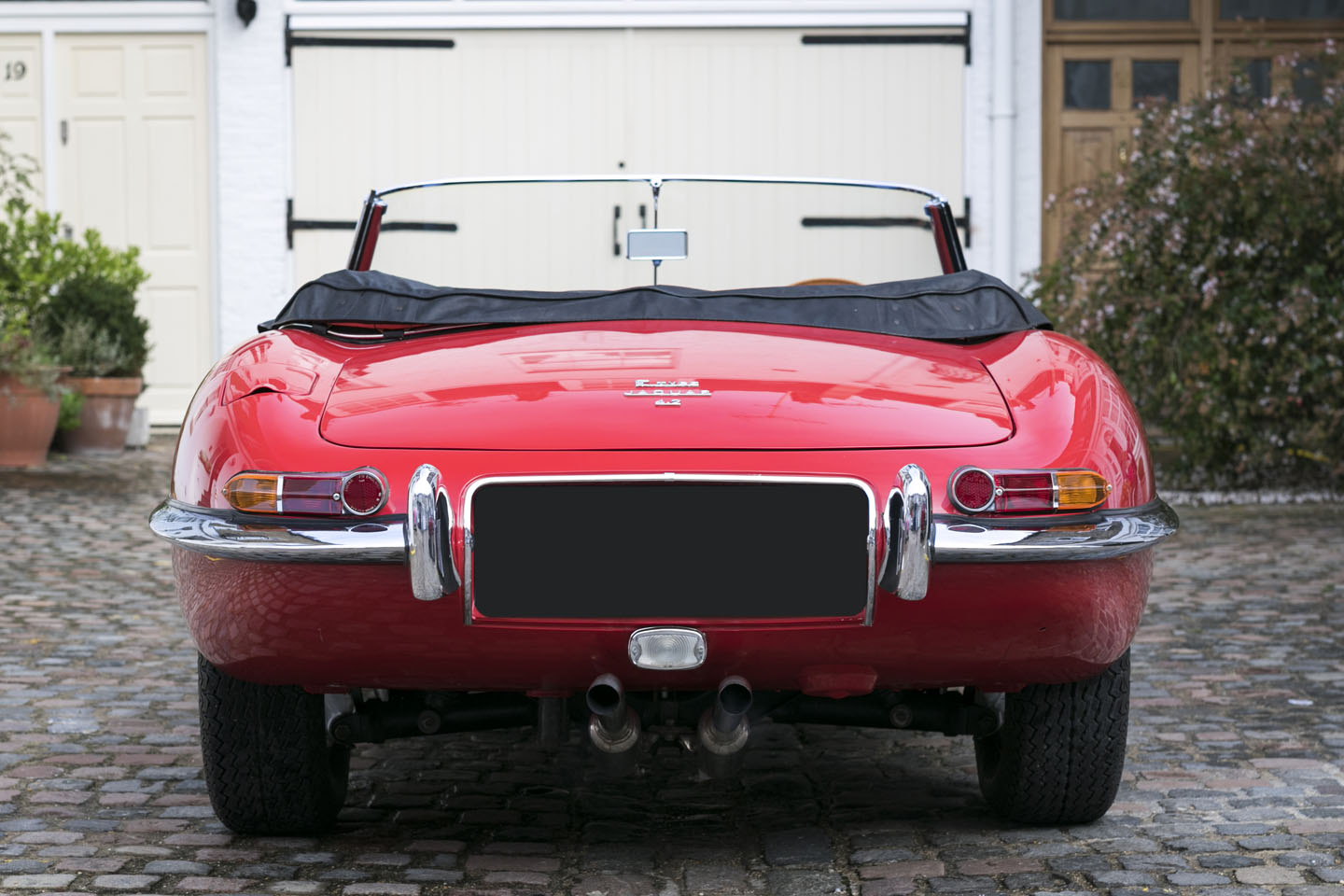 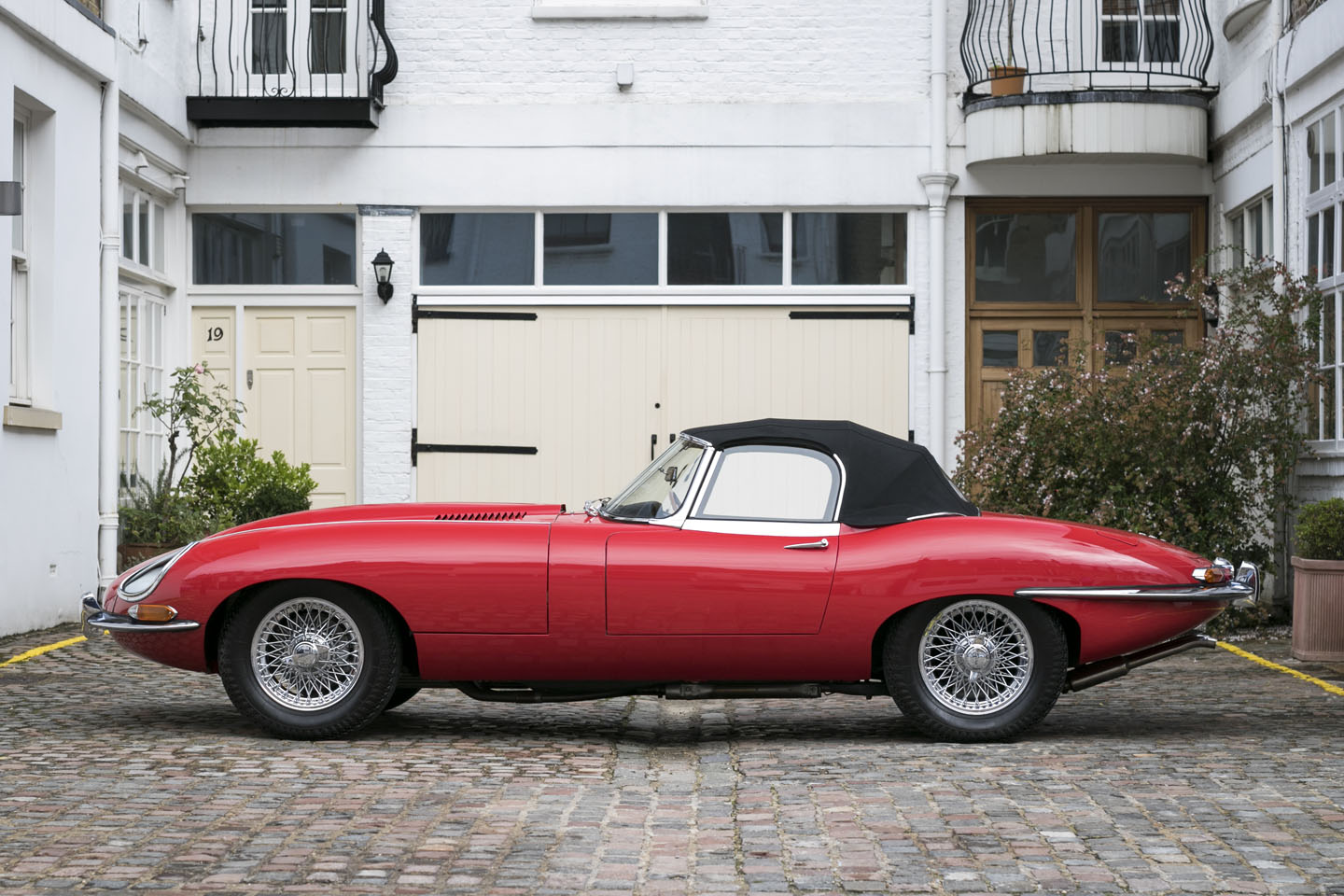 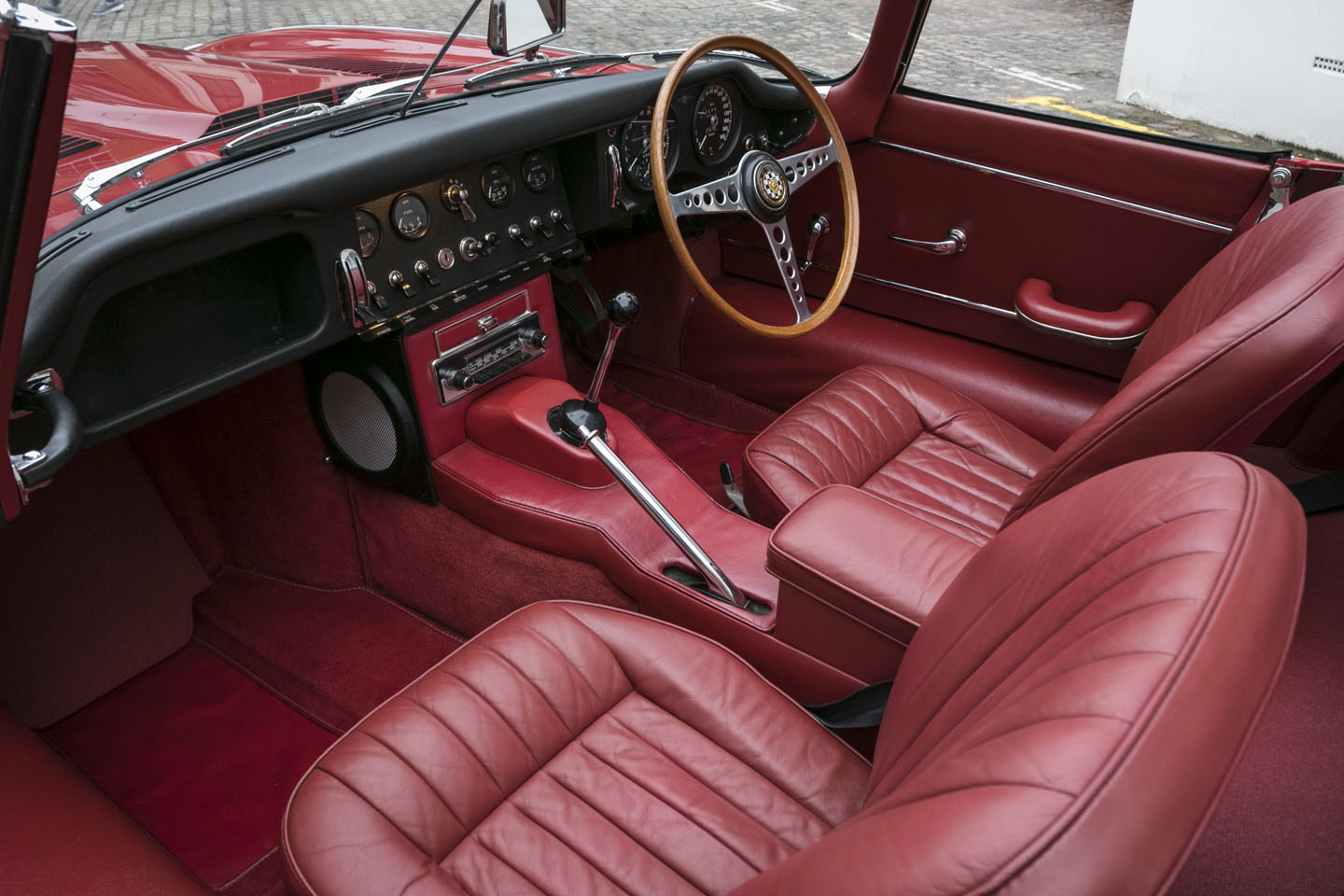 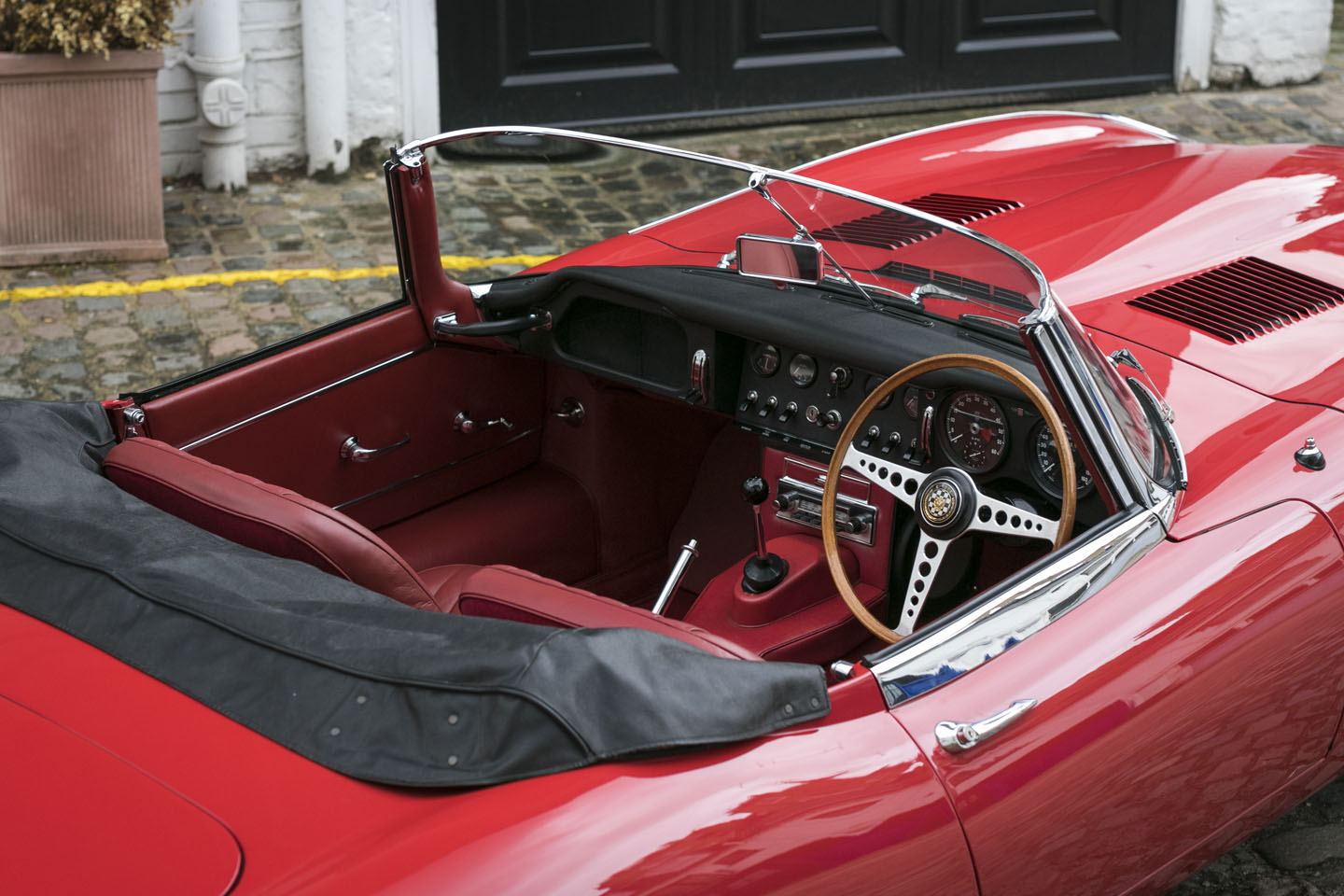 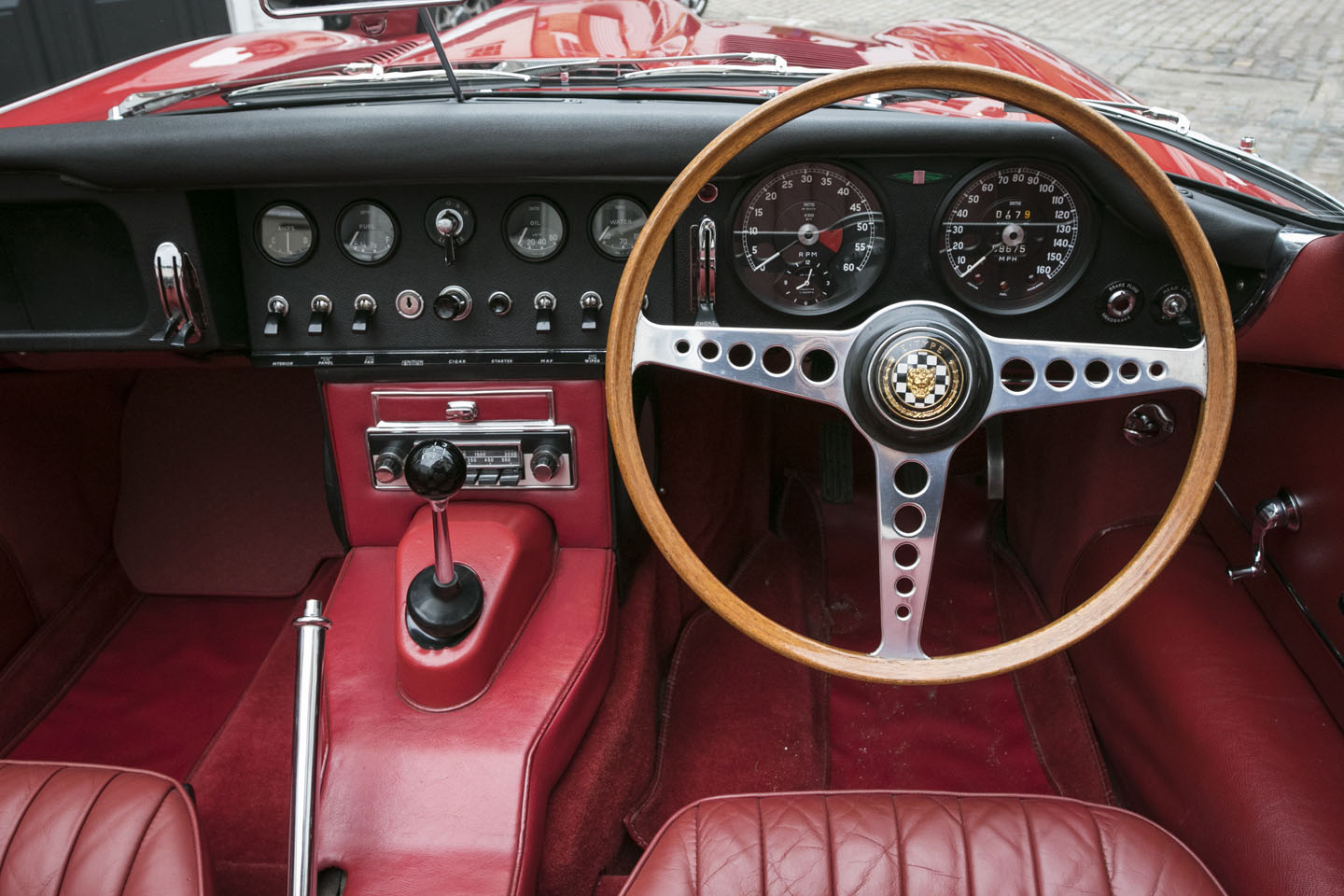 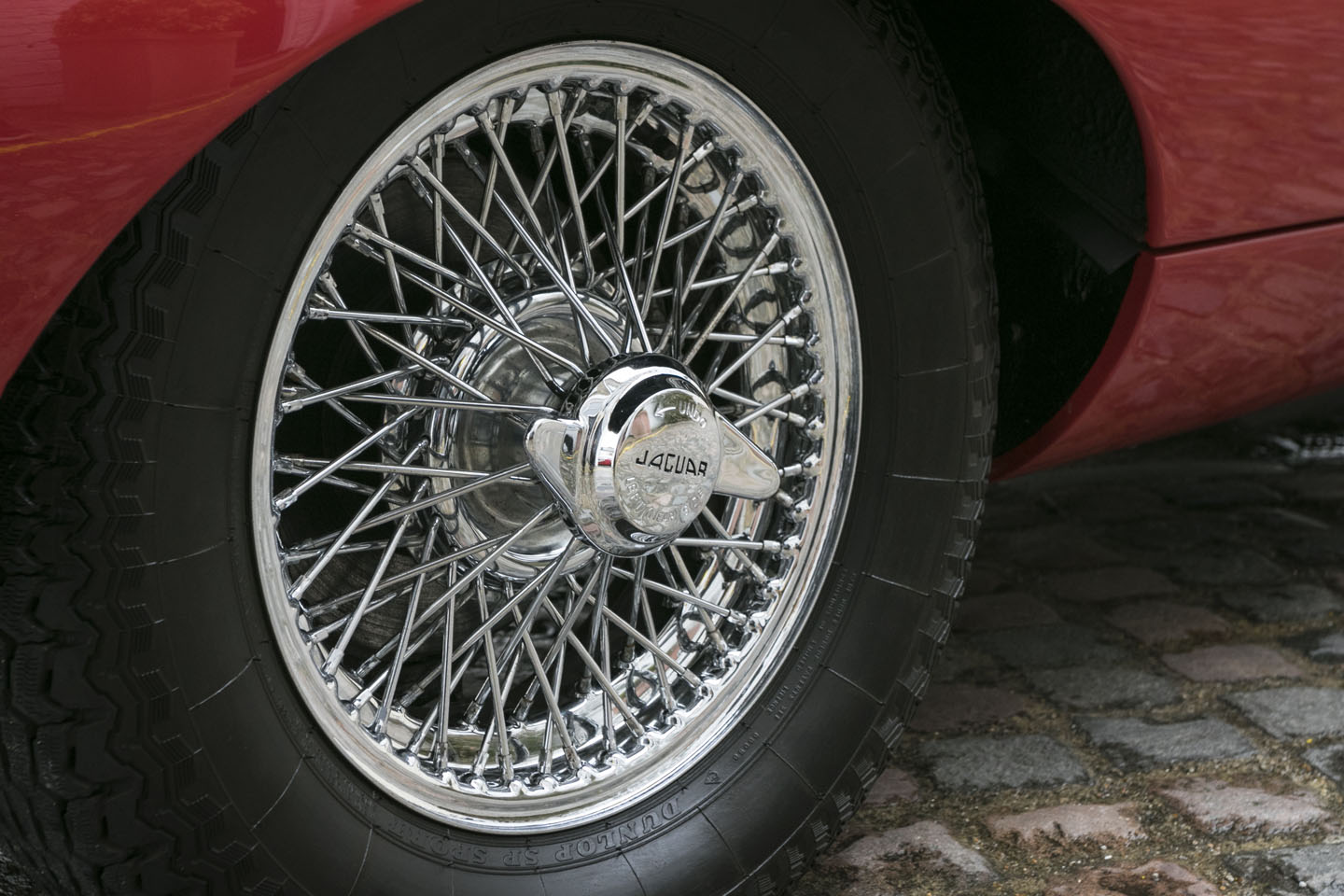 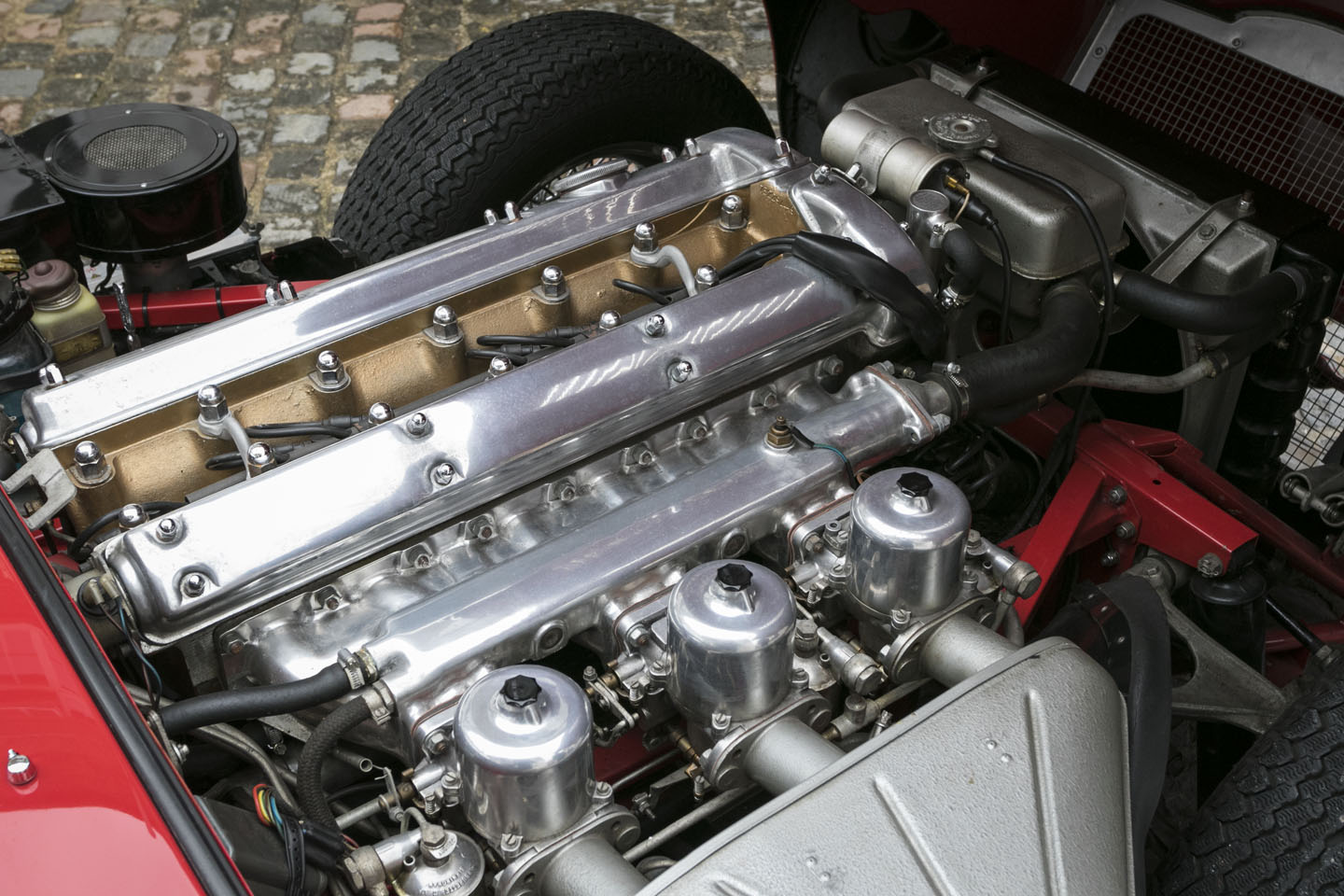 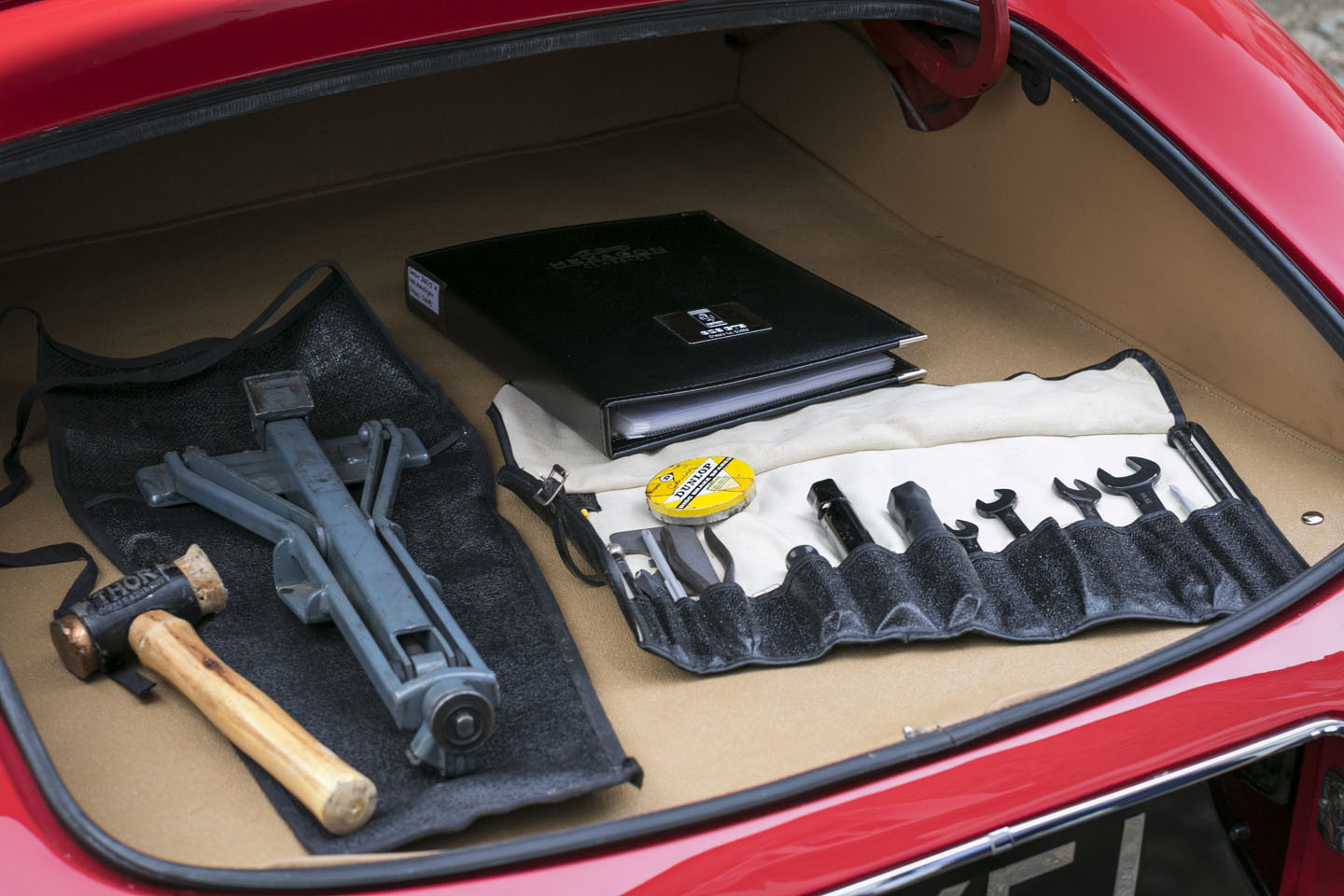 The Jaguar E-Type is a British automobile legend; manufactured by Jaguar between 1961 and 1975. It combined sensational looks, high performance and competitive pricing that instantly captured the imagination of the British public at the time and it has remained a truly iconic piece of British motoring history since. It was voted “the most beautiful car of all time” by the Daily Telegraph; Sports Car International Magazine placed the E Type at number one on their list of Top Sports Cars of the decade. On the cars public release in 1961, Enzo Ferrari called it “The most beautiful car ever made”

The Jaguar 3.8 Litre ‘E’ Type was introduced, initially for export only, in March 1961. The domestic market launch came four months later in July 1961. The cars at this time used the triple SU carburetted 3.8 Litre six-cylinder Jaguar XK engine from the XK150S. After that, the floors were dished to provide more leg room and the twin hood latches moved to inside the car. The 3.8 Litre engine was increased to 4.2 Litres in October 1964.

All E-Types featured independent coil spring rear suspension with torsion bar front ends, and four wheel disc brakes, in-board at the rear, all were power-assisted. Jaguar was one of the first vehicle manufacturers to equip cars with disc brakes as standard from the XK150 in 1958. The first series motorcars can be recognized by glass-covered headlights (up to 1967), small “mouth” opening at the front, signal lights and tail-lights above bumpers and exhaust tips under the number plate in the rear.

Our utterly unique Jaguar ‘E’ Type was supplied via P.J Evans of Birmingham to Mr M Hart on the 22nd of February 1965.

The current total mileage of our outstanding Jaguar 4.2 Litre ‘E’ Type Open Two-Seater stands at 8,676m and surely represents a unique opportunity to purchase and own one of the most iconic, lowest mileage motorcars of the 20th century; a Jaguar E Type Open Two-Seater!