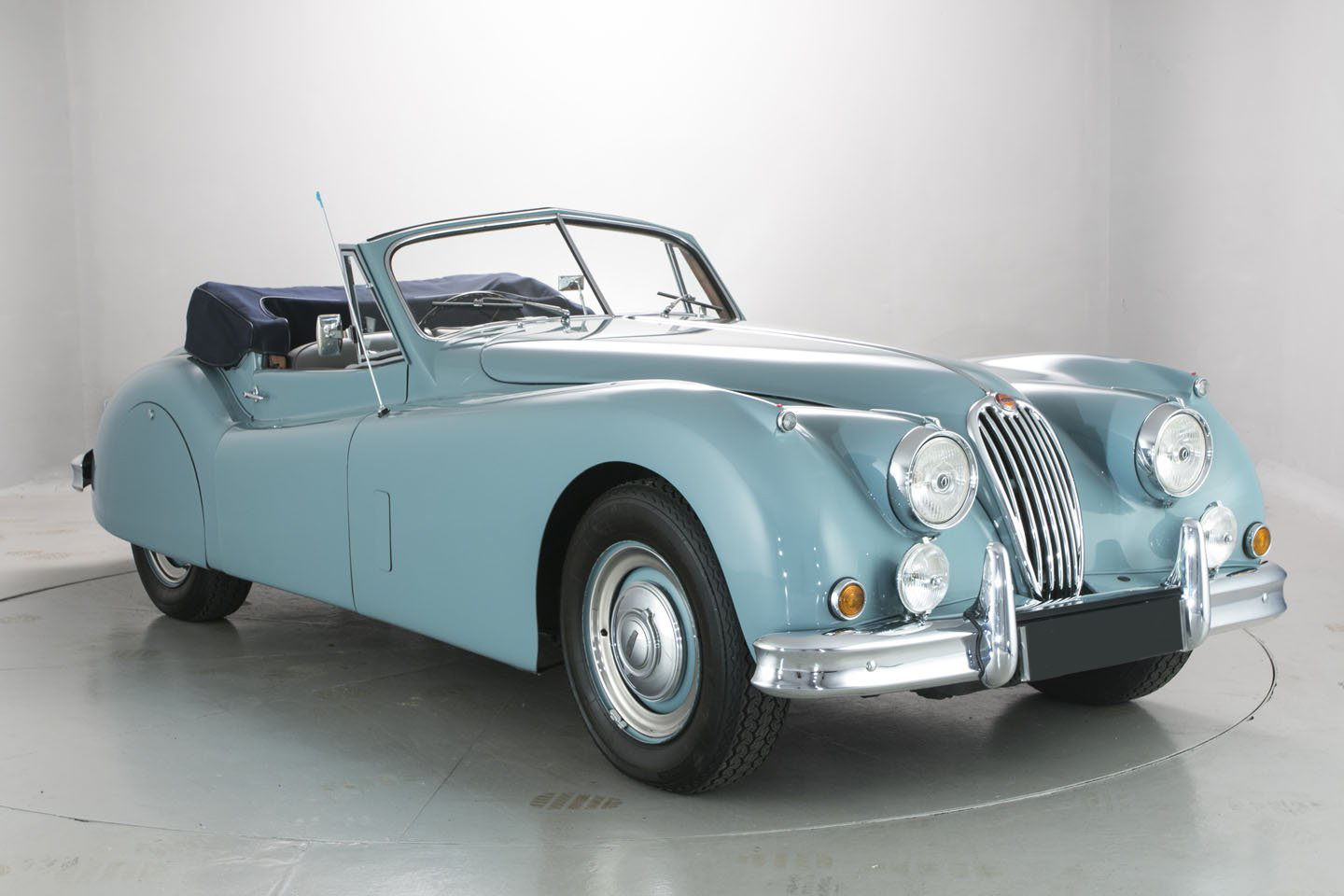 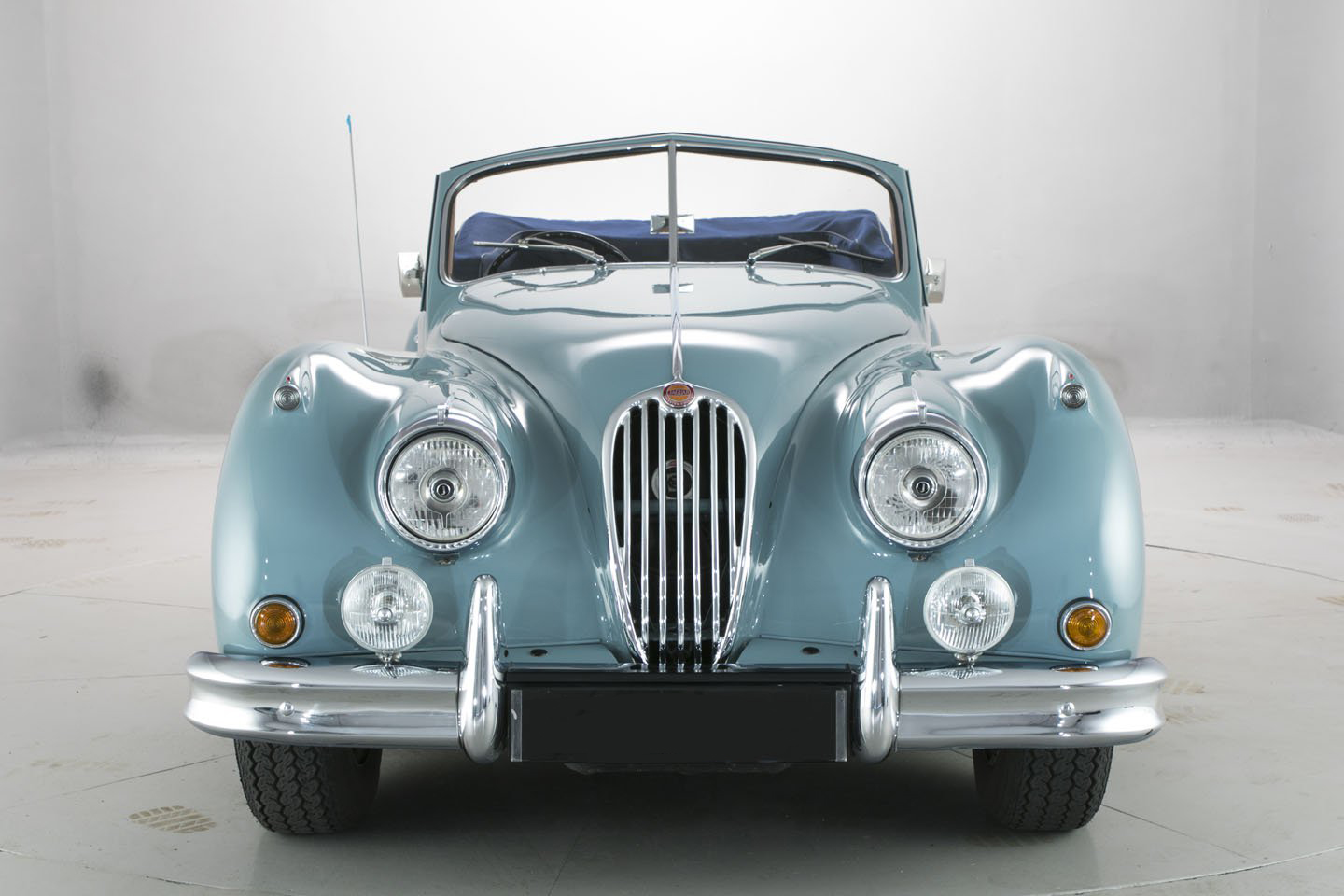 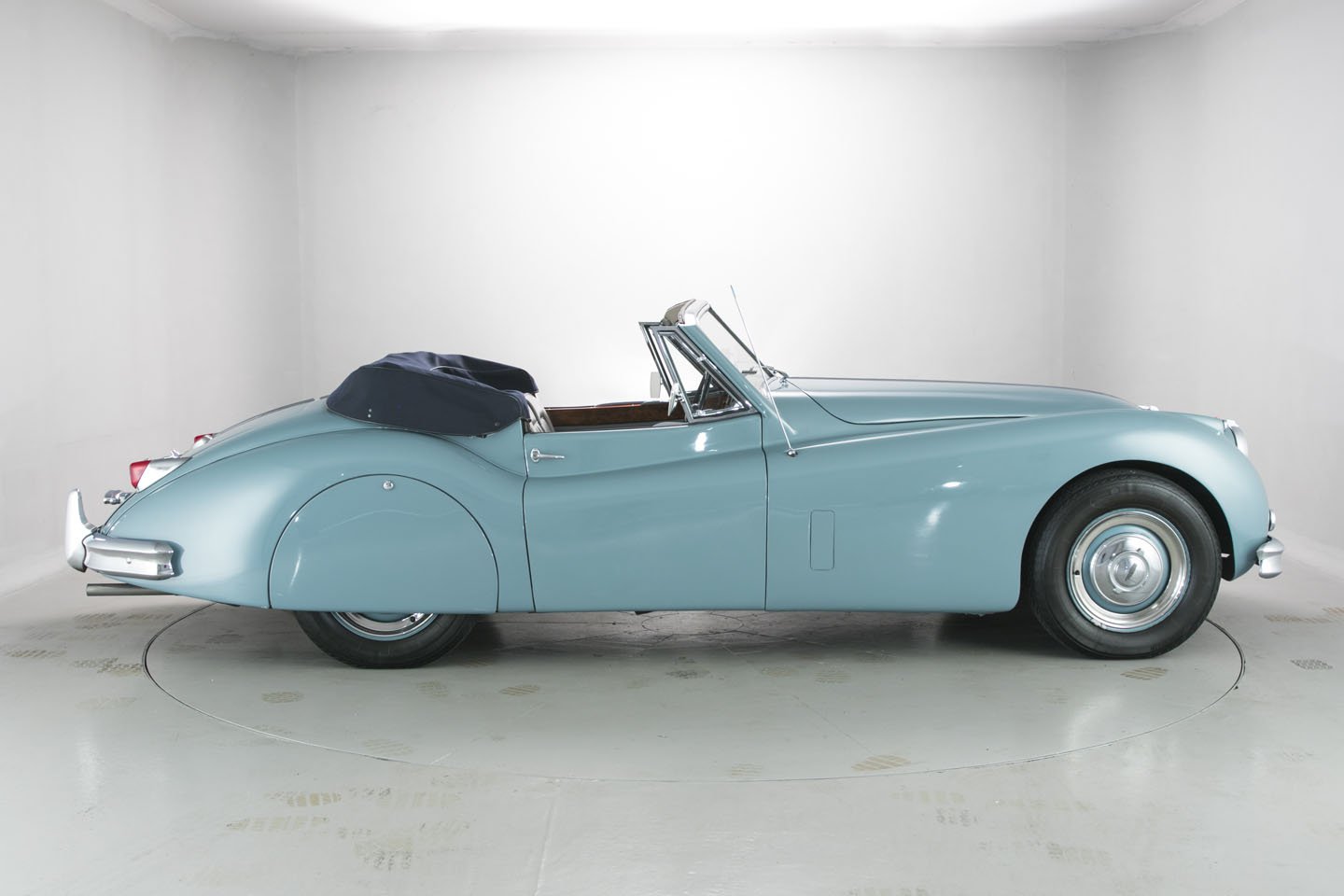 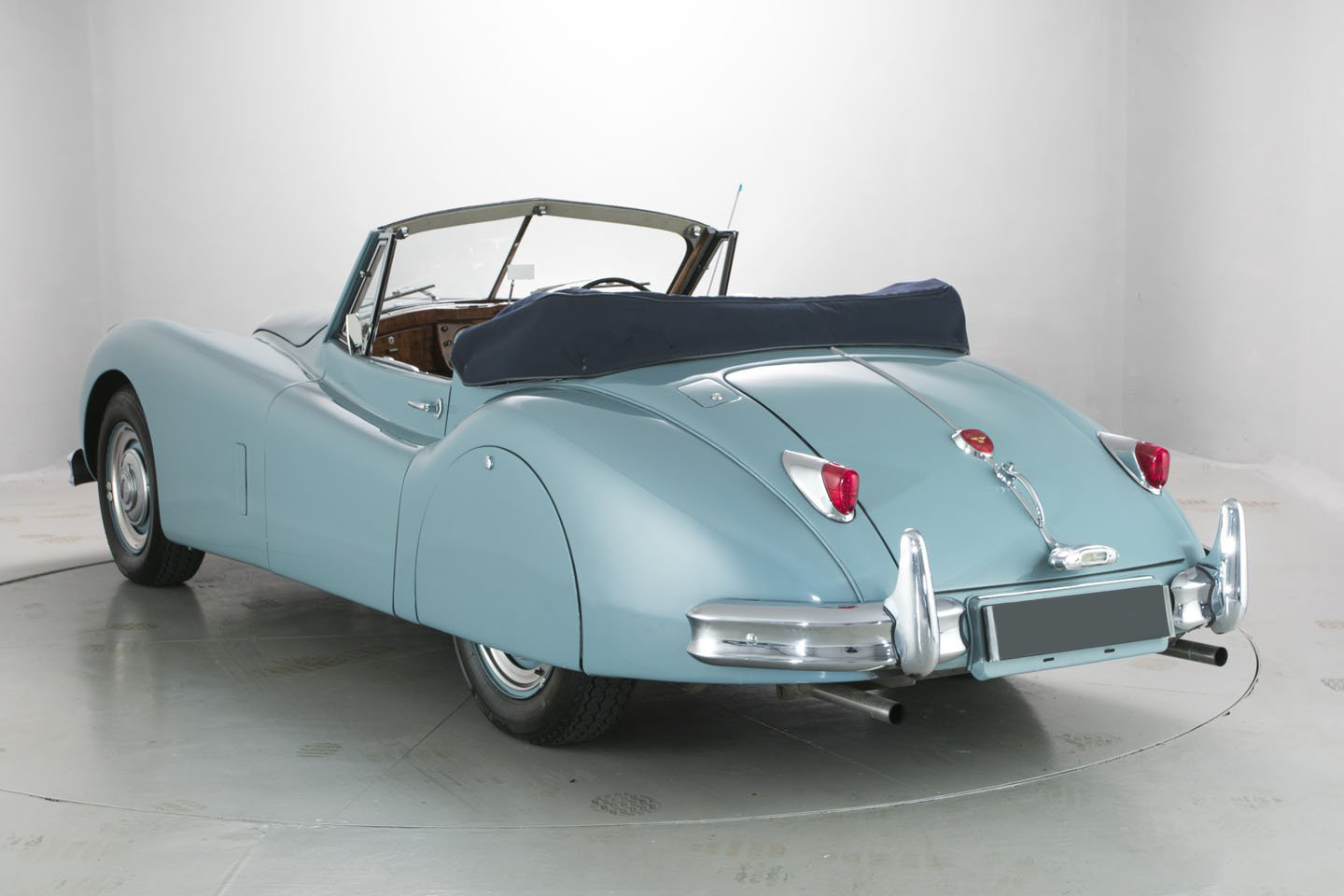 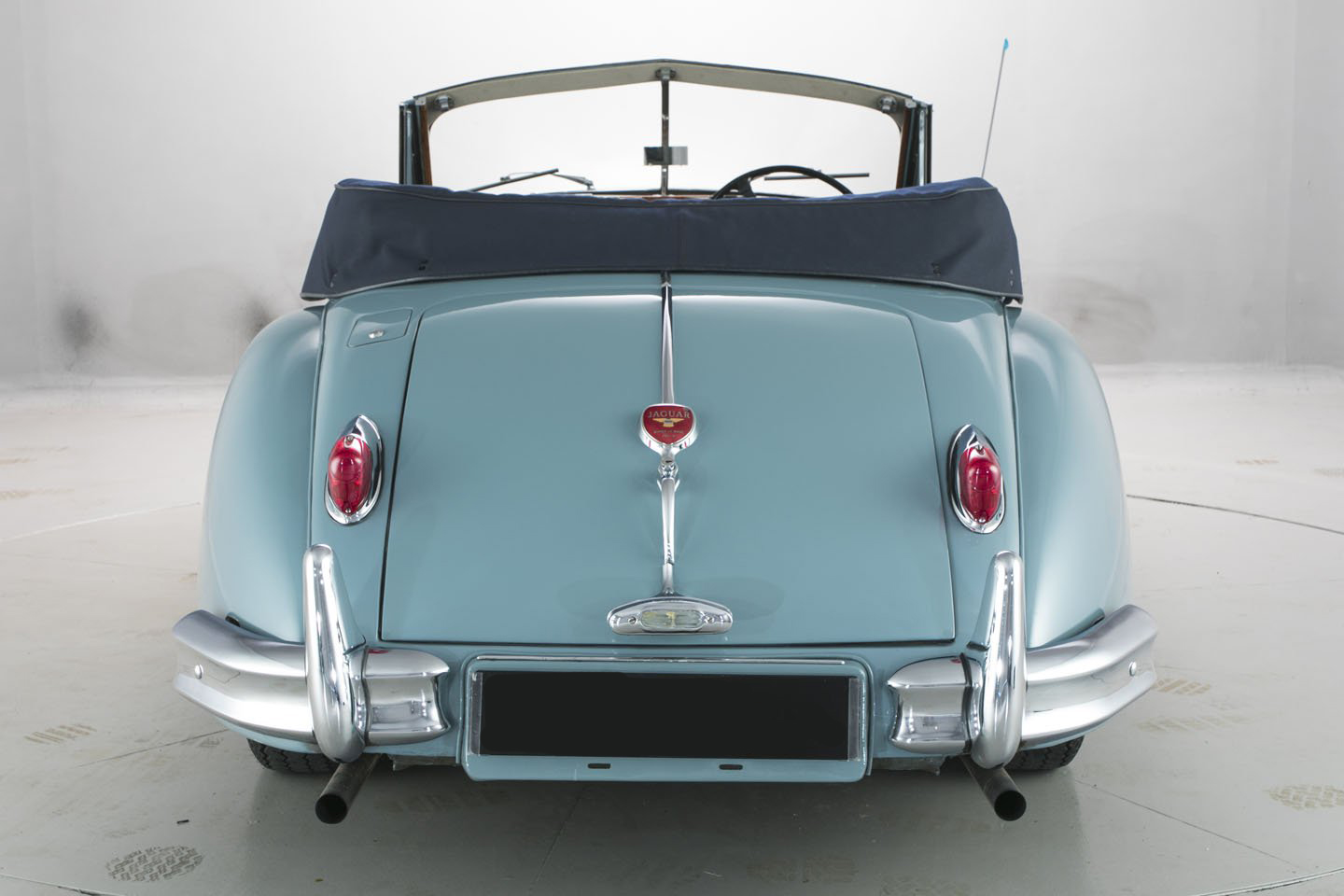 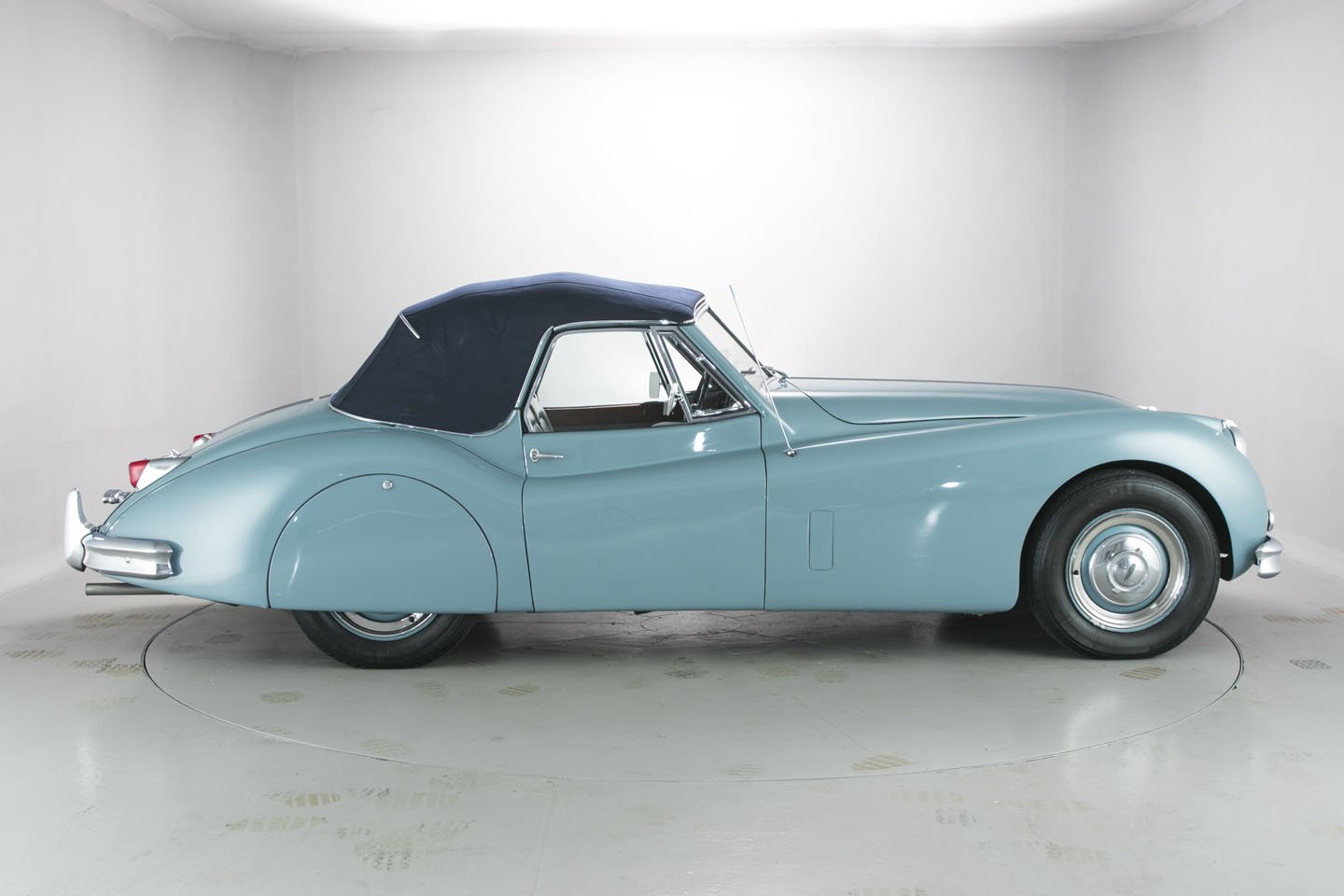 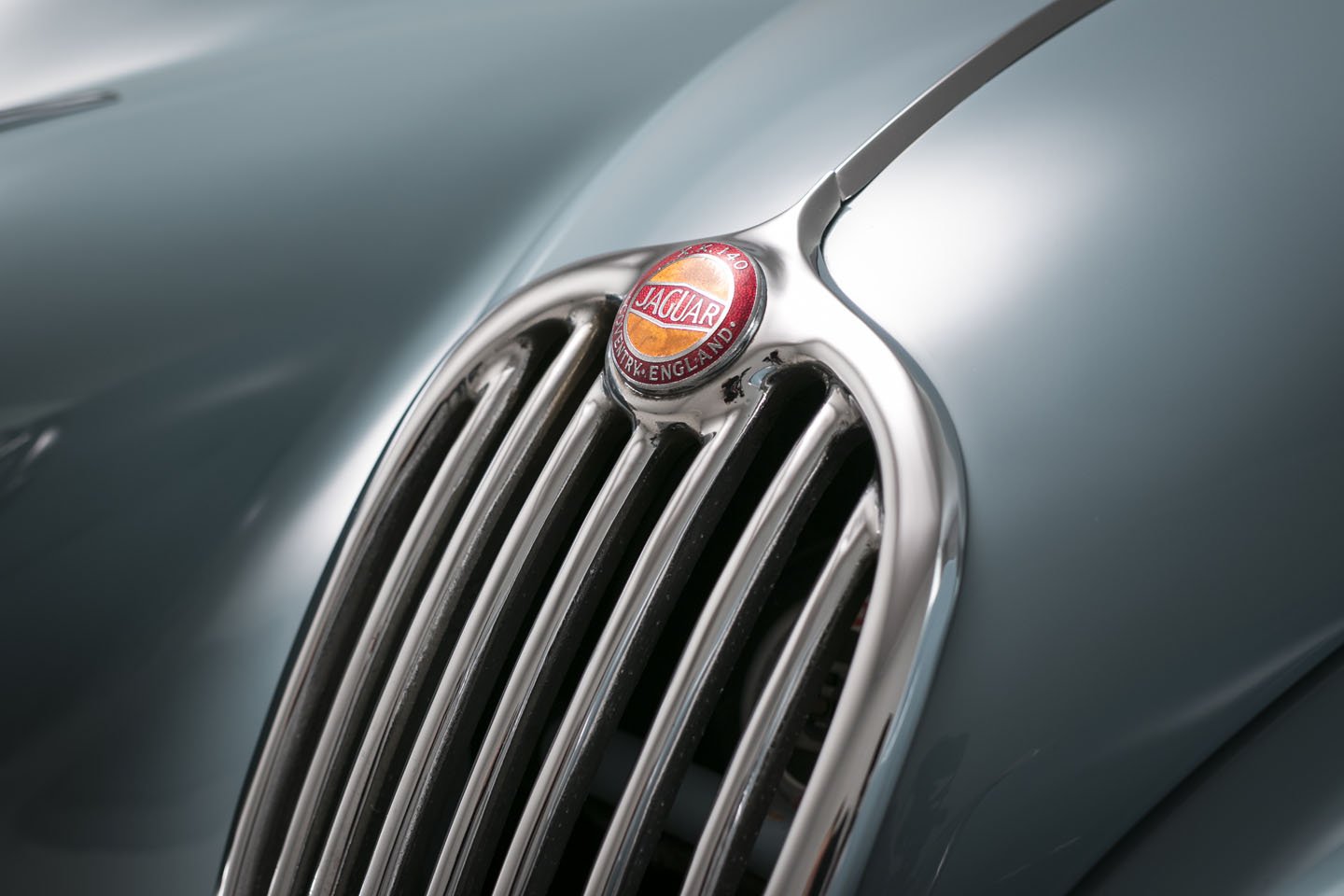 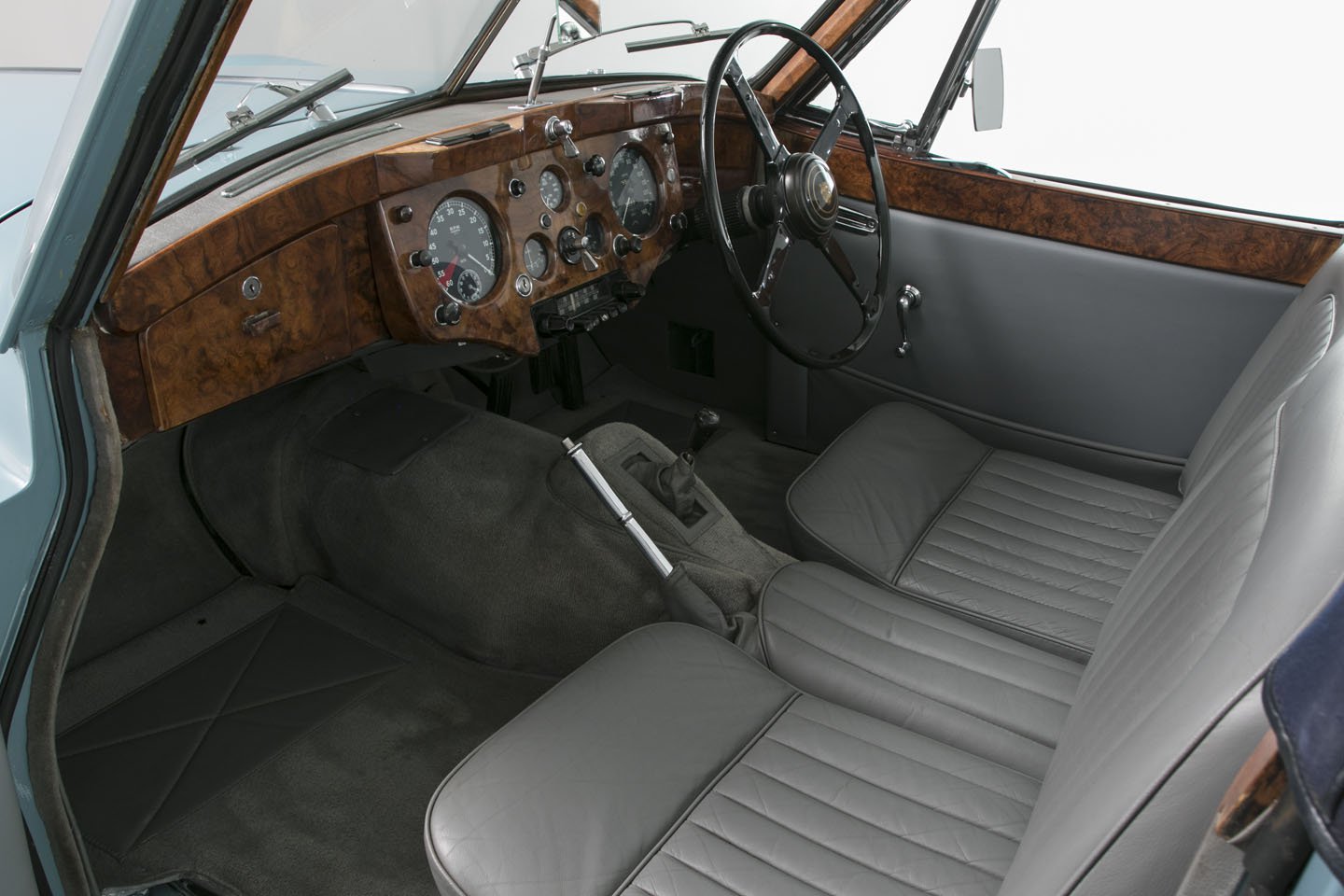 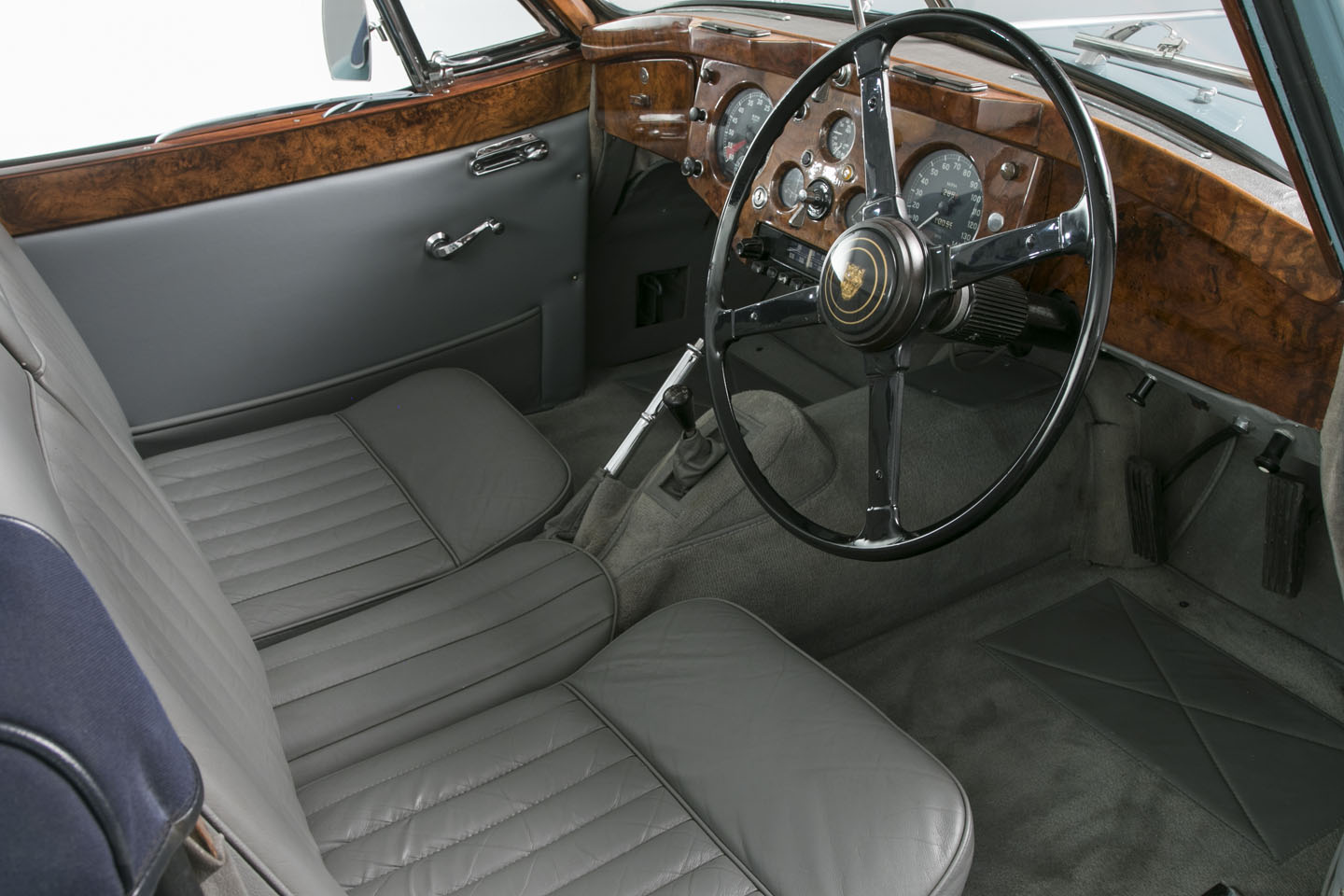 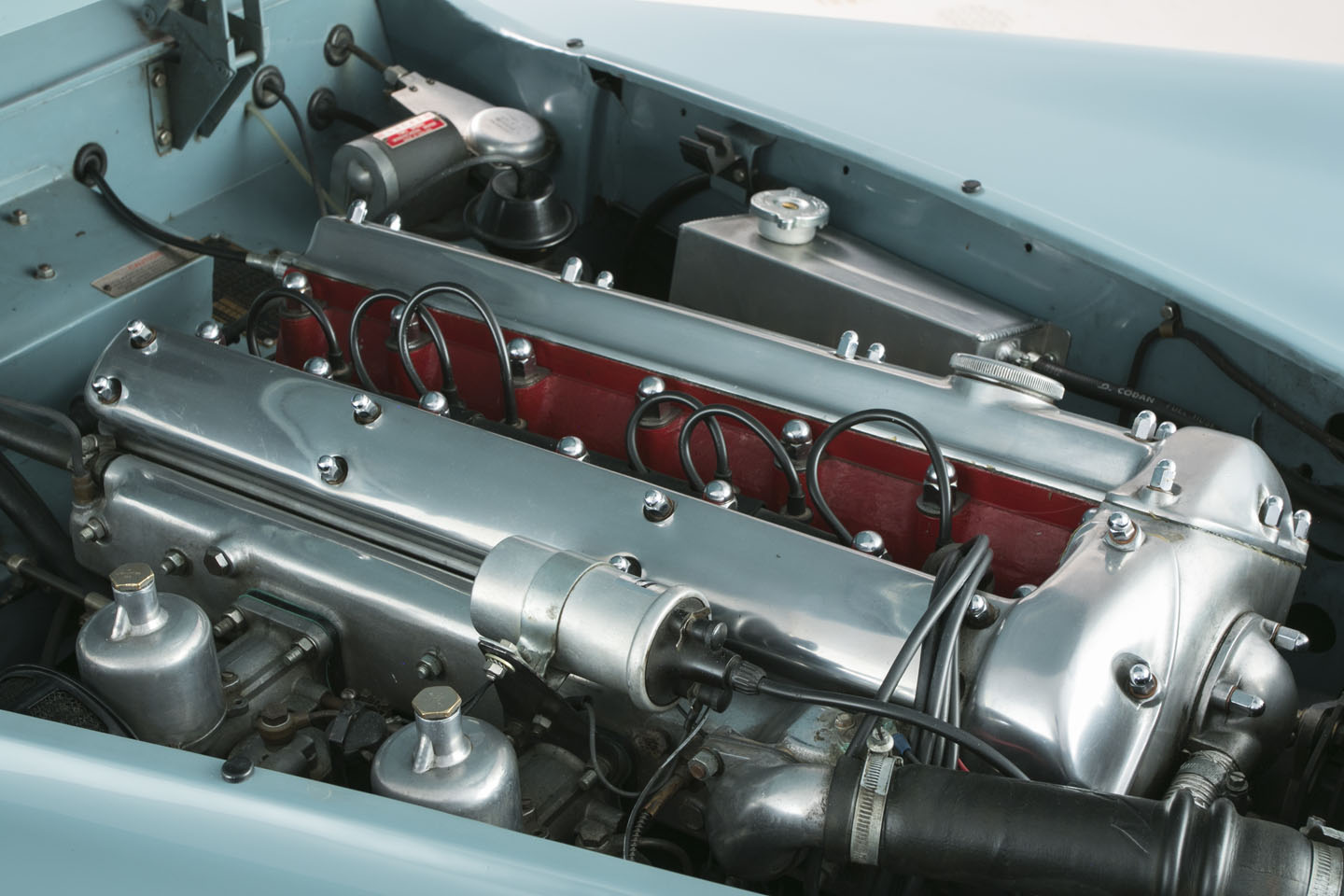 The Jaguar XK 140 was introduced at the 1954 Earls Court Motor Show in London. Comparing it with the previous model, the XK 120 there were a considerable number of changes, some of which had undoubtedly inspired by customer feedback from the American market.

Exterior changes that distinguished it from the XK120 included more substantial front and rear bumpers with over riders, and flashing turn signals (operated by a switch on the dashboard), above the front bumper.

The interior was made more comfortable for taller drivers by moving the engine firewall and dashboard forward to give 3 inches (76 mm) more legroom. Two 6-volt batteries, one in each front wing were fitted to the Fixed Head Coupe, but Drop Heads and the Open Two Seater had a single 12-volt battery. The grille remained the same size but became a one-piece cast unit with fewer, and broader, vertical bars. The Jaguar badge was incorporated into the grille surround. A chrome trim strip ran along the centre of the bonnet and boot lid. An emblem on the boot lid contained the words “Winner Le Mans 1951–3”. The XK140 was powered by the Jaguar XK engine with the Special Equipment modifications from the XK120, which raised the specified power by 10 bhp to 190 bhp (142 kW) gross at 5500 rpm, as standard.

This elegant 4 seat convertible looks wonderful today with its stylish rear spats and original steel wheels. Complete with history file, operating, maintenance and service handbook, and photographic restoration, this Drop Head Coupe is ready for its new owner to cherish. The valuable registration number MBL 999 will also be included in the sale.