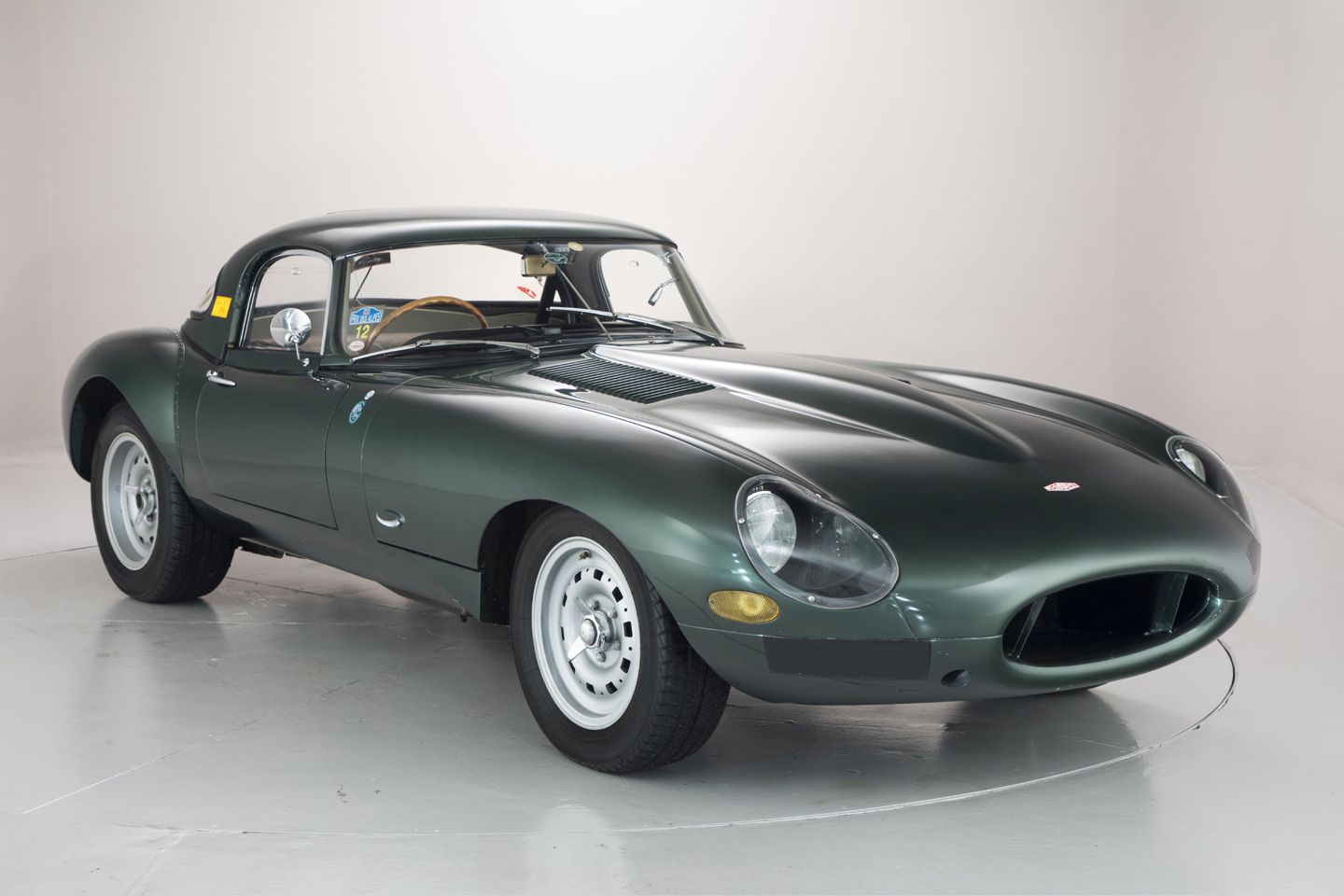 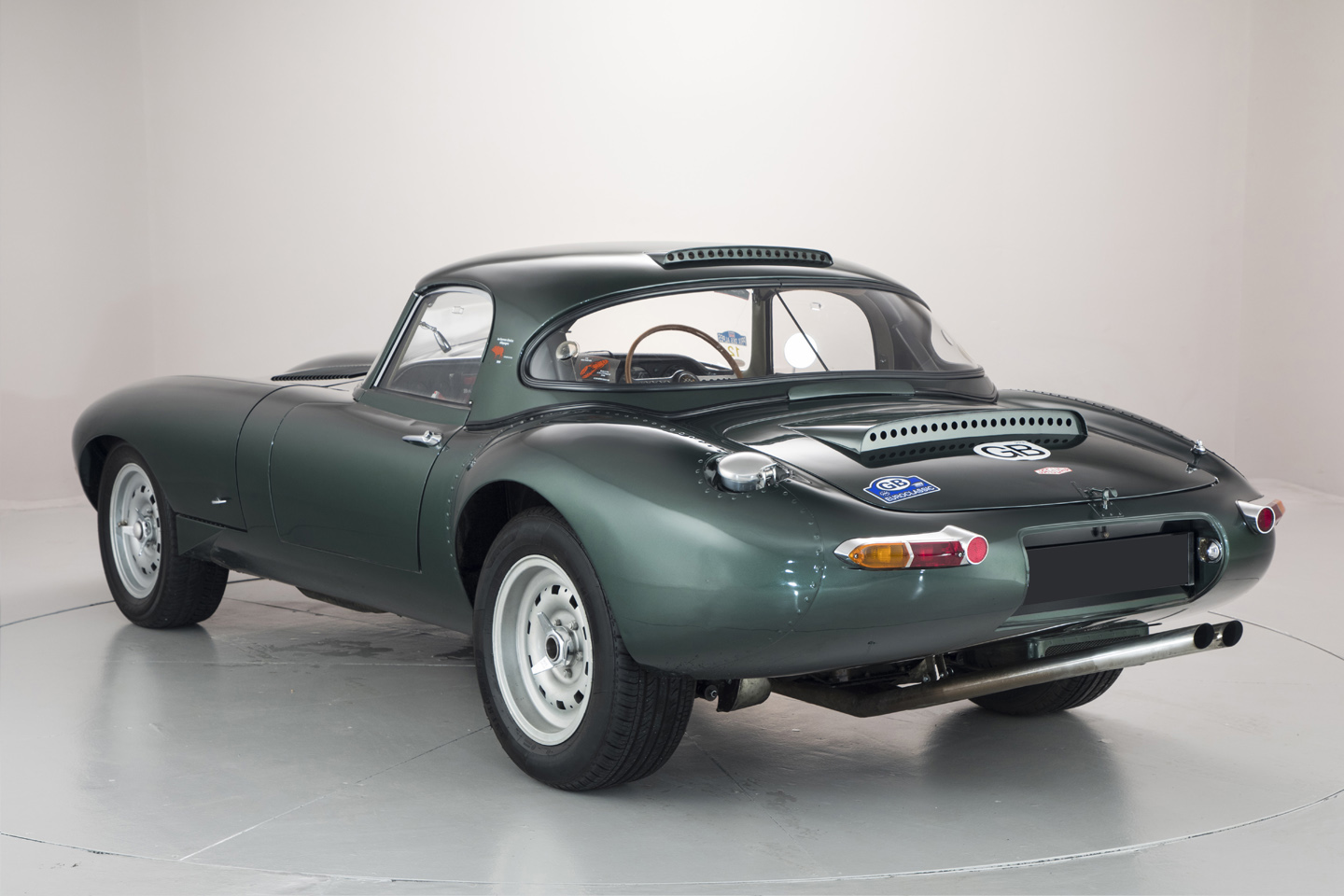 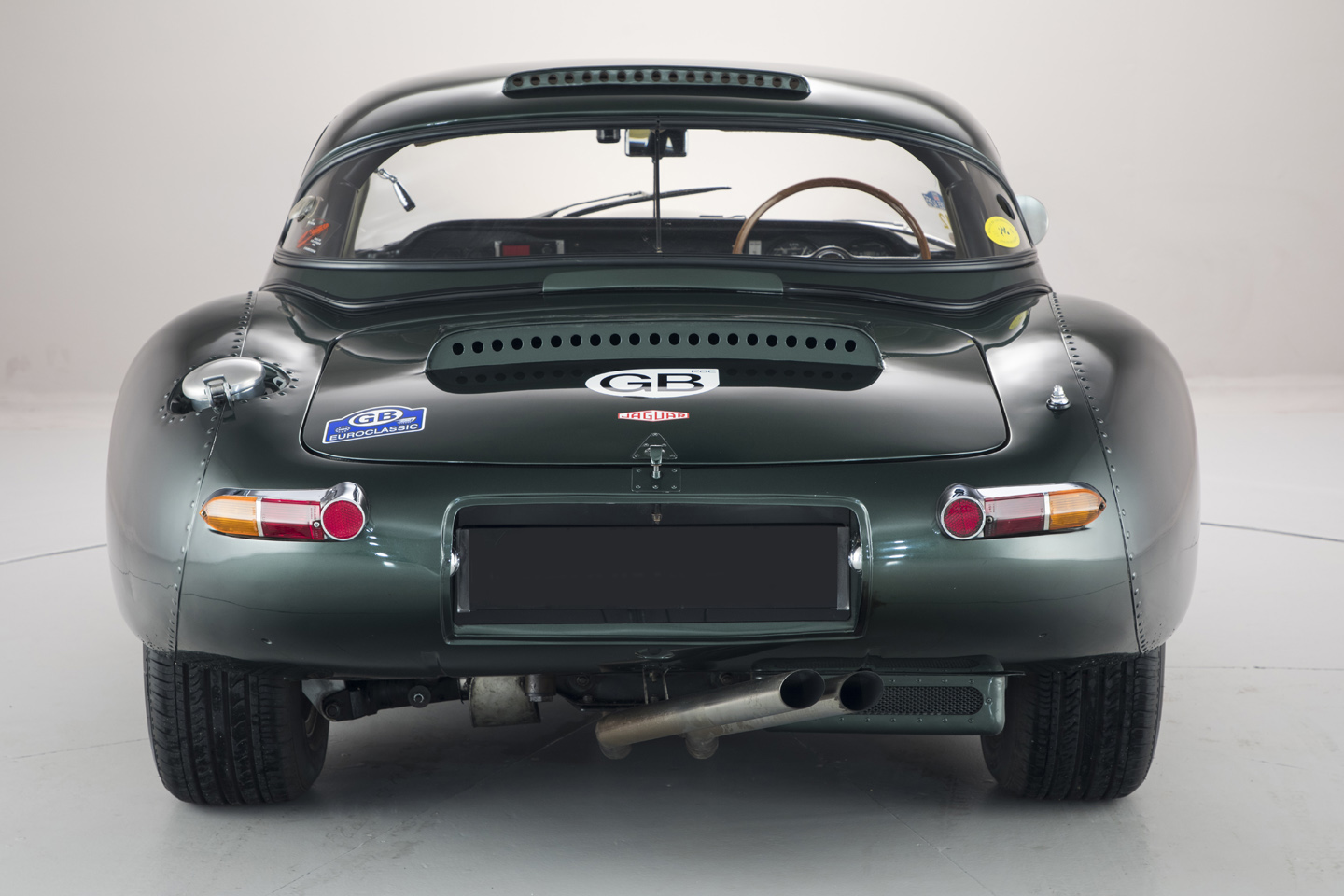 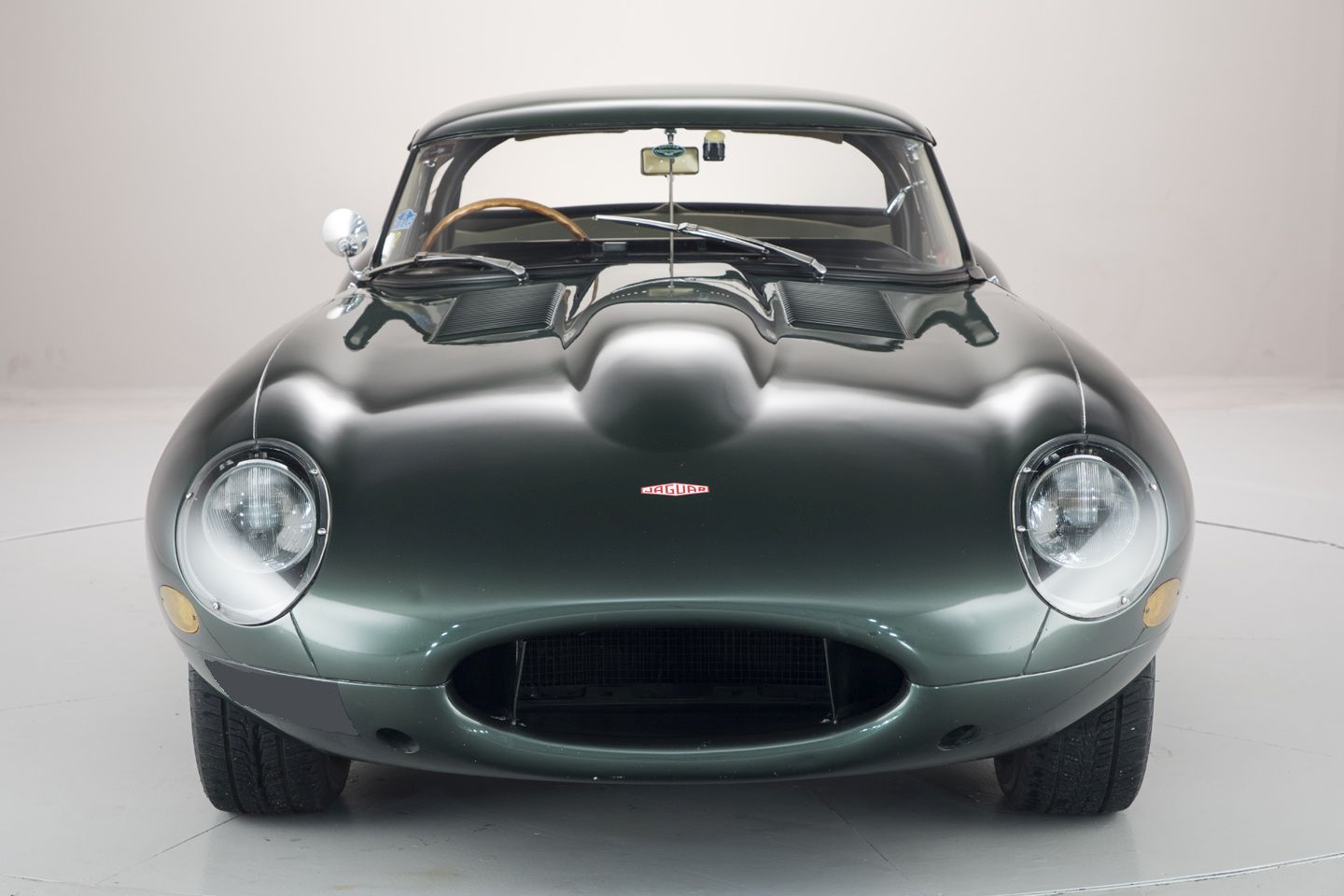 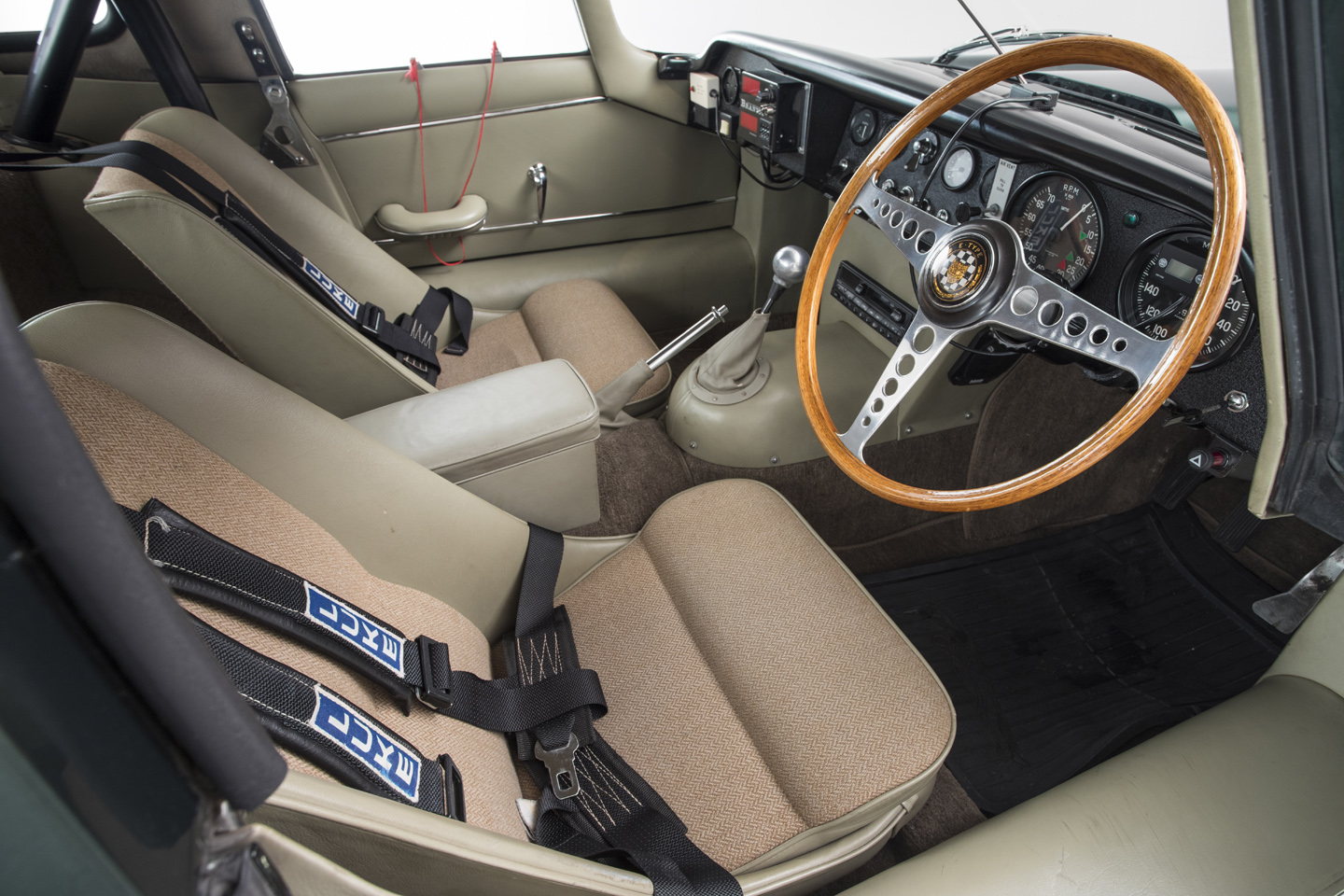 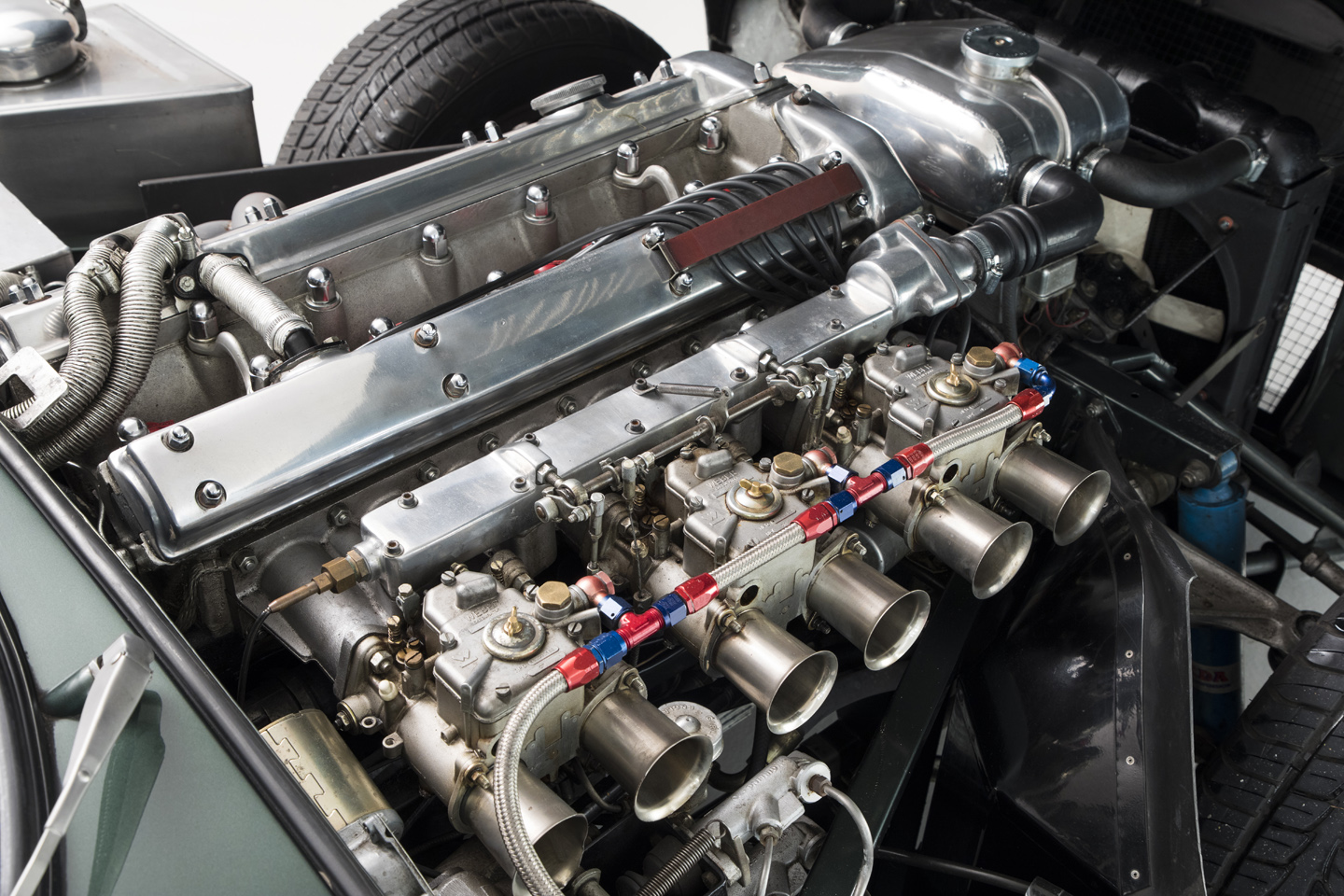 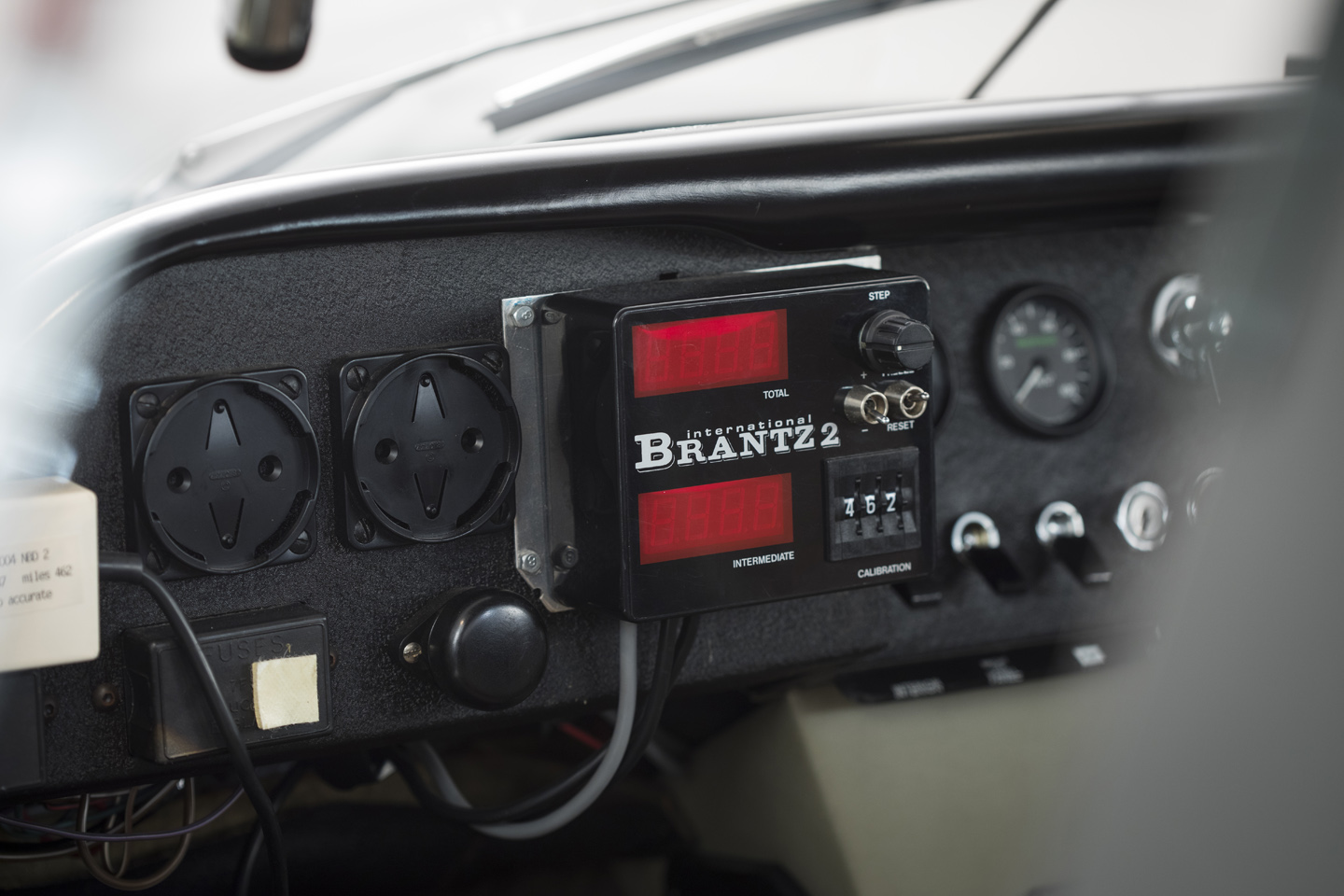 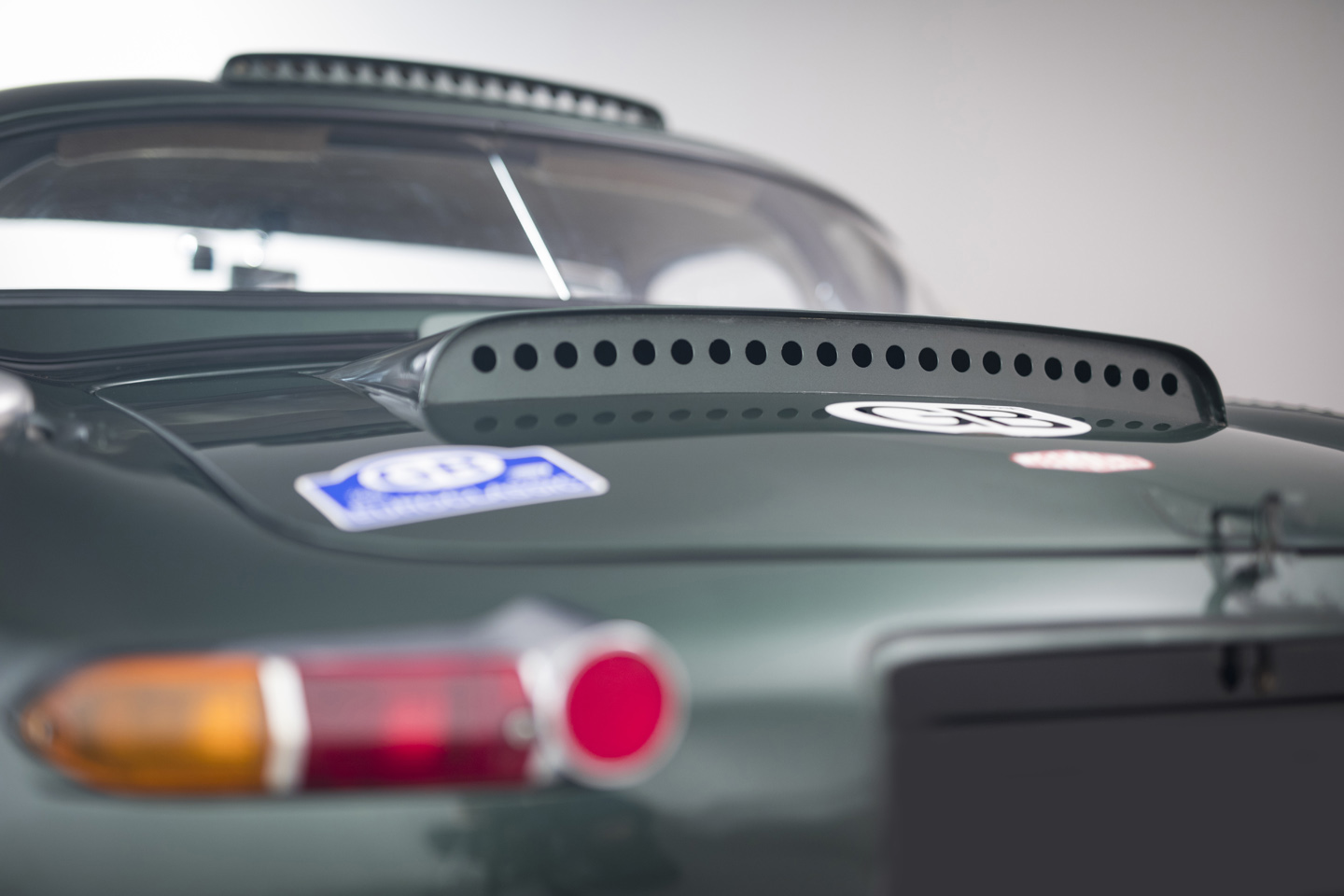 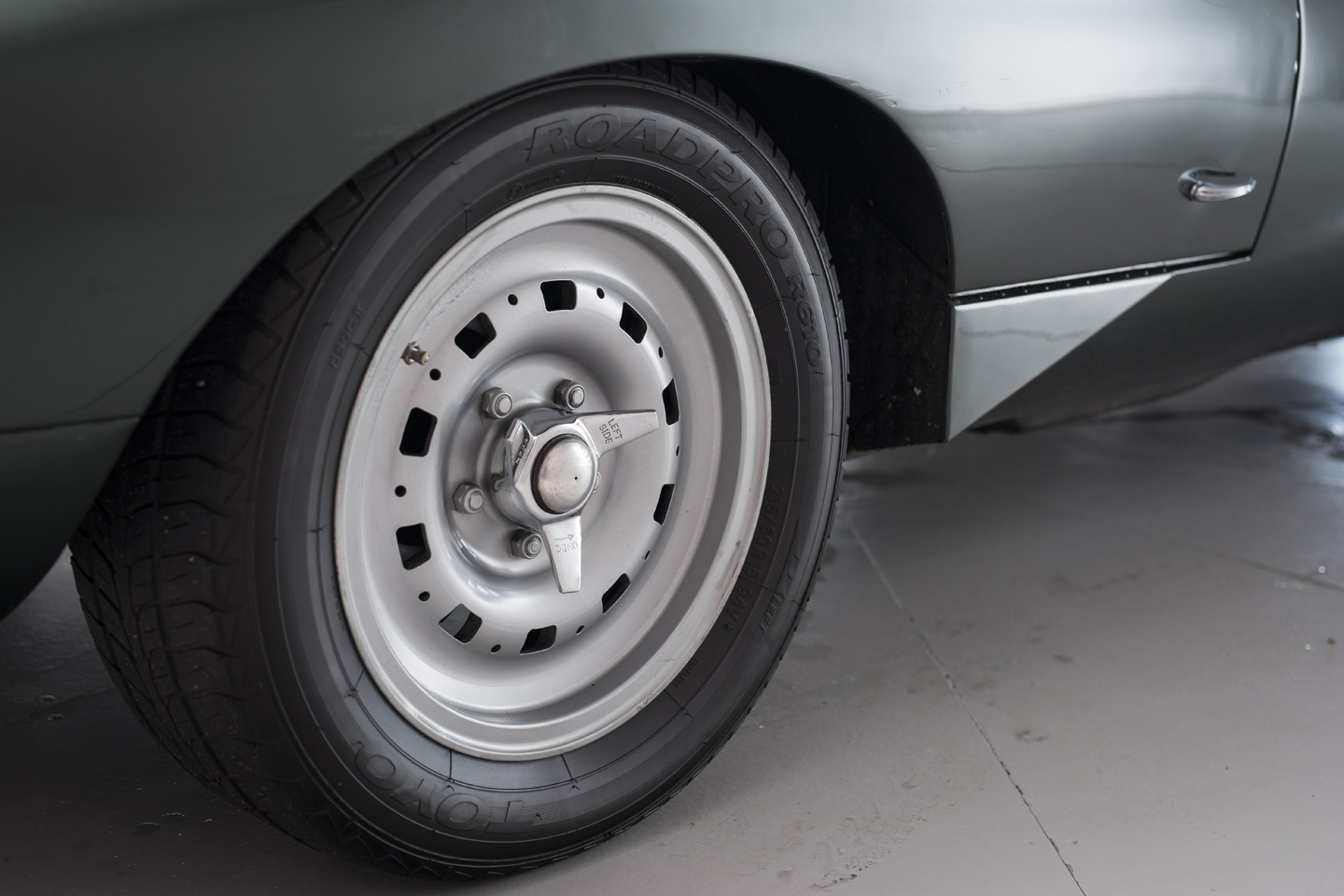 The Late owner Richard Colton, well known philanthropist, who had the pleasure of piloting an ex-Ecurie Ecosse C-Type on the Mille Miglia Storica, commissioned 1R 41065 from one of the world’s leading authorities on Lightweight E Types, Bryan Wingfield of DRL Engineering during summer 1991.

The recognised master in his field, Wingfield only built a handful of `Semi-Lightweight’ Open Two Seaters, a letter on file records only 3 such motorcars in 1991/2, one of which was a low drag coupe. The work of renowned specialist RS Panels, the re-born Jaguar’s alloy monocoque was reinforced via the use of steel for its floor, front / rear bulkheads and internally braced sills not to mention a Safety Devices rollover bar. Lighter yet stiffer than its production equivalent, the resultant bi-metal structure was fitted with uprated suspension (rose-jointed anti-roll bars, adjustable shock absorbers) and more efficient brakes (XJ callipers).

Built by Dave Butcher, the 3.8 litre engine featured D-type camshafts and triple Weber carburettors. Reputed to develop 282bhp and 275lbft of torque, the straight-six was allied to a five-speed manual Getrag gearbox. Riding on correct-type `peg drive’ alloy wheels and clad with alloy outer panels, 1R 41065 is understood to weigh 23.3 cwt with a few gallons of fuel aboard. Visually distinguished from a factory `Lightweight’ by its more steeply raked windscreen, the open two-seater also boasted a properly lined hardtop, Parchment leather / Chiltern Tweed upholstery and full carpet / door trims all by Suffolk & Turley. Writing in the Jaguar Drivers’ Club Newsletter (January 2007 issue), Richard Colton recalled that `The Wingfield Lightweight’ first moved on the road in August 1992. Since then it has covered many miles on the Continent, climbed all the major Alpine Rally passes and competed in:

The car has also had the privilege of being driven on some of the world’s leading motor racing circuits.

It should be noted that the six continuation Lightweights recently completed by the Jaguar factory & reputedly sold for in excess of 1M GBP, (current value in excess of GBP 2m) were built in conjunction with some of the very same experts responsible for 1R 41065!

This magnificent motorcar has just completed a mechanical overhaul at CKL Developments and covered only 24,900 leales since build in the hands of the late Richard Colton & his wife.